Michael Fishman ’11 creates bikes that are both unique and affordable. 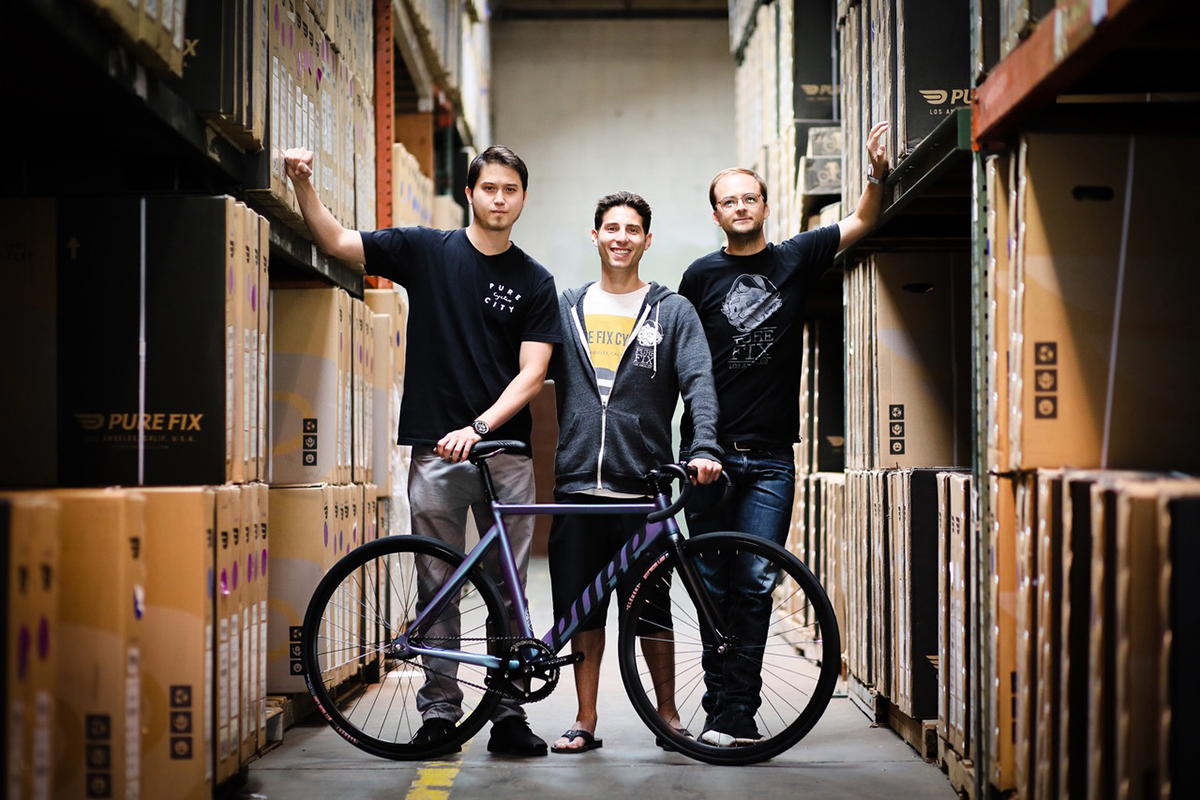 Stoffers, Michael Fishman, and Jordan Fishman (left to right) started Pure Cycles with a mission to “get more people on bikes.” Courtesy of Pure Cycles

“Riding a bicycle is like being a kid again,” says Michael Fishman ’11, who has pedaled his way straight from UW–Madison to cofounding a national company called Pure Cycles.

As a student, Fishman wondered why more UW students didn’t ride bicycles, given the bike-friendly qualities of Madison. Then he realized there seemed to be just two kinds of bikes: cheap clunkers from chain stores and high-enders from bike shops, with nothing in between.

Enter Fishman and some friends since kindergarten: Austin Stoffers ’11 and Zach Schau ’09 and his brother, Jordan. While still seniors, Fishman and Stoffers used their savings to order 165 bikes and sold most of them over winter break in Los Angeles, their hometown. A second order followed quickly, with Fishman using proceeds from a Burrill entrepreneurial award he won from the Wisconsin School of Business.

But these weren’t just any two-wheelers; they hit the market sweet spot between beaters and racers (current price range is $350 to $1,500). “We wanted to build bikes that were unique and stylish for an affordable price,” Fishman says. They worked with manufacturers to find basic components with good quality and kept their focus on the bikes’ looks.

“We came out with 20 colors, most of them modeled after college sports teams,” Fishman adds. After graduation, they went back to LA, found a warehouse, and started their company with a mission to “get more people on bikes.” The “pure” in its name comes from a synonym Fishman and his friends used for “cool.”

They’ve been so successful, in fact, that the company was acquired in 2020 by JBI.BIKE, a bicycle distributorship. Fishman and Jordan Schau continue as brand managers of Pure Cycles.

You may have to wait a bit for a Pure Cycles bike. The entire industry is backed up because of pandemic-fueled demand and raw material shortages. But by the end of this year, you should see Pure Cycles in independent bike stores and REIs around the country.

Fishman not only sells bikes; he sells bicycling. He’s board chair of the LA County Bicycle Coalition, which works to make cycling safer through initiatives like community planning and distributing bike lights.

More than anything, says Fishman, “I love the freedom of a bike. You’re exploring and soaking up your surroundings like you can’t in a car.” It’s that feeling you get from riding something that’s really — to use a Fishman expression — pure.