Grow Your Own Security Like so many of our fellow Badgers who finish Peace Corps service each year, my wife, Amanda Fuller MS’02, and I were traveling home in late 2008. But instead of exploring foreign lands on our way back to U.S. soil, we traveled America by rail in an effort to rediscover what felt like a very different country from the one we left in 2005. In the midst of considerable apprehension about the economy and climate change, we found an amazing amount of hope and interest in sustainable re-localization — especially when it comes to food.

In November 2008, at the close of three years working in agriculture and nutrition in Paraguay, we thought it would be fitting to send a letter to President-elect Obama, urging him to plant an organic kitchen garden on the White House lawn as a model of sustainable living and healthy eating. To our delight, we weren’t the only ones who thought this was a good idea, including the Obamas themselves, who broke ground on their garden in March 2009, as well as the new Secretary of Agriculture, Tom Vilsack, who’s creating a People’s Garden at the USDA.

And it’s not just happening in Washington. Around the country community gardens and farmers’ markets are sprouting like weeds, seed companies are reporting record sales, and we’ve seen inspiring efforts by groups such as Growing Power in Milwaukee, the New Agrarian Center in Cleveland, and The Greening of Detroit, all of which are helping to transform vacant lots, urban blight, and food deserts into highly productive gardens and nurseries.

It’s as though our country has taken a lesson from the Paraguayans we had been sent to help.

Peace Corps volunteers often conclude that, in the end, they learned more than their hosts. As someone who studied sustainable development at UW-Madison, one of the most striking lessons of my service was that being “poor” can mean a dizzying array of things in today’s world; and, thus, helping people get out of “poverty” requires the opposite of the all-too-common, one-size-fits-all development strategy. But, thankfully, one thing was universal in my Paraguayan community: no matter how poor, no one goes hungry.

This realization highlighted for me the importance of something I’d learned about during my UW days, and a concern which now seems to be sweeping the nation. I sat down with my Paraguayan neighbor, Don Hermosa, and did some basic calculations about this. We found that a typical Paraguayan family of eight could achieve food security on a surprisingly small amount of land by growing a year’s worth of basic foodstuffs on little more than a hectare (2.5 acres) and by feeding their animals off another two hectares. They also have the potential to meet many other needs on their land, including yerba mate (a bitter iced green tea made from this native plant is the undisputed national beverage), medicinal herbs (popular and well known throughout the country), sponges (loofahs are native to the region), bamboo, sugar, honey, green manures, lumber, firewood, and a bounty of fruit.

And in an age when we are becoming acutely aware of the problems of oil addiction, imagine a world in which draft animals are still used to work the land and transport goods. When I’d wave to Hermosa rambling down the red earth road on an oxcart, I often felt as though I’d stepped back in time; but in a post-peak-oil world, perhaps he’s rambling on ahead of us, like the tortoise overtaking the hare.

The simple fact that Hermosa’s family is capable of producing most of what they need means that they are living much more sustainably than the vast majority of us in the “developed” world. While we typically measure success and progress by how much farther we can detach ourselves from the land, many of us are starting to realize that — from a sustainability perspective — the measures run in the opposite direction. This is why I have tremendous hope for societies like Paraguay’s, and I believe that the corner we’re finally turning in the U.S. is such an important milestone. Fortunately, there’s still time for us to learn from one another.

Justin Mog and his wife are proud graduates of the Gaylord Nelson Institute for Environmental Studies, and he now works at the University of Louisville as the first-ever assistant to the provost for sustainability initiatives. 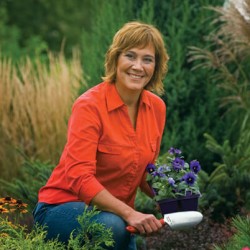 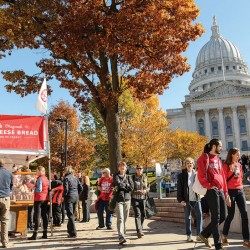