In the nearly six and a half years it took Tony Dreyfuss ’97 to graduate with a philosophy degree, he’d held just about every possible odd job in Madison: delivering Big Mike’s Super Subs and Rozino’s pizzas, selling Fudgesicles from an ice-cream truck on campus, driving a Badger cab. In between — and sometimes during — his shifts, he sat in Steep & Brew on State Street nursing a cup of coffee. “I loved the culture,” he says. “There were all shades of people there.”

In the academic realm, Dreyfuss found French existentialist philosophy “sexy.” But when he finally graduated, he had no idea what he wanted to do with his life. So Dreyfuss and his then-girlfriend-now-wife, Karen Stachura Dreyfuss ’99, moved to Portland, Oregon.

He got a job at a Peet’s Coffee as a floor sweeper, and almost immediately found himself obsessed with high-quality joe. Dreyfuss worked his way up to trainer and shift leader before joining the management team. Meanwhile, his father, an Indonesian-language professor at the University of Washington, was similarly smitten with coffee after befriending the master roaster at Seattle’s acclaimed Café Vita.

Dreyfuss’s philosophy background prepared him to deliberate ideas slowly, but impulse took over when he and his father attended the mecca of all things java, Seattle’s Coffee Fest, in 2001. With little hesitation, they bought a $40,000 roaster. And not owning a coffee shop where they could put it did not deter them; they decided to build one. After months of scouting locations, Dreyfuss — who had by then moved to Chicago — settled on a spot near Loyola University Chicago’s Lake Shore campus in the diverse Edgewater neighborhood.

Dreyfuss and his father named the shop Metropolis Coffee Company, after Tony’s interpretation of Plato’s writings about the order of the polis in The Republic. “I think that the idea of a collection of city-states where everyone lived free from conflict is amazing,” he says, noting a definite parallel with the eclectic assemblage at Metropolis, where immigrants from Ethiopia sit alongside those from Pakistan, India, and Korea, and students and professors lounge with cab drivers and accountants.

Since Metropolis opened in 2003, it’s garnered publicity in publications ranging from Saveur (which named the shop’s single-origin San Rafael Lot 1 coffee one of the nine best in the country) to London’s Evening Standard. The key to Metropolis’ success? “We’ve stayed true to our mission,” says Dreyfuss. “All we want to do is ensure that everyone can get a great cup of coffee.” 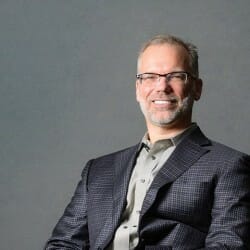 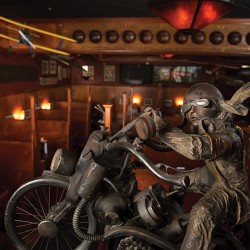