After immersing himself in UW movie culture, Michael Pogorzelski ’94, MA’96 became one of the country’s leading preservationists. 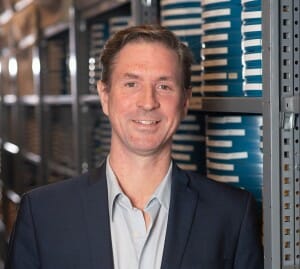 Pogorzelski: “Any art form that influences so many people deserves to be preserved, studied, and understood.” Courtesy of Academy of Motion Picture Arts and Sciences

A screening of Bambi changed Michael Pogorzelski ’94, MA’96’s life, setting him on a course to become one of the country’s leading film preservationists. He was four years old.

“It was a devastating experience,” says Pogorzelski, director of the Academy Film Archive in Los Angeles. “I remember crying in the theater when Bambi’s mom dies. But I was fascinated and couldn’t wait to find out what happened next. I came out of it just wanting more.”

A film nerd — as Pogorzelski calls himself — was born. And for a member of that club, UW–Madison in the 1990s was paradise. The university had one of the nation’s best film studies programs, and Pogorzelski immersed himself in the culture. He reviewed movies for the Badger Herald, processed student films, and worked as a projectionist for campus film societies.

“The UW gave me all the tools I’d need to know how to fix things that can go wrong with film,” he says.

Pogorzelski moved to Los Angeles with the idea of becoming a screenwriter. Instead, he landed a job as an archivist at the Academy Film Archive, which preserves, restores, documents, and exhibits films as part of the Academy of Motion Picture Arts and Sciences (AMPAS). Interested in a home movie by director Alfred Hitchcock? Or a Thomas Edison film loop from the 19th century? The Academy Film Archive is the place to find these treasures, along with more than 200,000 other items that AMPAS has collected since the 1920s.

Pogorzelski soon worked his way up to director of the archive, charged with preserving significant contributions to movie history. His career has had its grungy moments, like digging for reels of film in donors’ basements. But it also has its glamorous ones, such as strolling down the red carpet at the annual Oscar ceremony.

Best of all for Pogorzelski is the chance to indulge his love of film restoration, using skills he developed at UW–Madison. With the latest technical wizardry, he makes classics like How Green Was My Valley and All the King’s Men look and sound as good as they did when originally released.

It’s a mission perfectly suited to someone who recognized the cinematic power of Bambi as a preschooler.

“Movies have proven themselves to be more influential than any other art form,” Pogorzelski says. “And any art form that influences so many people deserves to be preserved, studied, and understood.” 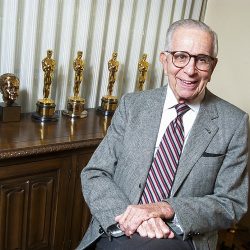 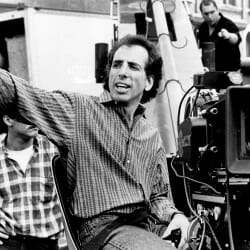