The Race to Stop Zika

UW scientists hope that quickly sharing results will generate answers about the virus. David O’Connor is doing something extraordinary for a scientist: the UW pathology professor is sharing his results daily.

His lab is studying the Zika virus, and he’s hoping that posting data online in real time will allow public health policymakers and other researchers to work on tests, treatments, or vaccines much sooner. If the results followed the traditional route, they would take months or years to become public via scientific journals. Instead, O’Connor’s lab posts results on a blog and updates followers via its Twitter feed, @dho_lab.

The effort began in October, when O’Connor last visited Brazil, where babies born with underdeveloped brains and small heads were the relatively quiet beginning of worry over the spread of the mosquito-borne virus. One of his Brazilian collaborators asked whether technologies developed on their decade-long research program studying drug-resistant strains of HIV could be used to look for new viruses that might explain some unusual cases of a birth defect, microcephaly, in the northern part of the country.

“At the time, we didn’t know it would explode into the public consciousness like it did,” O’Connor says. “But we did start planning.”

That culminated in some of the first experiments studying Zika virus in monkeys, conducted by a broad UW–Madison team that includes the Wisconsin National Primate Research Center and expertise in infectious disease, pregnancy, and neurology.

Until recently, Zika was an understudied virus expected to cause little more than flu-like symptoms — the Centers for Disease Control and Prevention lists fever, joint pain, and headaches — in about 20 percent of the people it infected. But the rapid spread of the virus and its connection to an otherwise rare birth defect have drawn plenty of attention from the public and government officials.

Many questions remain about the virus, and their answers are hotly anticipated, says Thomas Friedrich ’97, PhD’03, a UW associate professor of pathobiological sciences, adding, “There are a lot of countries in the tropics right now saying, ‘Don’t get pregnant until 2018.’ That’s not a sustainable public-health recommendation.” 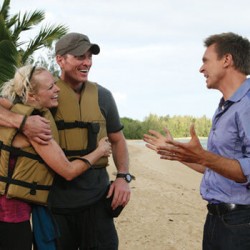