Though it was hardly one of the great controversies of the 2008 presidential campaign, one issue resonated with UW linguists: why does Sarah Palin sound like a Midwesterner?

Palin, the Republican vice presidential candidate, grew up in Wasilla, Alaska, far from the Great Lakes, and yet many media figures noted that her speech patterns made her sound like she came from northern Minnesota or Wisconsin.

“When she was first named John McCain’s running mate, a lot of people in the popular press said she sounded like she was from the Midwest,” says English professor Eric Raimy. “This made us wonder: what do people really know about dialects?”

Dialects are important to Raimy, who along with German professor Joseph Salmons and linguistics professor Thomas Purnell, runs a project called Wisconsin Englishes, a study of the linguistic traits that differentiate Midwesterners from those elsewhere in the country. In November 2009, the three professors published an article in the Journal of English Linguistics noting the characteristics of Palin’s Wasilla dialect, which combines aspects of Midwestern and Western speech patterns, and hypothesizing how that combination came to be.

“We know that there was an influx of Midwestern migrants to the Wasilla area in the 1930s,” says Raimy, and those migrants brought Midwestern dialect with them. “Although it’s been seventy or eighty years, which is enough time for that dialect to differ from here, the echoes of Midwestern speech remain.”

To analyze Palin’s dialect, Raimy, Purnell, and Salmons examined her speech patterns during her October 2008 debate with Democratic vice presidential candidate Joseph Biden. While repeatedly viewing a digital recording of the debate, each scientist quantified different aspects of the way Palin spoke, comparing the numbers with Biden’s speech patterns and with what they know about various American dialects. Purnell monitored Palin’s pronunciation of vowels, while Salmons tallied her dropped g’s (pronouncing, for instance, the word pronouncing as pronouncin’), and Raimy followed her word usage (especially such informal euphemisms as heck and darn or the phrase you betcha, which became widely associated with Palin).

Raimy admits that Palin’s speech patterns may not have much scientific import, but he says that popular views about her dialect shed interesting light both on language and culture. The campaign, he says, “offered a unique opportunity to talk about dialect identity and perception. It’s interesting to look closely at a dialect and the ways people react to it.” 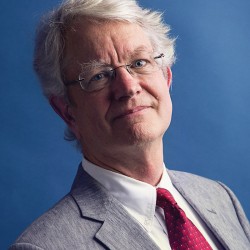