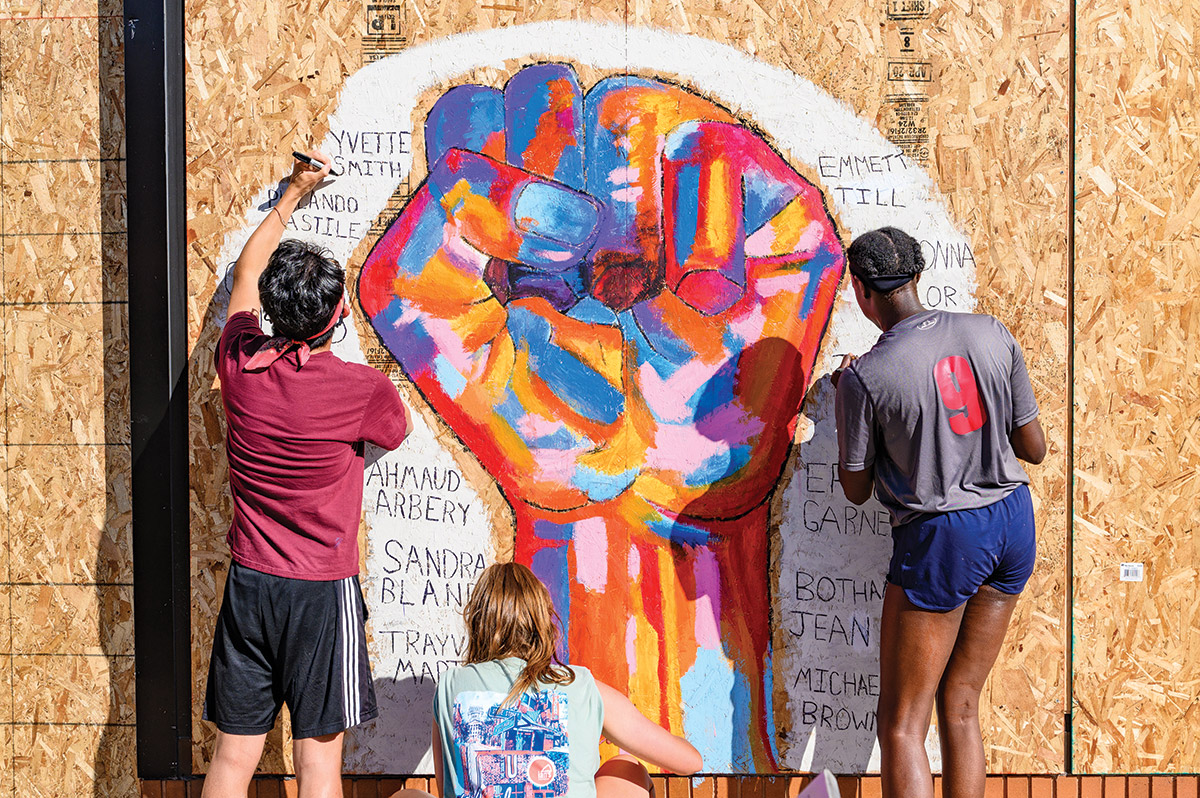 All along State Street, local artists transformed a scene of despair and destruction into a blocks-long exhibit of hope and remembrance. In late May, peaceful protests during the day devolved into unrest overnight, with many downtown buildings experiencing broken windows. At dawn, volunteers filled the streets to clean up debris while store owners covered window openings with plywood. By mid-June, the City of Madison had commissioned 140 local artists, many of them people of color, to create 112 vibrant murals covering the blight.

Like others across the country, the city has experienced sustained — and largely peaceful — protests since the police killing of George Floyd in Minneapolis. The message is clear: Black Lives Matter, and it’s time for reform to end systemic racism.

UW–Madison students Daniel Ledin x’22, Molly Pistono x’22, and Courtney Gorum x’23 painted a tribute to victims of police violence and racial injustice, encircling a colorful solidarity fist with their names. “With the whole movement going on, we wanted to do something and contribute to our community,” Gorum told WISC-TV in front of the mural at the downtown Community Pharmacy.

Several campus properties were also damaged during the protests, including the Chazen Museum of Art, Memorial Union, Ogg Hall, and Alumni Park.

As businesses began to repair their windows, the City of Madison worked to collect the murals and plan an exhibit. For weeks, State Street was unrecognizable. But for the artists, it was a massive, collective canvas for change.

“We will always remain in awe of the strength and courage it took for them to transform broken glass and broken hearts into something powerful and beautiful,” said Karin Wolf ’97, MS’06, arts administrator for the City of Madison. 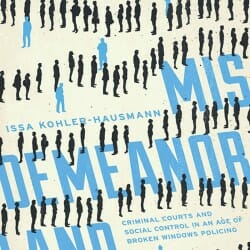 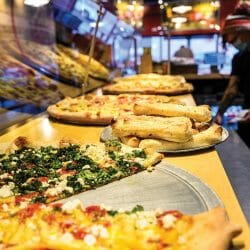