The Wisconsin Longitudinal Study (WLS), conducted by UW-Madison researchers since 1957, has compiled a treasure trove of data used by researchers worldwide.

Over the years, WLS has gathered information by mail and telephone, studying more than ten thousand individuals starting when they graduated from high school. But now, for the first time, the researchers will conduct in-home interviews, which will include cognitive assessments and collecting height, weight, waist, and hip measurements that are predictors of health.

Participants also will demonstrate grip strength, lung capacity, and other physical abilities, such as walking a measured distance at a normal pace, and answer questions about economic situations, marriages, and relationships with their kids. Given that participants are about seventy-one years old, and some have hearing problems, the in-person conversations will be easier than those conducted by phone.

Researchers will also collect DNA samples not already on file; the samples will allow testing for genes that indicate tendencies for conditions such as Alzheimer’s disease, cancer, diabetes, obesity, and longevity. And four to five thousand siblings of study participants will also be interviewed.

“I really like the fact that we are going to have an opportunity to talk to these folks firsthand. So much of our contact with them has been indirect over the years,” says Robert Hauser, a UW sociology professor and WLS director. “They’ve just been wonderful about sharing their lives with us.”

The study — one of the longest and most respected sociological investigations ever undertaken — started with 10,317 people. During the most recent survey in 2006, about 8,900 were still alive and some 7,500 participated, a high response rate for a long-term research project.

Hauser won two grants earlier this year from the National Institute on Aging to fund the home interviews, a time-consuming and expensive process that will begin in March and is expected to take at least a year. The study will require some travel, too, as about 30 percent of participants live outside Wisconsin.

“There are participants literally all over the world,” Hauser says. 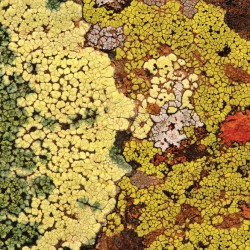