A Fight for Linguistic Justice 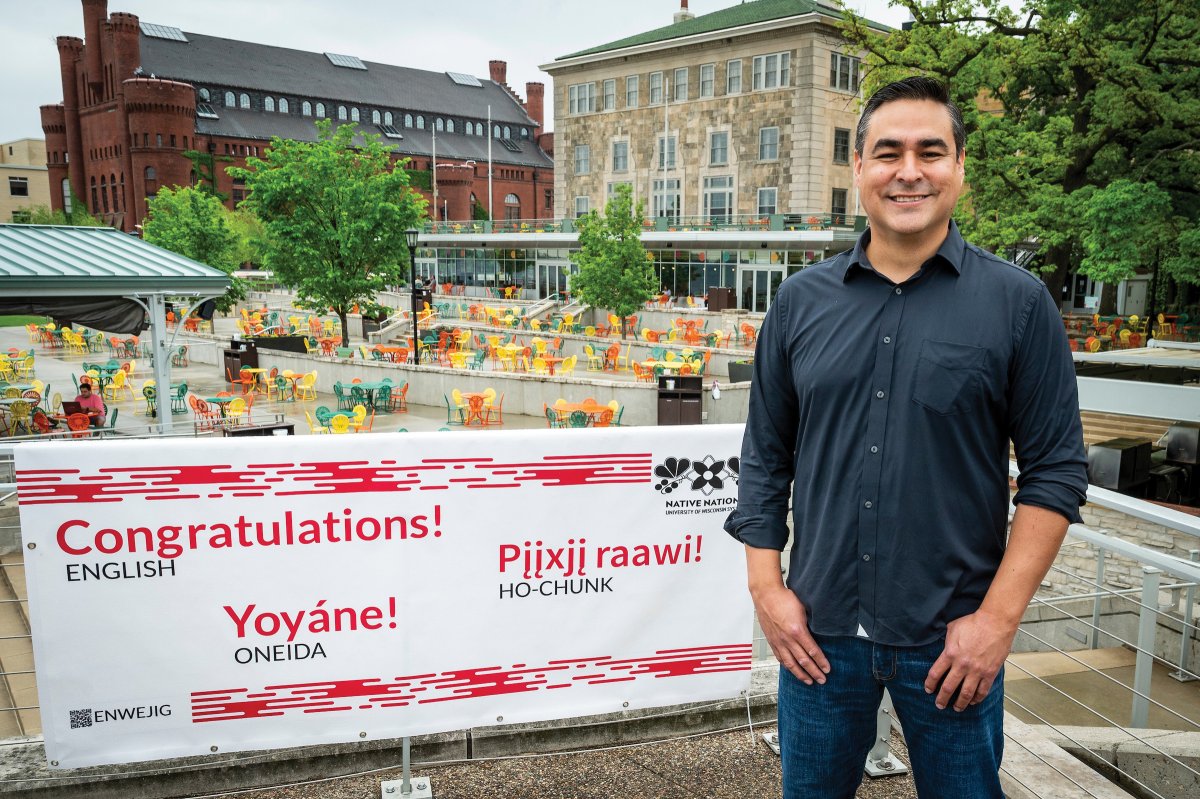 McInnes: Linguistic justice would mean that every Indigenous child has at least the right to learn their own language. Bryce Richter

A new campus initiative is fostering awareness about the first languages spoken in Wisconsin.

Enwejig (pronounced ain-WAY-young) Indigenous Language Advocates is a group of professors, graduate students, and other campus partners who are committed to the preservation and promotion of Indigenous languages. Enwejig is an Ojibwe word meaning “those who speak.” Paramount of the group’s many goals is bringing linguistic justice to languages that have named nearly every corner of the state, but whose speakers are few.

“Under 500-some years of colonization, not only has there been a hope that Indigenous languages would disappear, but there has been active work to destroy and to outlaw those languages,” says Brian McInnes, an enrolled member of the Ojibwe nation, descendant of the Wisconsin Potawatomi tribe, and associate professor of civil society and community studies and American Indian studies at the UW. “Linguistic justice would mean that every Indigenous child has at least the right to learn their own language.”

Enwejig’s efforts encompass myriad facets of language revitalization, both on campus and across the state. Their programs include Project ENABLE, which incorporates Diné Bízaad — the language of the Navajo people — into the study of biological concepts; Nisinoon, a cross-linguistic database of words that compose the Algonquian languages; Tribal Libraries, Archives, and Museums, a partnership with the Information School (iSchool); and increased signage in Indigenous languages around campus.

According to McInnes, this work on the UW campus, which occupies ancestral Ho-Chunk land, can serve as a starting point for reckoning with a fraught past.

“When we try to think of truth and reconciliation, [we think about] our history — but what can be our future?” McInnes says. “Sometimes we don’t have a starting place, [but] this is something we can do: the restoration of Indigenous languages, the sign-posting of Indigenous terminologies and expressions and ideas, and the learning and use of those things by our campus community.”

For Enwejig, a hopeful future includes degree programs built around Indigenous languages so that students can take this work across the country.

“We have a dream of ensuring that our tribal language is the first language of our community,” McInnes says, “that the notions and the philosophies and the wisdom within our tribal languages enrich who we are as a people, how we do things, how we relate to each other, and how we are defined on the earth.” 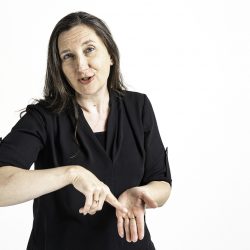