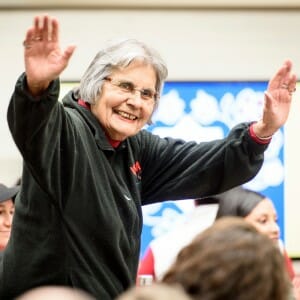 Deer was the first American Indian woman to run for Congress in Wisconsin. Bryce Richter

Ada Deer grew up on Wisconsin’s Menominee Indian Reservation in a log cabin with no running water or electricity. She attended UW–Madison on a tribal scholarship, becoming the first member of the Menominee tribe to earn a UW–Madison degree. It was the first of many firsts. Next up: she became the first American Indian to earn a master’s degree from Columbia University’s School of Social Work.

Deer worked relentlessly on behalf of the Menominee in their struggle to restore their land and sovereignty. In the 1950s, the federal government initiated a national termination policy that Deer describes as a “cultural, legal, and economic disaster” for affected tribes.

The Menominee tribe was the first to resist the policy and worked to achieve a historic reversal that set a legal precedent, which was later used by other tribes. The work of their grassroots organization, DRUMS (Determination of Rights and Unity of Menominee Shareholders), resulted in the passage of the Menominee Restoration Act in 1973. Deer was then elected as the first woman to chair the tribe in Wisconsin. She said later, “At Menominee, we collectively discovered the kind of determination that human beings only find in times of impending destruction. Against all odds, we invented a new policy — restoration.”

Deer returned to UW–Madison in 1977 as a lecturer in the American Indian Studies Program and the School of Social Work, and in 1992, she became the first American Indian woman to run for Congress in Wisconsin.

The following year, President Bill Clinton appointed her as the first woman to serve as Assistant Secretary–Indian Affairs at the U.S. Department of the Interior. One of her most important works in this role was applying her powers to federally recognize 226 Native villages in Alaska, as well as helping to set policy for more than 550 federally recognized tribes.

From 2000 to 2007, Deer directed UW–Madison’s American Indian Studies Program. In 2010, she was recognized by the National Association of Social Workers as a Social Work Pioneer for her work as an advocate and organizer on behalf of American Indians. Deer credits her mother, also a fierce advocate for American Indians, for her confidence and dedication to social justice for all people. “I speak up. I speak out,” she says. “I want to do, and I want to be, and I want to help. And I’ve been able to do it.” 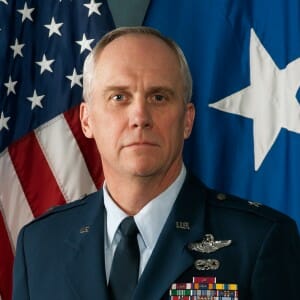 Gary Ebben was inspired to go into military aviation by his older brother, Dale Ebben ’64, who was an Air Force fighter pilot.

Gary retired in 2019 as an assistant adjutant general for air of the Wisconsin Air National Guard. After earning his UW bachelor’s degree in electrical and computer engineering, Ebben pursued Air Force pilot training. As a command pilot, he has logged more than 3,000 flying hours, including 64 combat missions in support of Operation Iraqi Freedom.

Ebben enlisted in the Wisconsin Air National Guard in 1981 while attending UW–Madison. He rose through the ranks to become vice commander of the 115th Fighter Wing, a unit based in Madison that serves in Iraq and Afghanistan. After 9/11, Ebben oversaw the unit’s rapid conversion to readiness for active-duty service. He then became commander of Wisconsin’s Volk Field Combat Readiness Training Center near Camp Douglas. At the time of his retirement, Ebben’s role entailed leading nearly 10,000 airmen and soldiers, as well as the entire Wisconsin Department of Military Affairs, which also includes Wisconsin Emergency Management.

Reflecting on his career, Ebben has been struck by the fact that “we have so many tremendous young men and women in this country — extraordinary individuals who are willing to serve their country and commit to a purpose bigger than themselves. I have been incredibly fortunate to have had the opportunity to wear the uniform and serve alongside them.”

He has been involved with the UW’s ROTC program, providing shadowing and mentoring opportunities. He is active with the Wisconsin National Guard Challenge Academy for high school at-risk youth, and he helped create the Wisconsin Guard’s STARBASE program for fifth-grade science, technology, engineering, and math. Ebben is also an active supporter of the Badger Honor Flight, a program that gives veterans the opportunity to see memorials that have been erected in their honor.

One of his former supervisors, the late Major General Al Wilkening, said that Ebben’s strengths combine an engineering mind with exceptional human-relations skills. “I’ve supervised hundreds of officers in my 40-year career,” he said, “and I’d put Gary in the top 1 percent.” 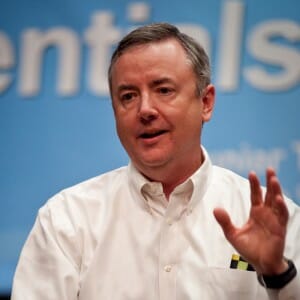 Falk: “Never stop being curious about the world around us and the people who live in it.” Courtesy of Kimberly-Clark

Tom Falk grew up in the Milwaukee area as the oldest of nine children. After earning his UW accounting degree, he began his career with what is now Grant Thornton, and in 1983, he joined Kimberly-Clark, known for brands such as Kleenex, Huggies, Scott, Kotex, Cottonelle, and Depend.

The company sent him to Stanford to earn a master’s degree in management, and he steadily worked his way up the ladder, serving as chair of the board and CEO for 16 years before retiring at the end of 2019.

During Falk’s 36-year career, Kimberly-Clark’s total shareholder return outperformed the S&P 500, and he was instrumental in transforming the company into a global leader in consumer products. Over the years, Falk has garnered numerous accolades for his business acumen. Forbes magazine has described him as an “operations wiz,” and Barron’s said he was “a master of efficiency” who ended each day with an empty in-box.

Falk was a key player in the company’s acquisition of Scott Paper, and also in the turnaround of European operations, achieving major efficiencies. He was the chief architect of Kimberly-Clark’s global organizational structure and Go to Market initiatives, which saved more than $200 million in two years by reducing costs in the supply chain. Falk also led sustainability initiatives and increased gender diversity during his time at Kimberly-Clark. An avid reader, he made a habit of preparing an annual booklist so that his team could get to know him better.

Falk has served on the board of visitors for the UW’s business school and has chaired the board for the UW Foundation. Falk and his wife, Karen Falk ’80, have been generous with UW–Madison, supporting endowed faculty chairs and scholarships in both the Wisconsin School of Business and the School of Education, from which Karen graduated.

Falk serves on the boards of Lockheed Martin and the Federal Reserve Bank of Dallas, and as a national governor of the Boys & Girls Clubs of America. He chaired the United Way of Metropolitan Dallas’s 2013–14 fundraising campaign, and he and Karen chaired the 2019–20 campaign. They also made a generous gift to the organization’s Coronavirus Response and Recovery Fund.

Falk says that the motto he has lived by is “Never stop learning. Never stop being curious about the world around us and the people who live in it. They will teach you something new every day.” 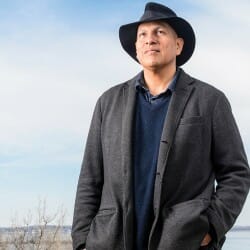