A Champion for the Birds 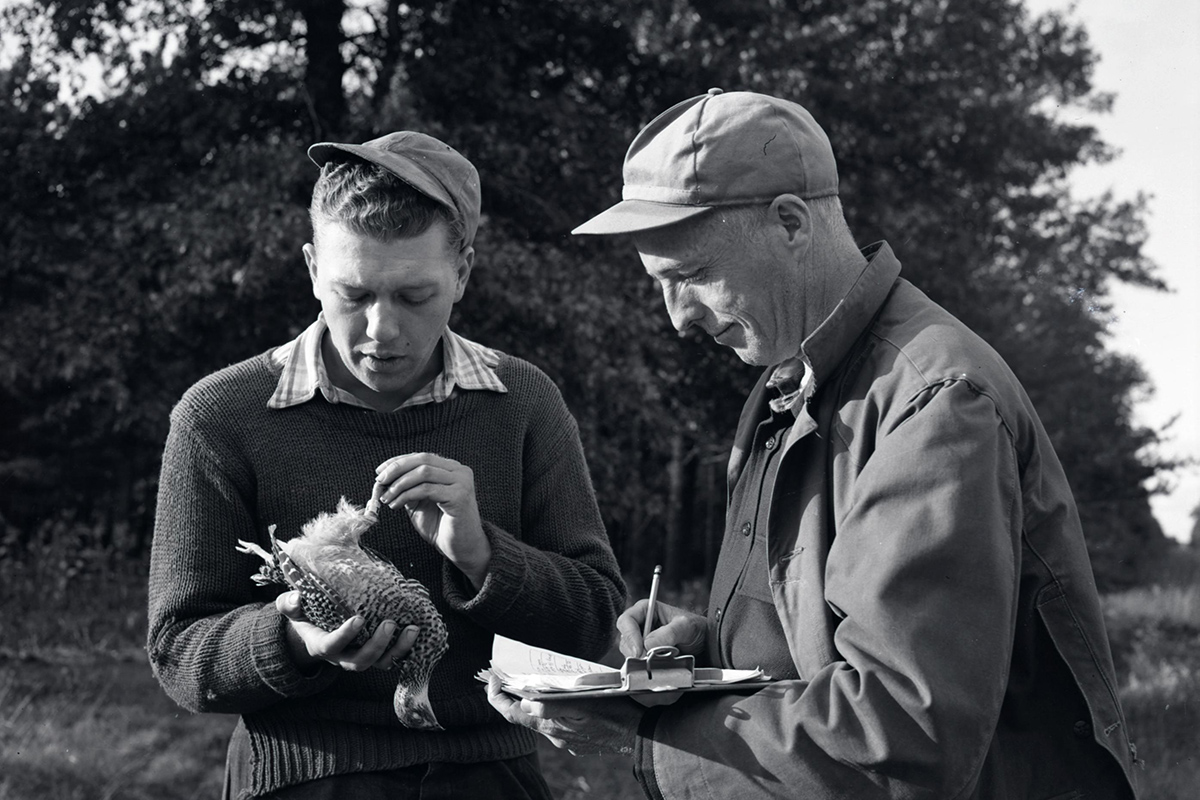 Hickey (right) was a central figure in efforts to ban the use of chlorinated hydrocarbon pesticides in Wisconsin and around the country. Here, he and Hallock Hosford MSx’51 examine a prairie chicken. UW Archives S12904

As UW–Madison’s second professor of wildlife management — recruited to the university by famed conservationist Aldo Leopold — Joseph Hickey MS’43 was a central figure in efforts to ban the use of chlorinated hydrocarbon pesticides, such as DDT, in Wisconsin and across the country. During a 1965 conference on the peregrine falcon, Hickey championed a brave stance, given the state’s deep roots in agriculture, by showing a connection between pesticides and declining bird populations.

He’d always studied peregrines, but that interest intensified when they started dying. “As one of the few birds with a worldwide population, the peregrine falcon signaled that the threat wasn’t just a local phenomenon, but must be something happening at a global scale,” said Stanley Temple, a UW professor emeritus of wildlife management.

But before being in that spotlight, Hickey simply loved watching birds, and he wanted others to enjoy the pastime. For his UW thesis, he wrote A Guide to Bird Watching, which Oxford University Press immediately snapped up for publication. The book, which remains in print, “promoted bird watching as an activity that was perfectly in keeping with Leopold’s ideas about the potential importance of average citizens observing nature, interpreting those observations, and using the results to promote land health,” Temple said.

Shortly after Hickey joined the UW faculty, Leopold died unexpectedly. Hickey was appointed department chair, and he took on a mission: ensuring the publication of Leopold’s draft for A Sand County Almanac and illuminating the conservationist’s philosophy about the critical relationship between people and the land.

Though a devoted researcher and ornithologist, Hickey also embraced teaching. Students in his classroom would hear gentle bird songs and awaited what Temple described as “charming” lectures delivered with the Bronx accent that Hickey never lost. Enrollment in his classes grew during the 1960s and ’70s, mirroring students’ growing interest in environmental concerns. Despite receiving many honors during his career, his most cherished was the Distinguished Teaching Award the university bestowed in 1976. 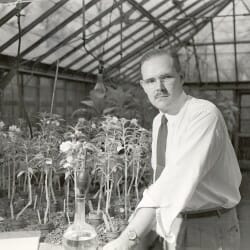