The Rewards of Being Small 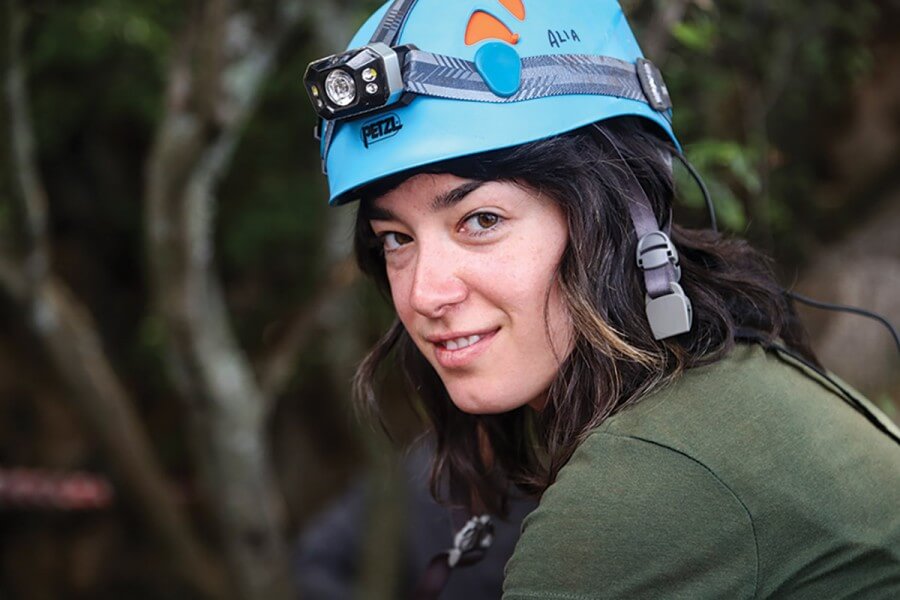 The Facebook query was exacting and cryptic: “We need perhaps three or four individuals with excellent archaeological / paleontological excavation skills. … The catch is this — the person must be skinny and preferably small. They must not be claustrophobic, they must be fit, they should have some caving experience, climbing experience would be a bonus …”

Alia Gurtov MS’13, a UW anthropology graduate student, fit the bill. “I just applied,” she recalls. “In a very bizarre email, I gave my dimensions and my CV.” Soon thereafter, the Wisconsin researcher was on a flight to South Africa.

A bantam frame was needed because Gurtov and five other small scientists were about to enter a difficult and dangerous subterranean labyrinth. They would crawl, clamber, climb and, finally, drop into a chamber last visited hundreds of thousands — or perhaps millions — of years ago by a lost member of the tribe of humanity, a species dubbed Homo naledi.

Traveling from daylight to the chamber was a grueling twenty- to twenty-five-minute commute. The scientists were forced to navigate several “squeezes,” including one fifteen-foot section called the “Superman Crawl,” where forward progress required wriggling on one’s belly with arms extended like the soaring Man of Steel. The final leg of the foray, “the worst choke point,” involved slithering down a twelve-foot, crag-studded chute in the dark. The scientists worked underground in six- to eight-hour shifts for a month.

Entering the chamber for the first time was a solemn moment. “It had the feeling of a tiny cathedral,” Gurtov says. “It was just so still and dynamic at the same time. There was a sense of ages.”