The Man Who Fell to Earth

In Tailspin, John Armbruster ’89 takes inspiration from an aviator who survived a World War II crash. 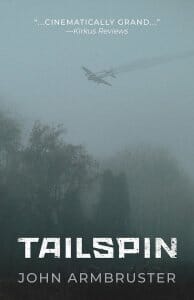 Armbruster’s book recounts a tail gunner’s experience as a prisoner of war in Nazi Germany and his 600-mile death march across Europe.

By the time John Armbruster ’89, ’93 fell in love with the Flying Fortress airplane as a young aviation aficionado, it had been more than 30 years since tail gunner Gene Moran’s Fortress fell from the sky during World War II. Moran kept the harrowing ordeal of his crash and capture by the Germans a secret for more than 60 years until he met Armbruster, now a history teacher and neighbor in Soldiers Grove, Wisconsin, with whom he agreed to share his story.

In a series of Tuesdays with Morrie–style interviews, Armbruster unearthed Moran’s long-guarded memories, which he recounts in Tailspin. The book details Moran’s recovery from his four-mile plummet in the tail of his plane and his experience as a prisoner of war in Nazi Germany, where he was subjected to solitary confinement, transport on a “hell ship,” and a 600-mile death march across central Europe before his liberation in April 1945. At the same time that Armbruster was documenting Moran’s remarkable bravery, he was trying hard to muster his own after his wife’s diagnosis of brain cancer.

In Armbruster, Moran found a safe way to reveal wounds that had yet to heal after decades. In Moran, Armbruster found strength to face his life’s most daunting challenges. And in a book that Kirkus Reviews calls “cinematically grand,” Armbruster shares both stories of hope and resilience. 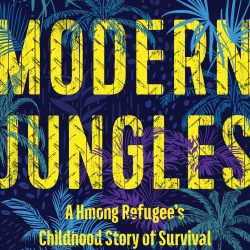 Finding Home in a Foreign Land