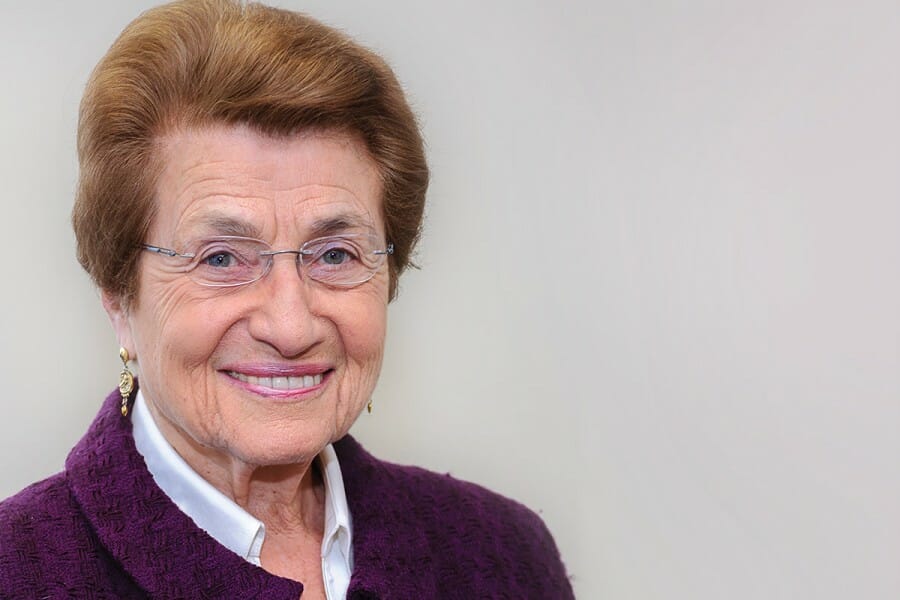 “Wisconsin is where I cut my political teeth,” Weiss says. “It’s the best political school I’ve been to. We had to invent everything.” Chris Nicholson

Cora Weiss ’56 has long been on the front lines of the international women’s and peace movements. She has been nominated for the Nobel Peace Prize four times for her tireless activism, including efforts to abolish nuclear weapons, end the Vietnam War, and rid South Africa of apartheid. But her lasting legacy may be her role in the drafting of a United Nations Security Council resolution ensuring that women get a permanent seat at all peacemaking tables.

You attended the UW at the height of the McCarthy era. How did that affect you?

McCarthyism choked off free speech at the university — or tried to. When I wanted to invite [folk singer and social activist] Pete Seeger to come and sing, the university wouldn’t let me have a room on campus, and we had to go to the street. When Leroy Gore, who was the editor of the Sauk City newspaper and a Republican, started the campaign to recall Senator McCarthy, I tried to run a Madison office and drove around the state collecting signatures. My car was pelted with tomatoes and potatoes and corn husks, and I couldn’t understand quite why, until one day I walked around my car and realized I had New York license plates. That was my first lesson in politics: don’t bring your home-state plates with you when you’re working in another state.

In 2000, you helped to draft UN Security Council Resolution 1325, which became international law. Why is it important?

We saw the need for the participation of women at all levels of governance and at peacemaking tables for the prevention of violent conflict and for the protection of women and girls during violent conflict. It’s the three Ps. [It’s true to] the purpose of the UN. In the charter it says, “We the peoples determined to save succeeding generations from the scourge of war.”

What are the important lessons from your work?

I think people have to work together. We have to bring organizations together. We have to bring issues together. Both nuclear weapons and climate change end with the same consequence — apocalypse. One does it instantly in minutes or hours or a day, and the other takes a long time. But, both climate change and nuclear weapons mean the end of life as we know it. So, why aren’t we marching together? And the other lesson is that without women at the table, the table is not legitimate. No women, no peace.

What advice would you give today’s students?

Do something that responds to your feelings, your values, your passions — and don’t be afraid. Look at what young people have done since [the Parkland, Florida, school shooting]. Those kids went around the country helping people understand why they had to work against small arms. I don’t think I have to tell kids what to do. I think they’re going to know what to do. I have a lot of faith in young people.

Interview conducted by Catherine Thompson ’09; edited and condensed by On Wisconsin staff 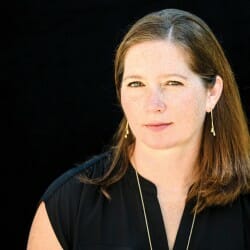