To ease traffic difficulties around Camp Randall Stadium, the UW instituted bicycle valet parking this year. Fans who chose to cycle to the stadium were able to hand their bikes off to a valet attendant who watched them during games.

The UW added a “fan cam” feature to the athletics website in October. The feature offers a 20-billion-pixel panoramic image of the crowd at Camp Randall when Wisconsin played Nebraska, a photo detailed enough that people who download it can zoom in to recognize individual faces. To see the massive image, visit uwbadgers.com/fancam/.

The UW’s University Ridge golf course was named best in the Big Ten, and number five nationally, among college courses by Golfweek magazine in September.

Badger triathlete Gwen Jorgensen ’08 posted the best finish ever by an American woman at the International Triathlon Union World Championship in August. The event combines a 1.5-km swim with a 40-km bike ride and a 10-km run. Jorgensen finished in two hours and 41 seconds, which qualified her to compete in the 2012 Olympics.

Senior swimmer Ashley Wanland took second place in the 100-meter breaststroke at the Pan American Games in Mexico in October. Wanland has made a splash in big meets, as she also finished fourth in the same event at the USA National Championships in August. 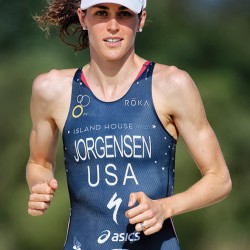