Amid constant change, these classic businesses have lasted more than half a century. 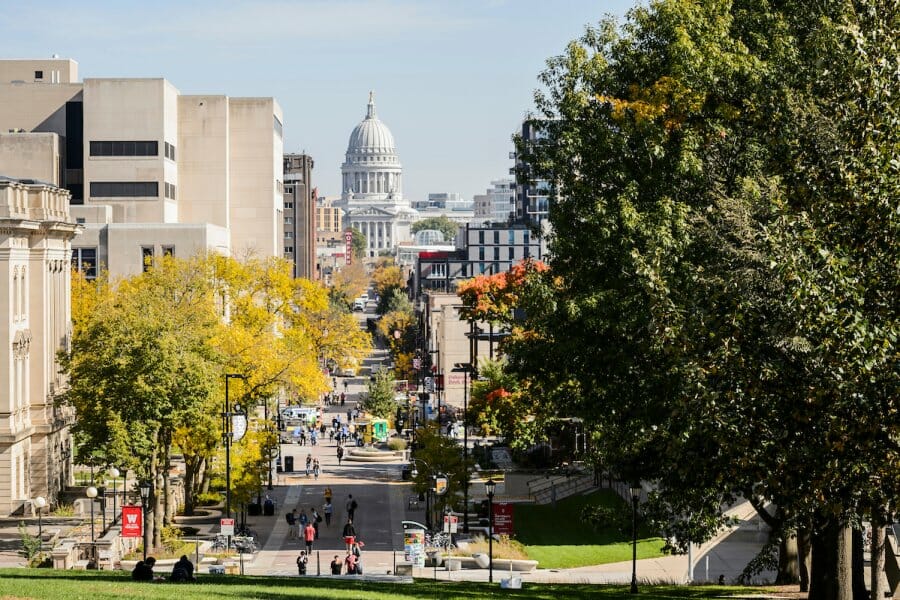 The first question many alumni ask, when they return to Madison after a long absence, is whether State Street is the same. In a general sense, the answer is yes — it still has clouds of goggle-eyed freshmen, pavement artists, street preachers, sidewalk buskers, and that guy who thinks you want him to explain the lyrics of Rush.

In a more detailed sense, State Street has undergone a lot of change, and this is true whether you graduated in 1959 or 2019. The road from campus to the capitol has always seen businesses flip with a speed that would astound the crepe maker at Ovens of Brittany. But the pandemic made life even harder on State Street’s mix of bars, restaurants, and retailers. According to records kept by Downtown Madison, Inc., State Street lost nearly 40 businesses in 2020 and 2021, out of 160 storefronts. But some establishments have maintained a steady presence. The seven listed at left have lasted more than half a century, at the same address, with the same name.