The UW Libraries house more than 10 million paper volumes (i.e., “books”), and they add more than 60,000 each year. But demand for digital resources is growing even faster. Over the last decade, the number of downloads of digital book chapters has shot up: in 2017, there were 33 times as many downloads as in 2007. Last year, the UW Libraries’ info labs (which check out laptops, iPads, and other digital resources) were used 368,569 times — an average of more than 1,000 visits a day. The library’s own website (which includes access to the digital catalog) was UW–Madison’s second-most-popular site, after wisc.edu. 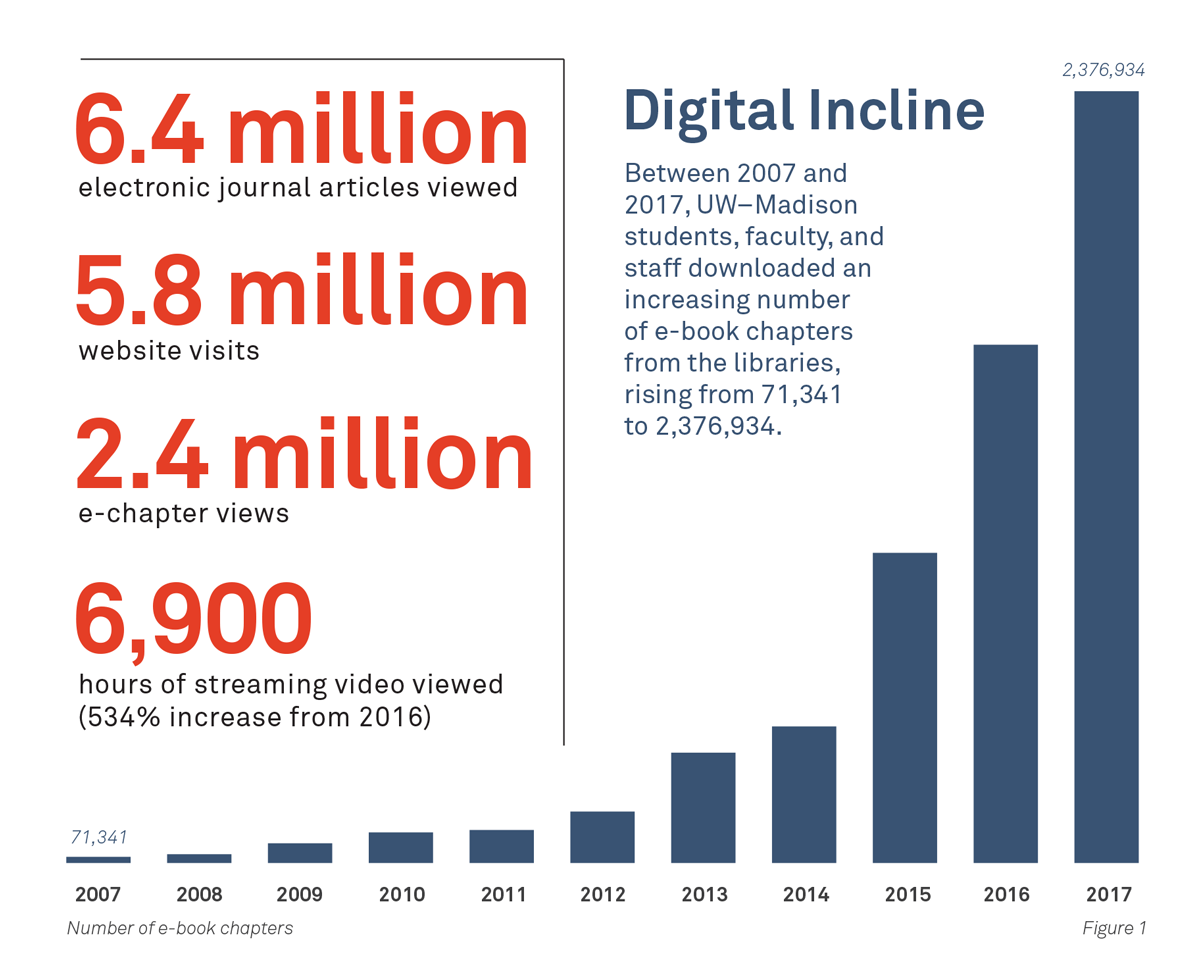