The Bucks at the Field House 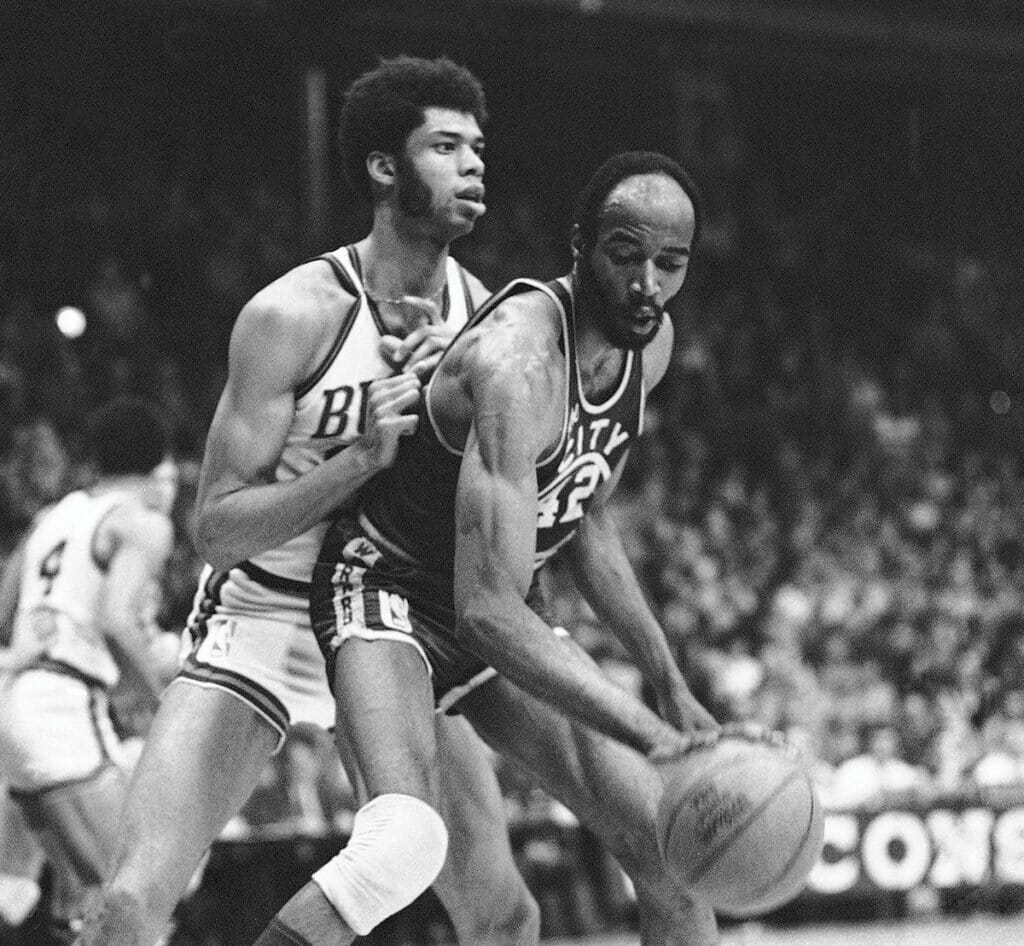 At the Field House, the Bucks’ Kareem Abdul-Jabbar guards the Warriors’ Nate Thurmond during the 1971 NBA playoffs — a “ferocious display of basketball.” AP Photo/Paul Shane

Fifty years ago, the road to the NBA championship started on the UW–Madison campus.

In 1971, the Milwaukee Bucks relied on the UW Field House to host their first-round playoff series against the San Francisco Warriors. The fledgling basketball franchise found a home in Madison several times a year in the early 1970s because Milwaukee Arena treated it as a mere tenant, prioritizing prebooked circuses and expositions.

Locals often filled the stands to capacity, and for good reason: they could watch Kareem Abdul-Jabbar (né Lew Alcindor) throw skyhooks and Oscar Robertson drop dimes. In fact, Madison fans were some of the first to witness the legendary duo compete together, with the Field House hosting a 1970 preseason game shortly after the “Big O” arrived in Milwaukee. The UW had earned the right to host it by bailing out the Bucks the prior season, when they had a scheduling conflict for a first-round playoff game. Athletic Director Elroy Hirsch x’45 secured permission from the Big Ten to host a professional team on campus with a “dire emergency” clause.

With tickets under $10, Madison fans got their money’s worth for the first Field House game on April 3, 1970. The Bucks clinched the playoff series against the Philadelphia 76ers in a rugged affair, with Kareem scoring 46 points and multiple players receiving technical fouls. At one point, fans threw items on the court in protest of the referees.

The next year, the Bucks won the first-round series against the Warriors at the Field House on their way to the championship. The UW hosted all three home games with sold-out crowds of more than 12,000.

“Never has the Old Gray Barn seen such a ferocious display of basketball, pro or amateur,” the Wisconsin State Journal reported after a 136–86 closeout victory.

Not everyone shared in the good cheer. Dane County officials were furious that the Bucks signed a lease with the Field House instead of the Coliseum, which typically took in the displaced team. With some $10,000 per game at stake, the county investigated the legality of the university’s contract with a private promoter. Its board of supervisors threatened to increase the UW hockey team’s rent at the Coliseum. Bucks president Ray Patterson ’45, MS’49 insisted the team had no choice, since the UW’s venue had fewer potential conflicts with a variable playoff schedule.

After decades away, the Bucks returned to Madison in 1999 for a preseason game at the new Kohl Center. They also held their training camp and a preseason game there in 2015 and 2016. Back then, Giannis Antetokounmpo was just a budding all-star on his way to leading the team to its second NBA title earlier this year. Perhaps he’ll come back to Madison one day, now as Finals MVP. 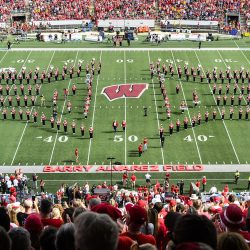 Out Standing in His Field