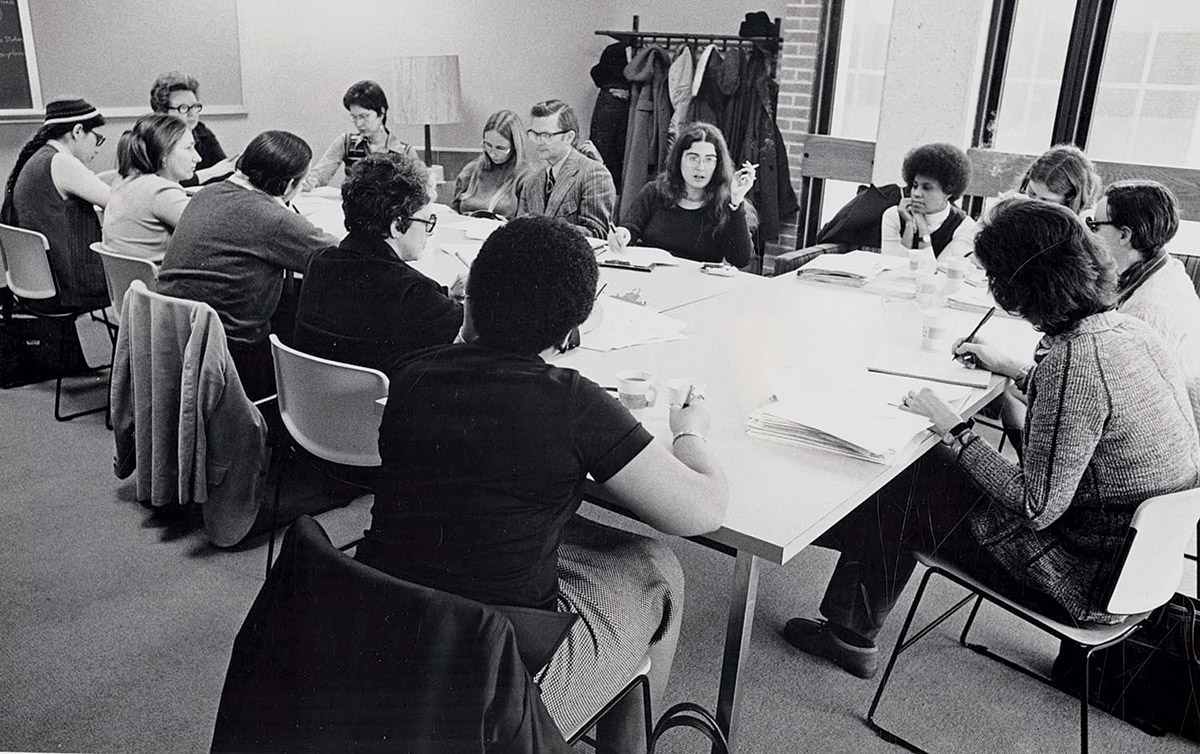 Strength in numbers: a women-led UW faculty group meets in 1975 for the formation of what has become the Department of Gender and Women’s Studies. UW Archives S17032

Before the 1970s, to study the history of the world was largely to learn of men fighting wars. Modern literature meant reading the best male authors. Insert any academic discipline, and a woman’s experience or perspective was scarcely to be found.

“Teachers told me about a world in which ostensibly one-half the human race is doing everything significant, and the other half doesn’t exist,” said the late Gerda Lerner, a UW–Madison historian and women’s studies pioneer.

For nearly a half century, the UW–Madison Department of Gender and Women’s Studies has set out to shift that traditional paradigm in education and research. It’s grown into one of the most respected and robust programs in the nation, conferring an undergraduate major and certificate, an LGBTQ+ studies certificate, a master’s degree, and a doctoral minor.

Today, more than 400 undergraduates are enrolled in either the certificate or degree program. The department offers some 25 courses per semester, with 100 more cross-listed with other departments. Fifteen faculty members and nearly 50 affiliated instructors teach courses in a wide range of fields: from biology and psychology to law and politics; from literature and languages to history and religious studies. Increasingly, courses are exploring the intersections of gender identity, sexuality, race, and disability.

“We’ve always been strongly interdisciplinary across the humanities, the social sciences, and even the biological sciences,” says Janet Hyde, a professor of psychology and gender and women’s studies, whose research has debunked myths of biological differences between men and women related to personality and cognitive ability.

The field of women’s studies rose alongside the larger women’s movement in the late ’60s and early ’70s. On the UW campus, groups of female faculty connected demands for fair pay and hiring with a desire for a centralized women’s studies program. Following an effort across the UW System, a UW–Madison committee appointed by Chancellor Edwin Young MA’42, PhD’50 established a framework for what would officially become the Women’s Studies Program in 1975.

The program began with less than a handful of courses and faculty members who held joint appointments on campus. In 2008, the program became a full academic department, with the ability to hire faculty of its own and independently offer tenure. It’s currently in the process of establishing a PhD program, which would finish rounding out its academic offerings and no doubt please the foremothers of women’s studies.

“I want women’s history to be legitimate,” Lerner once wrote. “To be part of every curriculum on every level.” 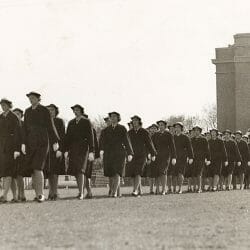