This Is a Job for an Ice Cream Scientist

Maya Warren PhD’15 changes the world one scoop at a time. 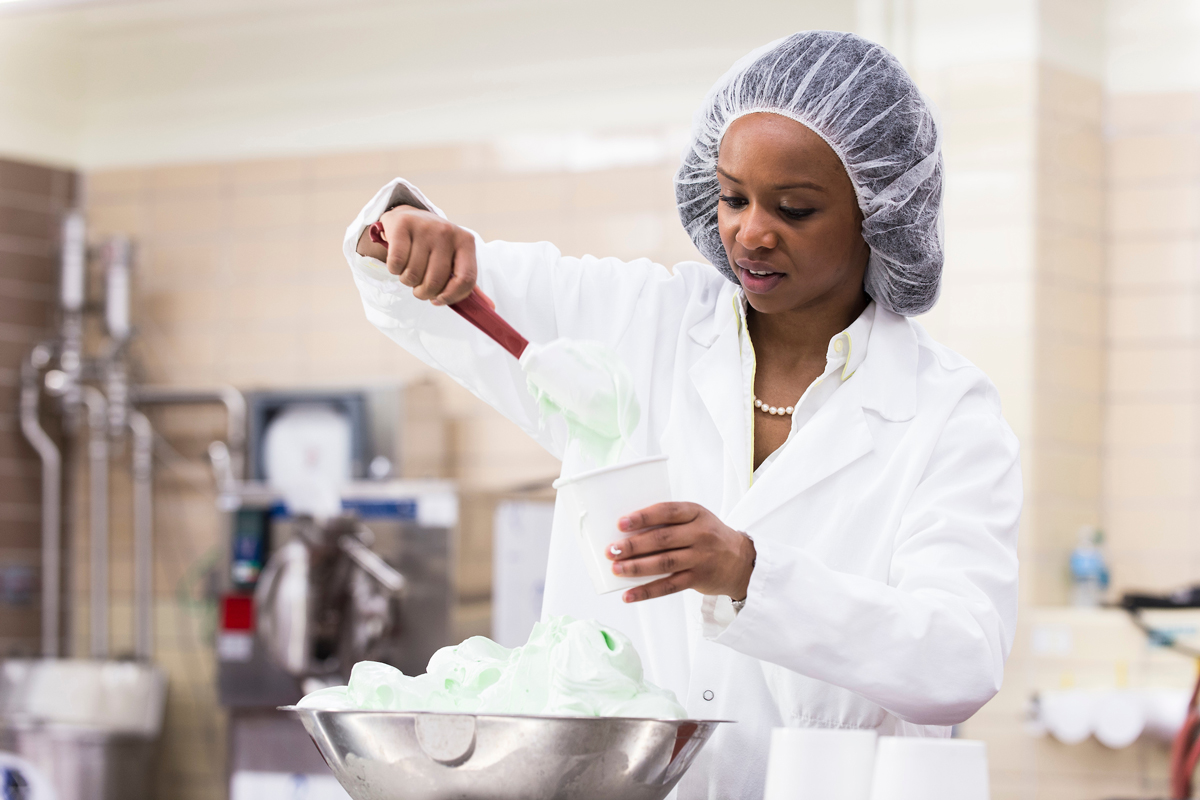 Warren: “Ice cream is about love and unity, and it speaks every language.” Jeff Miller

For Maya Warren PhD’15 (pictured above on campus in 2015), nothing brings comfort like a scoop of double-butter candy pecan ice cream.

Warren developed the butter pecan recipe at UW–Madison, where she frequently dropped into the Babcock Dairy Store to sample the latest offerings. While writing her food science doctoral dissertation — on ice cream, of course — she often had a pint of cookies-and-cream at her side for inspiration.

These days, she travels the globe helping the frozen aerated dessert industry (as it’s known in decidedly undelicious terms) develop new recipes and expand its market reach. She was previously an international consultant for Cold Stone Creamery. (Her global explorations don’t stop at the freezer case. She and her former UW lab mate, Amy DeJong ’12, PhD’18, won the 25th season of TV’s The Amazing Race.)

Warren also helps startup companies put their best scoop forward: “I think ice cream is going to end up being the next cupcake, where we’ll see lots of shops popping up.”

She developed an affinity for frozen desserts at age six, when she received a kit that magically turned a packet of powder into an ersatz creation. These days, the Los Angeles–based Warren is using ice cream to whip up social change. Last July, she organized “Ice Cream for Change” to coincide with National Ice Cream Day. Warren encouraged ice cream companies and home ice cream makers to help raise funds for organizations battling systemic racism.

“Ice cream is about love and unity, and it speaks every language,” Warren says. “It has no barriers, and it invites all, regardless of race, gender, or class.”

Warren also gives her more than 13,000 Instagram followers no-churn ice cream recipes, meaning a dessert that can be made in a mixing bowl rather than a machine. “Ice Cream Sundays with Dr. Maya” on Instagram Live was born during COVID-19, giving housebound ice cream enthusiasts a lift. Warren’s creations — eight so far, which can be found on her website — are a mashup of flavors that beg overindulgence. Bourbon-vanilla sea-salt-caramel, anyone?

“I put recipes out there to bring smiles to people’s faces and joy to their hearts,” Warren says. “I have vivid memories of ice cream and being a bright-eyed, bushy-tailed little girl, just full of joy.” 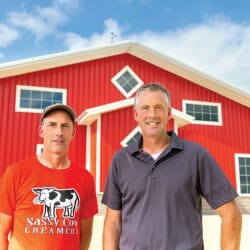