John Schmitt, right, is helping to provide vital water resources for the residents of La Maquina, Guatemala, where he went on the second of three well-drilling trips to Central America. Photo courtesy of John Schmitt.

For years, John Schmitt ’80 had heard that many of the world’s people live without access to clean, safe water, but he never really knew what that meant until he’d walked a mile — or rather, three miles and 564 feet — in their shoes.

In May 2011, Schmitt organized what he called a Walk for Water, a five-kilometer trek in which participants walked half the distance with empty containers, then filled them with water and returned, trying to slosh as little of the precious liquid as they could.

“There are 884 million people in the world without access to clean water,” Schmitt says. “This is a huge issue for health and hygiene — really every part of their lives is far more difficult than it is for those of us who take water for granted.”

A school administrator in Wisconsin’s Verona Area School District, Schmitt conceived of the idea in part to educate people about how difficult life in developing countries is, and in part as a fundraiser to help an organization called Living Waters International. The Walk for Water attracted more than one hundred participants and helped to generate $5,000 to construct a well for the residents of Carlos Canales, a slum near León, Nicaragua. Schmitt and eleven of his fellow walkers even traveled there to assist with the well-digging.

In May 2012, Schmitt held a second Walk for Water, in which one hundred participants raised money to dig a well for another community in Guatemala — this time, in the village of La Maquina. His walks have been so successful, in fact, that Living Waters has asked him to help consult on a handbook for other groups that would like to hold similar events. 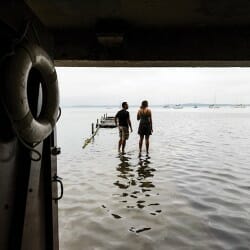 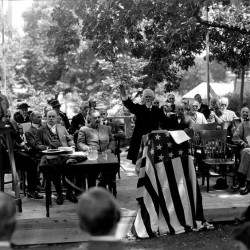