In 1994, David Bither MA’78 had a high-level position at Elektra Records, a major label at Warner Music Group that was home to massively popular acts such as Metallica and En Vogue. But Warner was in the midst of a radical management shakeup, with most of its top executives leaving.

Bither had the opportunity to stay at Elektra, and even to advance. Instead, he chose to make a seemingly downward move to Nonesuch Records, a much smaller Warner label that was best known for classical and world music.

“I could have stayed at Elektra,” Bither says. “But I went with my heart instead, which you should always do. What mattered to me was the kind of music Nonesuch was doing. If I wanted to be in the business another thirty or forty years, following my heart was the only way to do it.”

That proved to be the right call. Nonesuch has been a quirky success story during the past two decades, earning numerous Grammy Awards (six this year alone) and producing some of the least likely platinum albums in recent memory. At 10 million sold worldwide, 1997’s Cuban music collection Buena Vista Social Club is the top-selling world-music album of all time. And the blues-rock duo the Black Keys has earned two platinum albums and seven Grammys since 2010. The Black Keys chose the Nonesuch label because guitarist Dan Auerbach was a fan of another of its acts, African guitarist Ali Farka Touré.

Similarly, the presence of minimalist classical composer Steve Reich on the roster helped to close the deal when numerous labels were courting the alternative-country band Wilco in 2001. “It turned out that [Wilco front man] Jeff Tweedy was a huge fan of Steve Reich,” says Bither. “Nonesuch’s philosophy is to try to work with the greatest artists we can find. … Whether or not they’ll be commercially successful, you never know — and our projects that have sold weren’t anything anyone would have predicted. But working with great acts opens doors, which can work out later in ways you didn’t expect.”

Bither’s path into the record business began in Madison, where he studied arts administration. That led to internships and early jobs in New York at the Lincoln Center, public TV station WNET, and the Brooklyn Academy of Music. Eventually, a corporate-communications job with Warner Communications got Bither into the same building as Warner’s record labels, which led to his entrée into the record business.

Nonesuch has not been immune to the challenges that face the recording industry. Online competition has cut overall album sales dramatically in recent years. But the label’s small size (still only twelve employees) and curatorial approach gives it better odds of survival than most.

“The record business is in trouble,” Bither says. “But we’ve stayed committed to the idea of working with great acts, and counting on an audience and a workable model emerging. Something has always kind of risen up commercially for us, though not because we were aiming that way. We figure if it makes sense to us, there’s got to be more of us out there.” 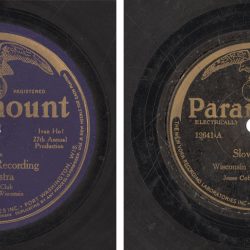 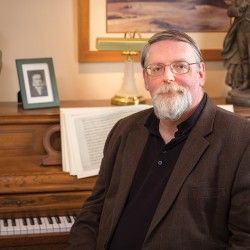 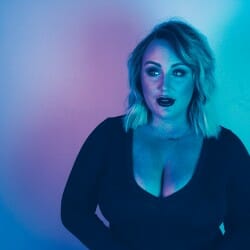