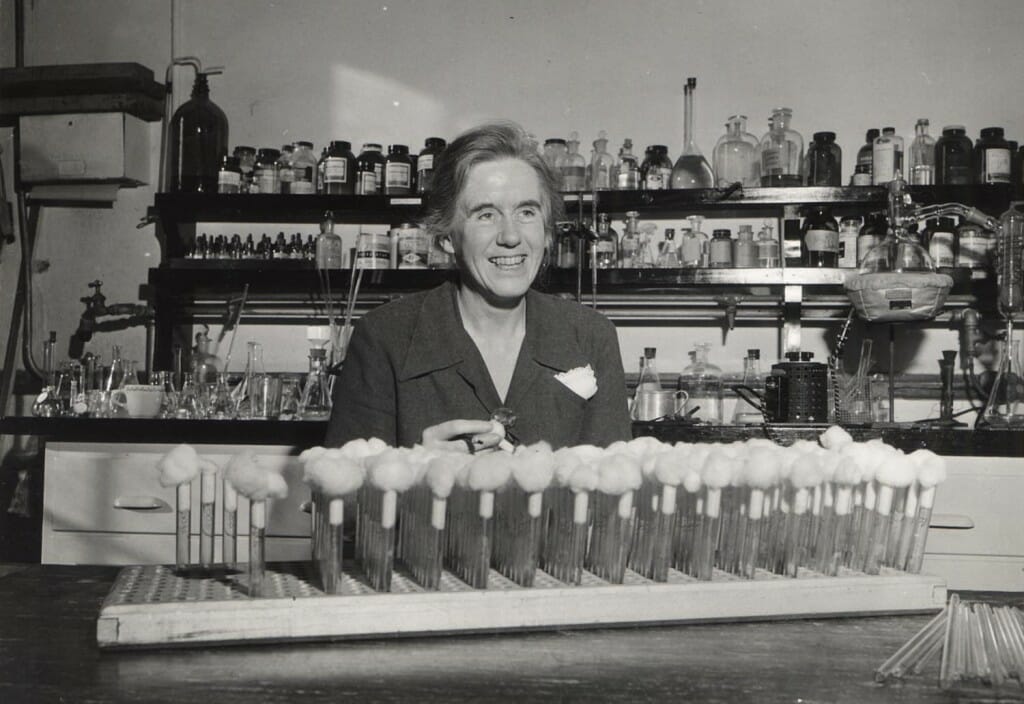 McCoy, pictured in her bacteriology lab in 1953, became one of the first women in science to earn a full professorship at the UW. UW Archives S08175

Bacteriologist Elizabeth McCoy ’25, PhD’29 joined the UW faculty in 1930, and in 1943, she became the second woman at the university, outside of home economics and nursing, to attain the rank of full professor.

While working on a government project during World War II, she identified an improved strain of penicillin that allowed for the commercial marketing of the antibiotic. She developed another antibiotic, oligomycin, that is still used as a research chemical today. Her broad research interests ranged from commercial fermentations to botulism, and she became an expert on the bacteria of lake ecosystems.

McCoy garnered numerous scientific honors as well as national media attention. After she secured a patent on a process to ferment molasses into the solvent butyl alcohol in 1946, The New York Times ran the headline ”Wisconsin University Girl Wins Patent on an Industrial Solvent” — never mind that the “girl” was 43 years old and a full professor.

Emeritus professor Robert Burris, who knew McCoy since his days as a graduate student in the 1930s, says that she was “a great microbiologist. … She was an extremely smart person who knew practically all aspects of bacteriology.”

When McCoy passed away in 1978, she donated her Fitchburg farmhouse, which is on the National Register of Historic Places, to the Wisconsin Alumni Research Foundation.