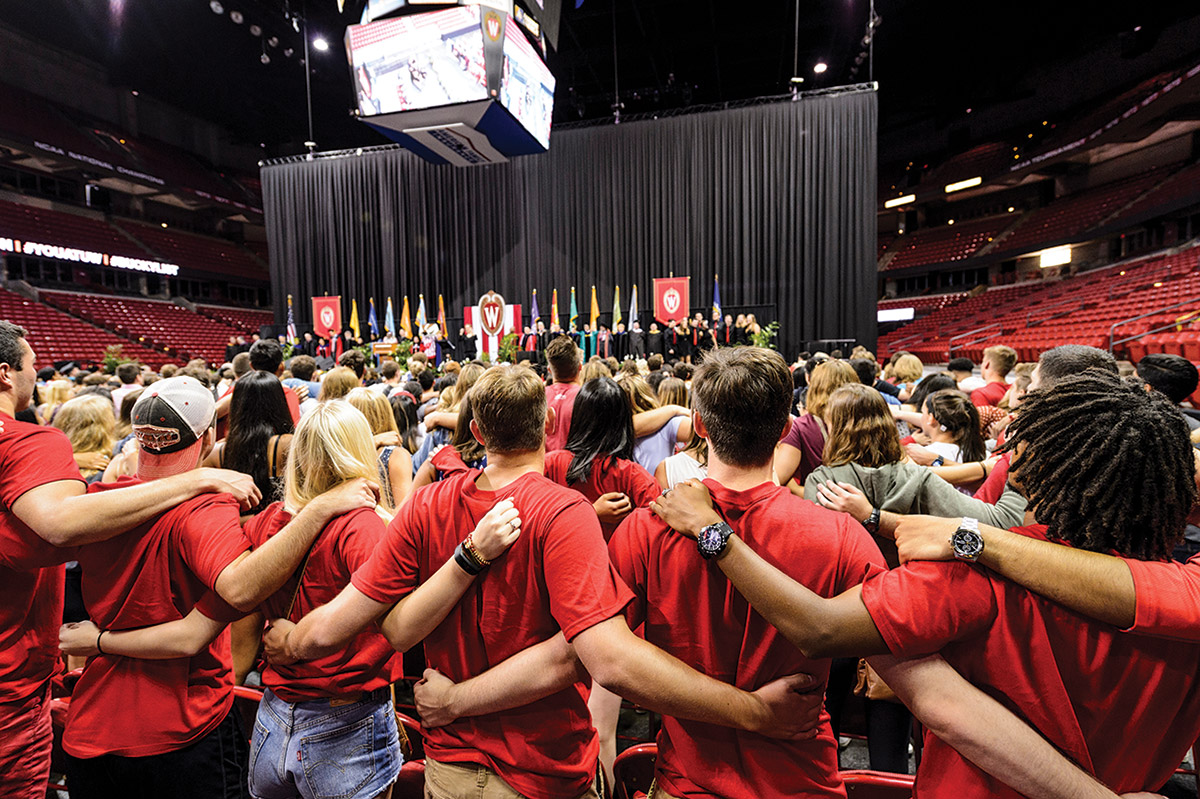 First-year students link arms and sing ‘Varsity’ at the end of the Chancellor’s Convocation for New Students, a Wisconsin Welcome event. Jeff Miller

For Mackenzie Straub x’22, the good news just kept coming. Shortly after being accepted to UW–Madison, she learned that her tuition and fees would be covered.

The high school senior from Sister Bay, Wisconsin, is among students who will benefit from Bucky’s Tuition Promise beginning this fall. The major new initiative pledges to cover four years of tuition and segregated fees for any incoming Wisconsin freshman whose family’s annual household adjusted gross income is $56,000 or less — roughly the state’s median family income.

Transfer students from Wisconsin who meet the same criteria will receive two years of tuition and segregated fees.

“We are 100 percent grateful,” says Straub’s mom, Carol Straub, a substitute school teacher who lost her husband to cancer four years ago. “This takes away so much of the financial stress.”

In announcing the initiative in February, Chancellor Rebecca Blank called it another step in making the state’s flagship public university affordable for Wisconsin students. “Our goal is to ensure that anyone who is admitted can afford to be a Badger,” she said.

Eligibility is based solely on one line from a family’s federal tax return. Only income, not assets, will be used to determine eligibility, an important consideration in an agricultural state where many farm families may have high reported assets but low incomes, Blank says.

“We want this effort to be a boon for families in smaller towns and rural parts of the state,” she says.

The initiative is expected to cover more than 800 students in each incoming class of freshmen and transfer students. Funding will come from private gifts and other institutional resources, not state tax dollars.

Getting to share the good news with students and high school guidance counselors has become “one of the best parts of my job,” says Greg Offerman, who oversees outreach and advising efforts for the Office of Student Financial Aid. “A few people thought it was some sort of joke circulating on the internet. They thought it was too good to be true.” 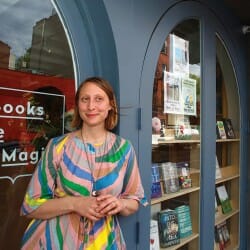