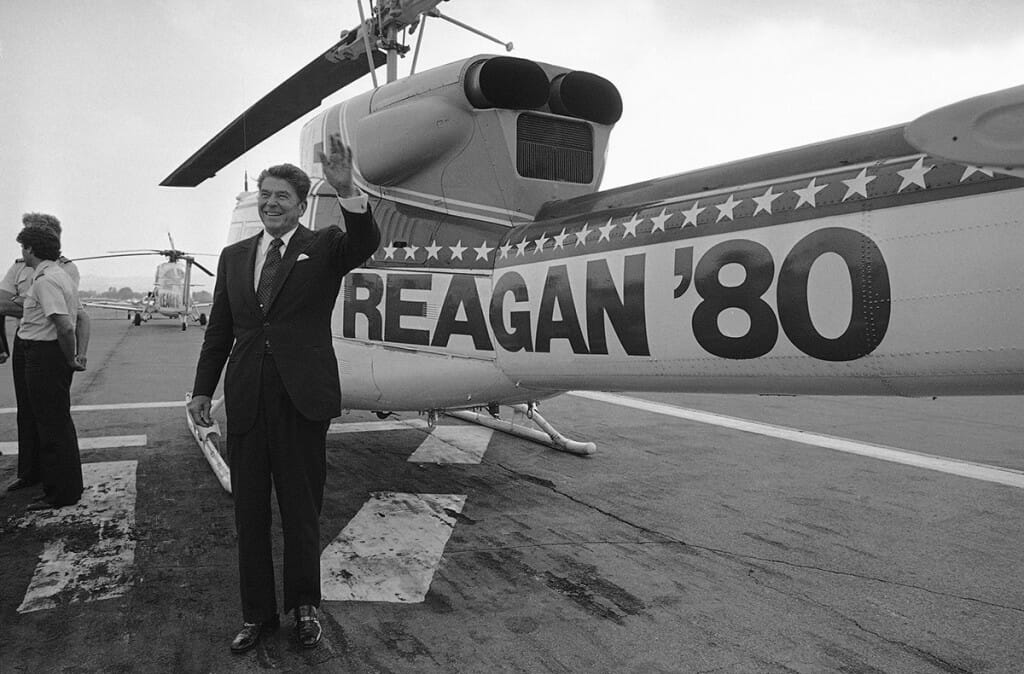 The Reagan Era takes wing: Ronald Reagan waves to supporters at Van Nuys Airport before a set of presidential campaign rallies in the Los Angeles area in October 1980.

For the sake of learning — and with occasional family healing — a UW history course is asking students to turn their parents into historical subjects.

Professor Jennifer Ratner-Rosenhagen’s History 221 course, The History of Your Parents’ Generation (1970s–90s), tackles a tumultuous few decades through a generational lens, assigning students to interview their parents (“compelling figures in the drama of American life in their own right,” the syllabus states) about their upbringing and their memories of music, fashion, and historic milestones.

Responses have ranged from the stereotypical — dads waxing poetic about Bruce Springsteen, moms admitting to wearing disco sequins — to the unexpected. One student learned that her mother, a nurse, rushed to the front lines of the AIDS crisis in the 1980s to work at a specialized clinic. The mother cried as she recounted the death, terror, and antigay backlash she witnessed. Another student leveraged the assignment to ease tensions between a mother and grandmother who hadn’t spoken to each other in years. One student even found out about a half-sibling for the first time.

“It seemed to me that [the course’s approach] could get students to connect to history,” Ratner-Rosenhagen says. “History is nothing other than actual human beings in time and space having thoughts and feelings and being affected by their world.”

She challenges students to keep their parents’ answers in mind during the course’s traditional lectures and readings, which cover the cultural fracturing and economic upheaval — or the “great shift” — that defined the ’70s and ’80s. The course concludes as it started, with students conducting follow-up interviews with their parents and connecting them with subject matter from the course.

Lindsey Brugger ’18, who took the class in 2016, wrote her final essay on childhood nostalgia and its association with political identity. She posits that her father’s happy upbringing on an isolated farm may have contributed to his lasting fondness for Ronald Reagan, even though he can’t recall any of the former president’s policies or actions.

“A really great takeaway was getting to know my parents a little better and getting to understand how they came into a political awareness at the same time that I was discovering mine,” Brugger says. “I grew closer to my parents because of [it].” 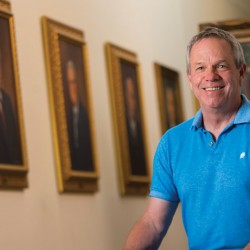 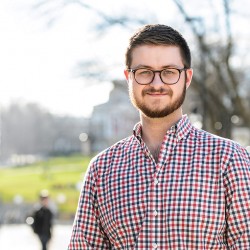