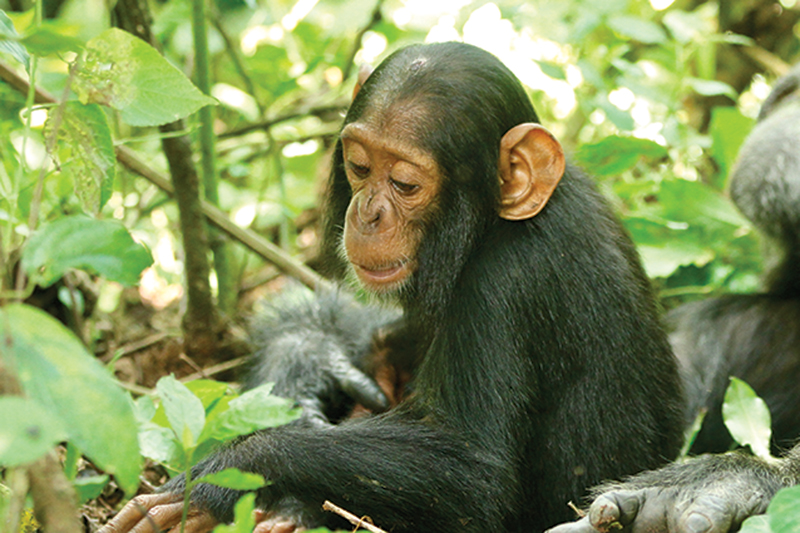 It wasn’t poachers or predators who killed some of the wild chimpanzees living in Uganda’s Kibale National Park — it was the common cold.

UW researchers made the startling discovery when investigating a 2013 outbreak of severe coughing and sneezing among a community of 56 chimps. Five of them died from the human cold virus known as rhinovirus C, including a two-year-old whose body was quickly recovered and autopsied after her death.

“It was surprising to find it in chimpanzees, and it was equally surprising that it could kill healthy chimpanzees outright,” says Tony Goldberg, a professor in the UW’s School of Veterinary Medicine who for years has worked in Uganda tracking viruses in animals. Goldberg was featured in the spring 2017 issue of On Wisconsin.

The findings, says Goldberg, are a cautionary tale about human interactions with wild apes. In Africa, people encounter chimpanzees and other apes when human settlements expand into habitats and when the animals leave the forests to raid crops.