This sculpture could prove the old adage that a picture is worth a thousand words. In 2009, UW archaeologist John Hodgson was working in Chiapas, located in southern Mexico along the Pacific Coast, when the piece was discovered nearby. He narrowed the object’s age to within one hundred and fifty years by using distinctive pottery from the same undisturbed soil layers, eventually putting it at approximately three thousand years old. Hodgson, who is pursuing his PhD in anthropology, continues to work in the region, which contains the earliest known site in ancient North America with formal pyramids built around plazas. We may never know the identity of the figure (shown in the photo), but a face on the headdress appears to be a corn god, and the zigzag designs carved into the three-foot-tall tablet could represent lightning, mountain ranges, or other features of the natural world. The sculpture was made in a time that preceded written language, but, Hodgson says, “symbols are very efficient at communicating complicated ideas.” 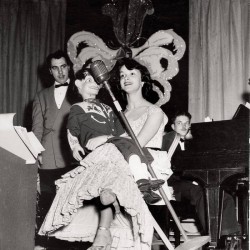