An Amazing Find on Lake Mendota

Divers locate a dugout canoe from 1000 BC. 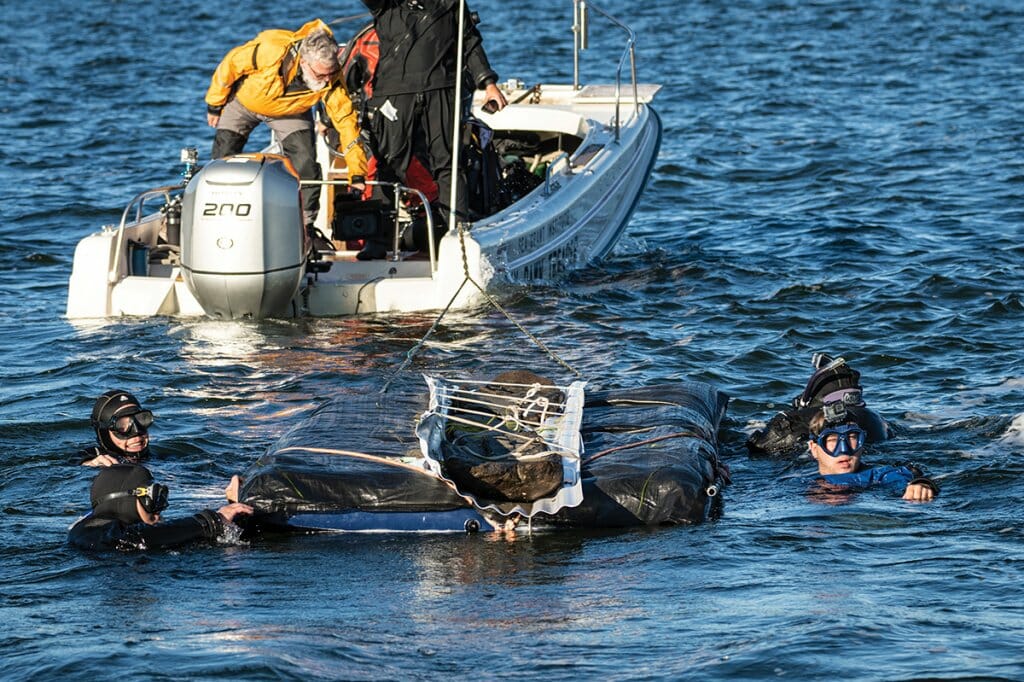 The canoe is believed to be among the oldest ever recovered in the Americas. Bryce Richter

As the sun rose over Lake Mendota on the first morning of autumn, a team of divers with the Wisconsin Historical Society (WHS) braved the crisp winds and choppy waves, warmed by the promise of what lay beneath: another ancient dugout canoe.

Not even a full year had passed since the team’s first excavation of a Ho-Chunk canoe in November 2021 (see “Mendota Remembers,” Fall 2022 On Wisconsin), but this latest vessel to surface from Lake Mendota’s depths was crafted long before its predecessor — 1,800 years earlier, according to radiocarbon dating.

The 14.5-foot-long canoe, recovered in large pieces, is believed to have been paddled around 1000 BC by Late Archaic ancestors of the modern Ho-Chunk Nation, making it the oldest canoe ever recovered from the Great Lakes region. According to Amy Rosebrough MA’96, PhD’10, terrestrial archaeologist in the WHS State Historic Preservation Office, it’s among the oldest canoes ever recovered in the Americas.

“Rome was barely a collection of huts when this canoe was sailed,” she says.

Tamara Thomsen ’91, MS’93, a WHS marine archaeologist who found last year’s canoe, made this latest discovery just 100 yards from the site of the first while giving a diving lesson in May. After two accidental archaeological finds in Mendota’s lake bed, the WHS team is asking the question: What might we find if we go looking?

Jim Skibo, WHS state archaeologist and honorary fellow in the UW Department of Anthropology, intends to find out. Skibo and his team will partner with Bill Quackenbush, tribal historic preservation officer of the Ho-Chunk Nation, to conduct a survey of the lake bed near the recovery site in search of additional canoes and artifacts.

“The find has prompted us to research fluctuating water levels and ancient shorelines to explore the possibility that the canoes were near what are now submerged village sites,” Skibo says.

Several members of the Ho-Chunk Nation accompanied the canoe through the water on the day of recovery and welcomed it to shore, including President Marlon WhiteEagle.

“Every person that harvested and constructed this caašgegu [white oak] into a canoe put a piece of themselves into it,” WhiteEagle said. “By preserving this canoe, we are honoring those that came before us.”

According to Ho-Chunk Nation public relations officer Casey Brown x’04, the tribe will also act as ambassadors of the canoe, which will be featured in the new Wisconsin history center in 2026. 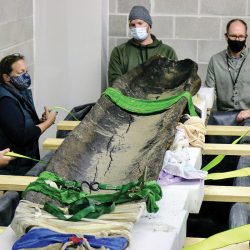 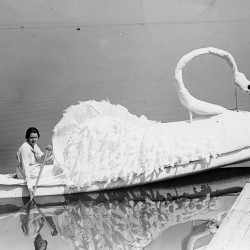