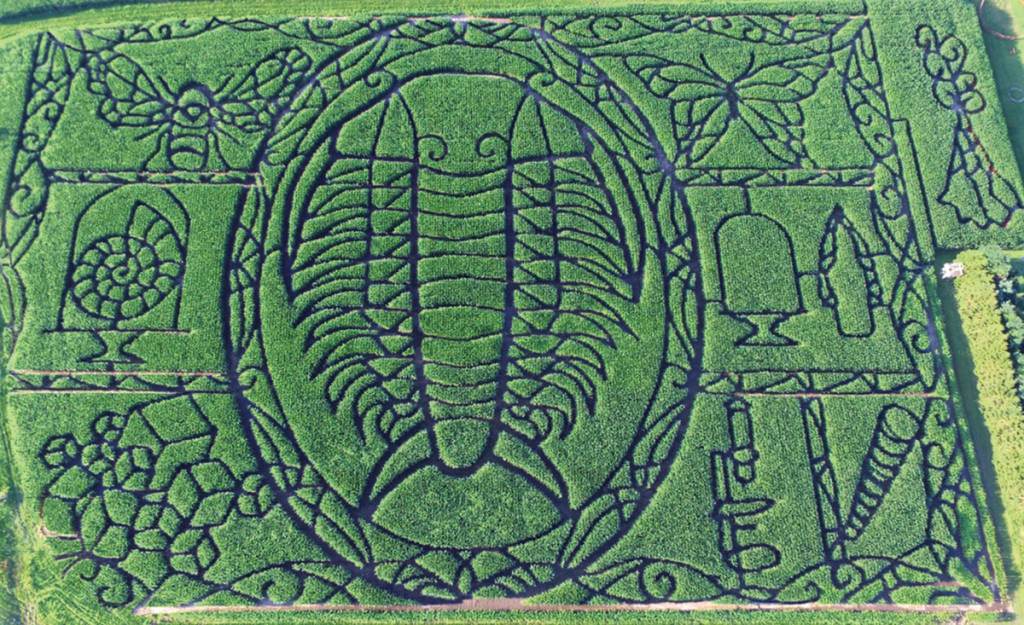 Angie Treinen ’88, DVM’93 received a novel idea this year from the UW’s Geology Museum for her family farm’s award-winning corn maze: a giant trilobite. The now-extinct marine creature — and the state’s official fossil — once cruised the planet’s seas, including those that covered Wisconsin. The maze, cut into corn planted by Treinen’s husband, Alan Treinen ’79, also features the honeybee, the state insect; cubes of galena, the lead ore that drew miners to Wisconsin and made it the home of the Badgers; and a rendering of the field microscope used by Charles Van Hise 1879, 1880, MS1882, PhD1892, a geologist, University of Wisconsin president from 1903 to 1918, and father of the Wisconsin Idea.