Keep Your Shirt On This year, the Wisconsin Alumni Association (WAA) launched its fifth edition of The Red Shirt, the T-shirt that supports UW students. WAA produces a new design each year, and proceeds fund Great People scholarships. Alumni wear the Red Shirt to show their pride at a variety of events, including the Wisconsin State Fair and Homecoming, where it’s the official shirt. During the next two years, the Fifth and Sixth Editions are expected to raise a total of $100,000. But that’s the future — here’s a look at what the Red Shirt has accomplished already, by the numbers. 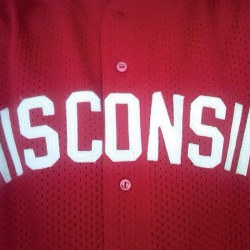