As a map lover, I was intrigued by “Shaped by History” [Winter 2008] and the explanations for how Wisconsin’s boundaries were established. As a geologist, I was surprised that there was no mention of the primary reason that the Upper Peninsula is part of Michigan and not Wisconsin: the native copper deposits of the Keweenaw Peninsula. Copper had been discovered there in the early 1830s, and when Michigan was set to become a state in 1837 (more than ten years before Wisconsin would), annexing the Upper Peninsula was a strategic economic move.

The copper was considered such an important resource that in 1844, the U.S. government established a remote army outpost, Fort Wilkins, at the very tip of the Keweenaw Peninsula (probably the safest army posting an enlisted man could have asked for). Even more incredibly, the boundaries of Michigan were gerrymandered to include copper deposits on Lake Superior’s Isle Royale, in spite of the fact that the island lies much closer to northern Minnesota. 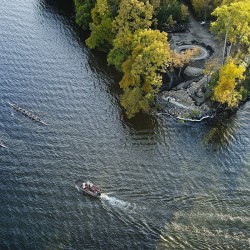 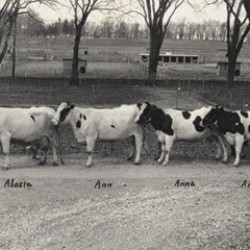