The Bob Dylan photo in “It Was a Very Good Year” [Winter 2014] reminded me that about three years earlier, the folksinger was in Madison for about a week. On his way from his Minnesota home to New York City, he hung out at a coffeehouse on State Street.

Frankly, he was terrible, still learning his craft, and played for tips, which he seldom received. Flusher students who pitied him would have a coffee and donut sent over to him. I couldn’t believe it when I saw his first album in a record store a few years later. His return to play at the Union Theater must have been personally satisfying. 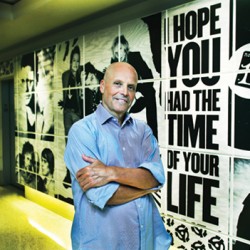