Jacquelyn Mitchard’s interview with Lorrie Moore [“Words, Wit, & Wild Hearts,” Spring 2010] brought back memories of a creative writing class I took in the summer of 1947 under Mari Sandoz. Each of the seven or eight students had to read part of his or her work with criticism from the class. Ms. Sandoz then had a private interview with the student.

Several students commented on my work with, “You have a best seller.” Their comments went to my head and were quite different from the professor’s remarks. She said, “You read better than you write.” The novel about a short period I spent in India remains in my garage with other bits of writing.

I regret having read the interview of Lorrie Moore in your magazine for two reasons: 1) plot details from her latest novel were revealed, a book I own but have yet to read; and 2) her rude reluctance to reveal anything about herself or her writing process confirms the impression I received during her last book tour for Birds of America.

From now on, I’ll stick to admiring her craft and avoid reading anything that comes directly from her lips. I, for one, am happy to grant her privacy so long as she continues to produce such haunting, beautiful work. 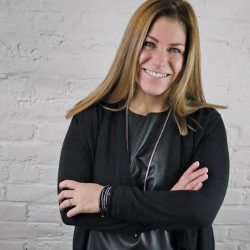