Letters: All the World’s a Stage, Too

John Allen’s review of UW performance venues missed one [Inside Story, Fall 2010]. During my senior year, I was a member of the stage crew for Orestes, which was performed in the Stock Pavilion. The “stage” was the dirt pavilion floor.

This show had everything I hoped for in my experience with college theater. First, one of the stage crew’s duties was to clean up any manure prior to rehearsals and performances. Horses were regularly on the floor prior to our rehearsals. Second, one entrance involved a character being driven onto the stage in a car. I was drafted into “acting” for that scene; I directed traffic with a bullhorn. Finally, no self-respecting college theater production is complete without nudity, which I understand was a rather disturbing bathing scene. I never actually saw that scene due to my location off-stage at the far end of the pavilion.

A quick web search turns up many more examples of the Stock Pavilion’s use as a stage, including speeches by U.S. presidents and concerts due to its “surprisingly good acoustics.” The performance of the Verdi Requiem by a nearly 300-person ensemble in 1999 had seating for 900 people.

I really enjoy On Wisconsin. In Inside Story, the list of stages missed one — the auditorium in Bascom Hall. I remember lectures there and understand that until the Memorial Union was completed, it had served as the theater for the Wisconsin Players. I also helped stage more than one high school drama competition there for the Wisconsin Idea Theater.

Your reference to the Fredric March Play Circle [Inside Story] reminded me that March visited the Wisconsin campus sometime during the two years, 1938-40, that I spent in Madison completing my PhD in rhetoric and public address. March attended a football game and during halftime was interviewed over the public address system. He concluded his remarks by saying, “God bless you.” The crowd responded with uproarious laughter. Freddie Bickel (for as I recall, that was his real name) was completely baffled by this response. He didn’t know that the then-governor of Wisconsin, [Julius P. Heil], had become notorious for concluding his speeches with a “God bless you.”

Some years later, I saw March play the part of God on Broadway in the play Gideon. The next day, I saw him walking his dogs on the streets of New York. I’m sorry now that I didn’t go up to him and congratulate him for his masterly performance in a demanding role. I might also have reminded him of that incident in Madison, but the opportunity passed before I had gotten the courage to grasp it. Perhaps the dogs scared me off. 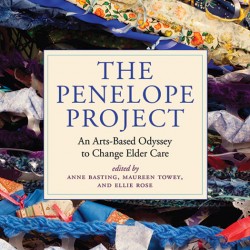 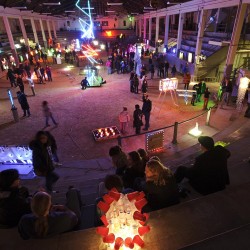