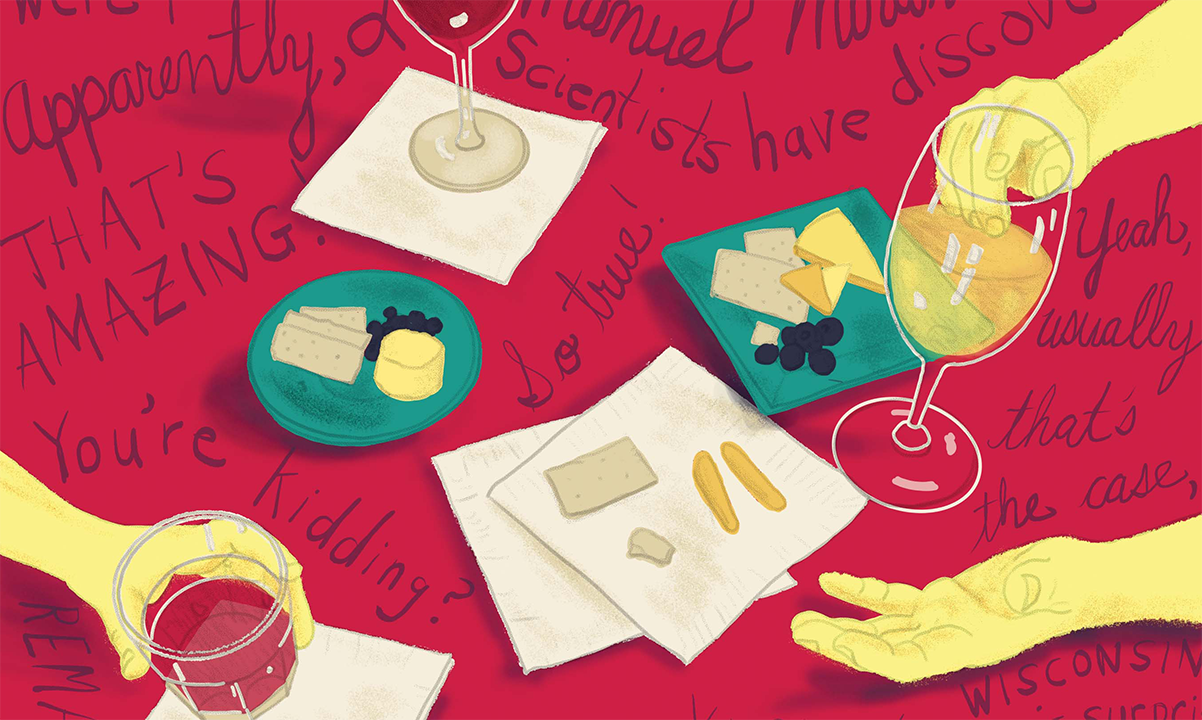 Impress your family and friends with these fascinating facts.

Making small talk at parties and other social gatherings can be a challenge, especially when a pandemic has us all a bit out of practice. You could talk about the weather, but why not break the ice with something more original? Something more interesting? Something that can help get the conversation going — and maybe, just maybe, make you sound a little smarter?

Help is here, courtesy of some of UW–Madison’s newest faculty members. As part of their introduction to campus, we asked them: “What’s something interesting about your area of expertise you can share that will make us sound smarter at parties?”

Whether you use the information to impress your friends or just learn something interesting for yourself, consider this a bit of the Wisconsin Idea you can bring to your next social gathering.

Often, people think that allergies are predictable, but they can change and evolve over time. You might start out with an allergy to one particular food, like a type of nut, then later on find out that you’re also allergic to other nuts or foods. Reactions can change and evolve pretty dramatically, too, and can become more or less severe over time.

The Mysteries of Dark Matter

We know very little about the universe that we live in. The observable part of the universe is only about 4 percent. The other 96 percent of it is made of what is called dark matter and dark energy. Many experiments all over the world, including the experiment that I work on at the Large Hadron Collider, are trying to figure out what this overwhelming majority of the universe is made of.

Cows spend several hours a day ruminating — that is, chewing. The most interesting thing about this process is that ruminants’ brain waves resemble humans’ brain waves while sleeping.

Lin-Manuel Miranda wrote the Spanish lyrics for the most recent revival of West Side Story. He met composer Stephen Sondheim when he worked on that project, and Sondheim asked him what he was going to do after his hit musical In the Heights. Miranda said he was thinking about a musical based on the life of Alexander Hamilton and Miranda said Sondheim threw back his head and said, “That’s a fantastic idea.” That’s what kept Miranda going during the writing of Hamilton when he’d have trouble with something. He knew he was on the right track if Sondheim liked the idea.

Many airlines split the passengers into several groups during the boarding. Yet mathematical results indicate that this is actually bad and only slows down the boarding process. 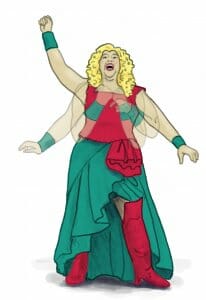 The trend in opera today eschews the old style, in which singers essentially stood, sang, and made rather meaningless arm gestures.That old-school practice is commonly known in operatic circles as “park and bark.”

I always love to tell people about the Capitol Crawl, which was an important moment in disability history. Over 1,000 people marched to the steps of the U.S. Capitol to protest for disability rights and the eventual passage of the Americans with Disabilities Act in 1990. The youngest was an eight-year-old girl, Jennifer Keelan, who got out of her wheelchair and pulled herself up the Capitol steps. You can learn more about it in the movie Crip Camp, which is available on Netflix.

To many people’s surprise, there are no right answers in accounting. The judgments and estimates underlying the preparation of financial reports are numerous and can lead to very interesting incentives and a high degree of second-guessing that makes accounting much more a social science than a hard science.

The idea of carbon footprints — a process for estimating a person’s individual contribution to climate change — was popularized by the fossil fuel company BP. The problem is that it focuses attention on individual rather than structural change.

Unlike humans who can breathe only oxygen (a gas), many microbes can breathe solid compounds.

So Fries are Healthy?

Potato is rich in vitamin C, a powerful antioxidant that can help the human body form and maintain bones, blood vessels, and skin. A five-ounce potato will supply nearly 50 percent of an average adult’s daily requirement for vitamin C. 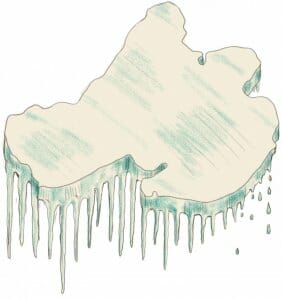 Mendota Has a Meltdown

Contrary to popular belief, the 1938 War of the Worlds radio play didn’t cause widespread hysteria. There were some people who misinterpreted the broadcast as a news report about a real Martian invasion, but most of them simply called either the police or their local news outlets to determine the veracity of the broadcast. So while the image of people panicking in the streets and weeping in churches is certainly more entertaining, the reality is that the impact of the incident was largely exaggerated.

The Dirt on Dirt

Soil is alive! It’s estimated that 20,000 pounds of living matter exists in the top six inches of an acre of soil. Also, one tablespoon of soil harbors more organisms than there are people on Earth.

In contrast to common knowledge about what an American family looks like, it was only for a short period of time that the American family was composed of a breadwinner, a nonemployed mother, and two children. 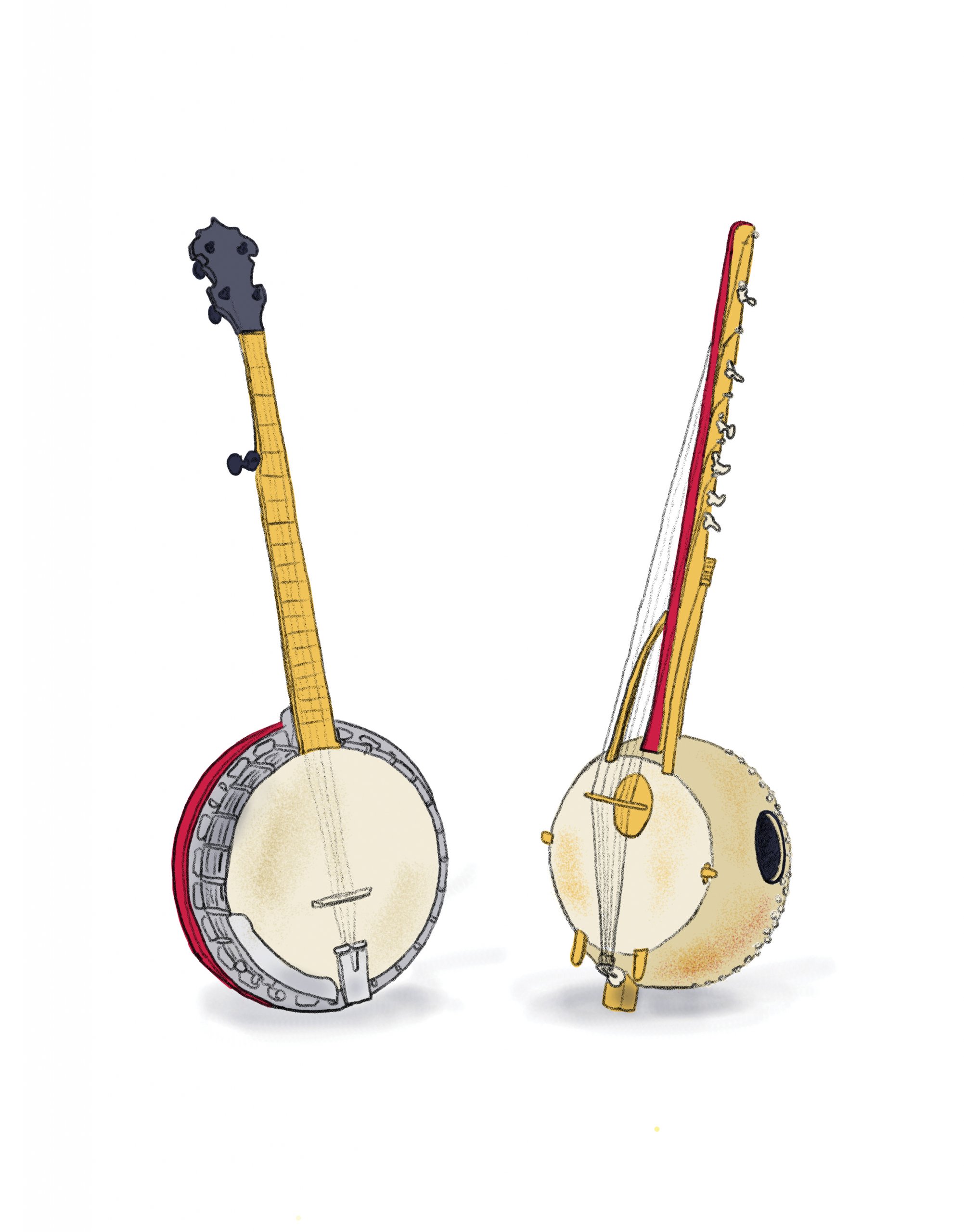 What we know as the banjo in the United States is likely a modified version of the ngoni, a string instrument originally from West Africa, which enslaved individuals brought from Africa. You can learn more about the history of the African origins of the banjo in Béla Fleck’s 2008 documentary Throw Down Your Heart.

Often people think of infancy and toddlerhood as a time when children are unaware of many things happening around them and assume that children will not be deeply impacted by stressors that the family is facing. In fact, early exposures, experiences, and relationships provide the foundations for the child’s developmental trajectory and relational capacities across the life course. 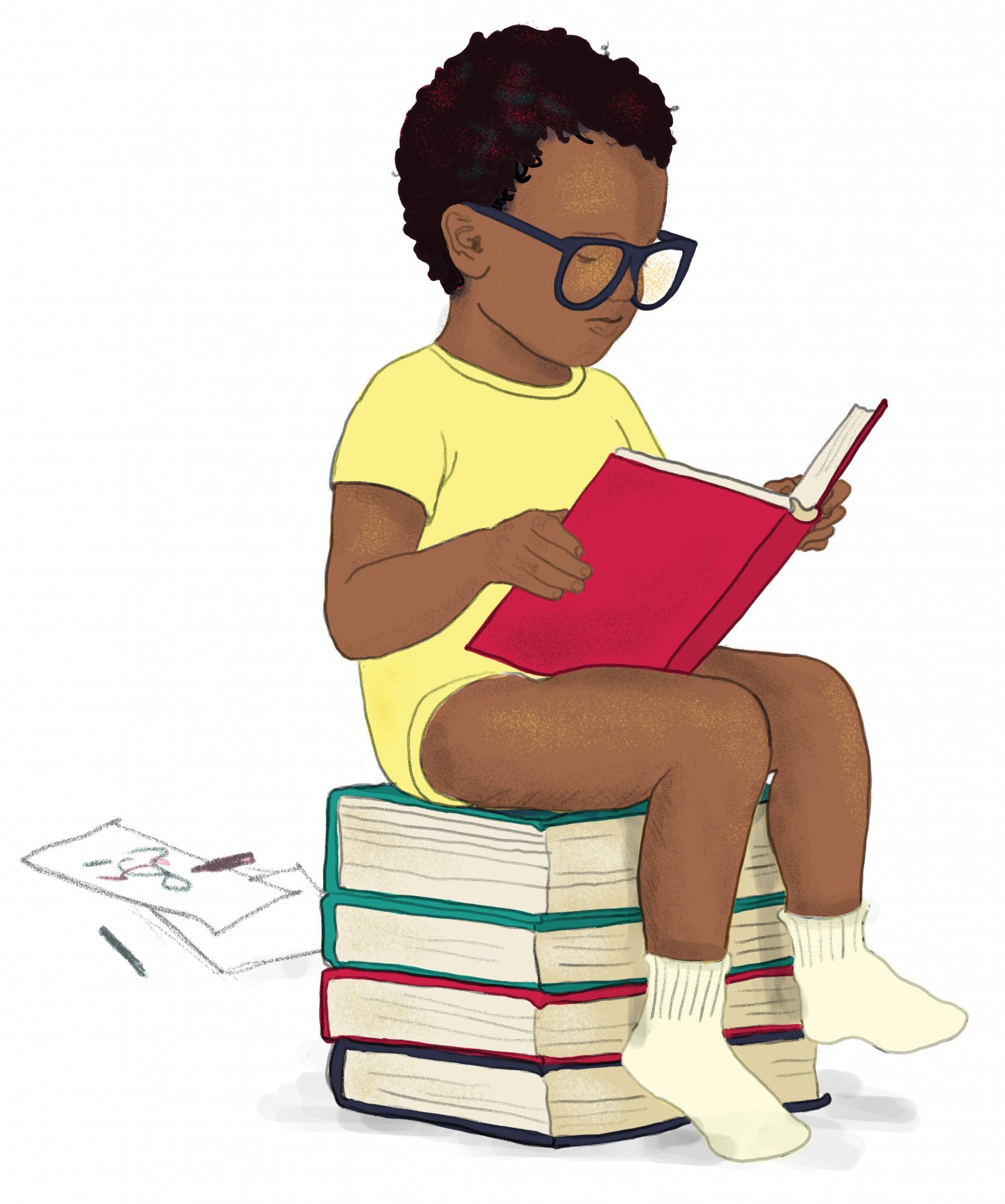 Usually, individuals consider that youngsters [are first taught reading and writing] in early elementary school. However, younger youngsters interact with literacy from their very first weeks and months on this planet! We are able to see emergent literacy practices in their first turns of the pages of a board book, their first phrases, and their — deeply significant — first scribbles on a page.

In nighttime photographs of Berlin from the International Space Station, the city’s Cold War partition is still visible. West Berlin uses environmentally friendly fluorescent streetlights that give off a white glow, while East Berlin uses older, sodium-vapor lamps that glow orange. It’s a striking reminder of how, 30 years after the end of the Cold War, legacies of that division continue to impact life in the city — and in Germany and Europe more broadly.

Cannabis has been used for healing purposes since at least 1500 BC.

And You Thought 50 Was Old

The earth is about 4.56 billion years old. The oldest mineral fragments that we have preserved from the early earth are up to 4.37 billion years old, and the oldest continental crust that is still intact and for which the age is undisputed is about 4 billion years old. There’s a lot of missing history in the earliest part of the terrestrial rock record, but there are several people at UW–Madison trying to parse out what we can from the little amount of material we have. 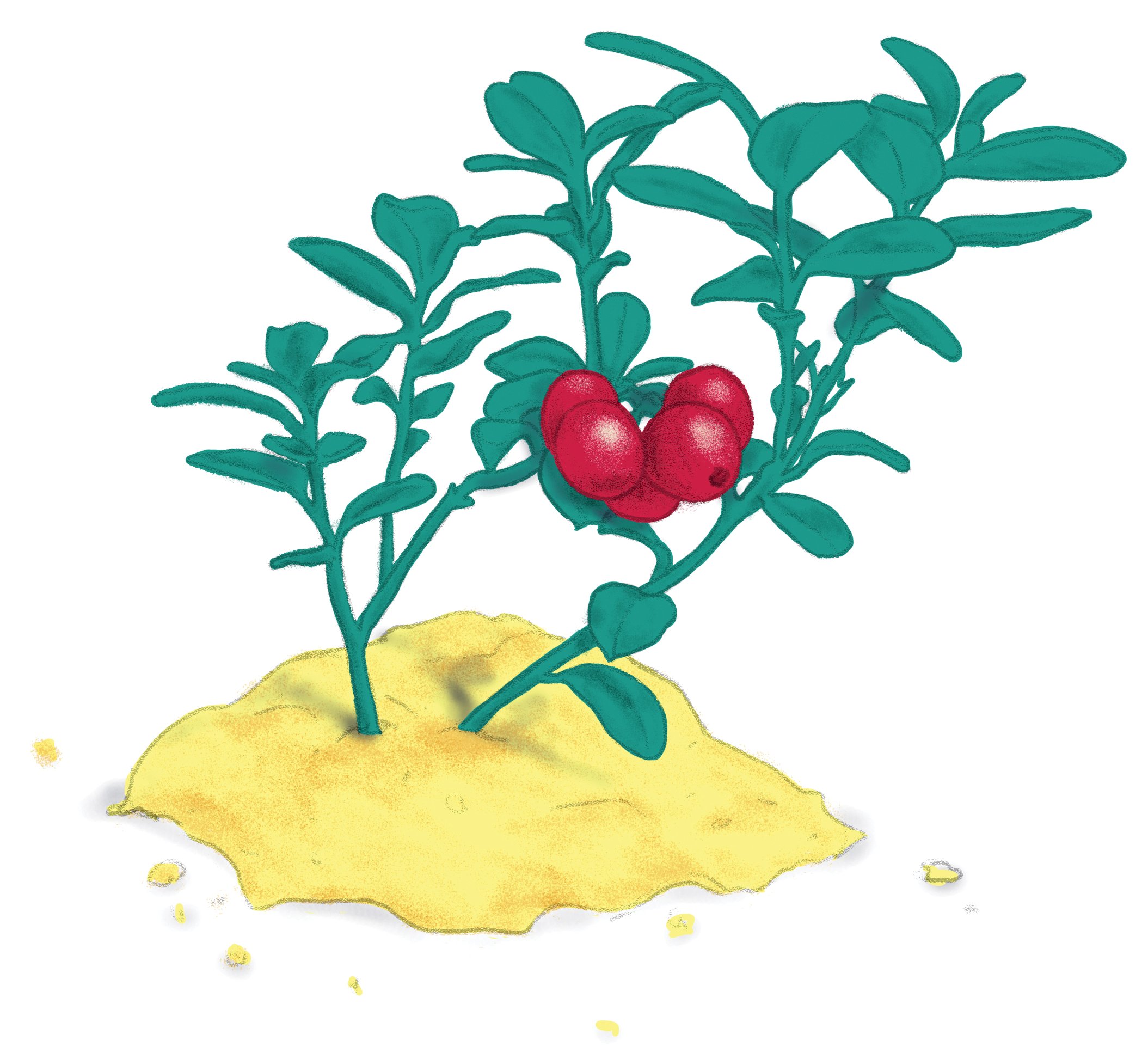 Wisconsin is the leading producer of cranberries in the U.S.! Cranberries do not grow in water, despite that popular belief. They grow in sandy marshes, and when they are ready for harvest the marshes are flooded and the cranberries float to the top.

A common medication to prevent strokes is named after the Wisconsin Alumni Research Foundation: warfarin.

Ojibwe, like perhaps all of Wisconsin’s Native languages, is extraordinarily complex and beautiful. Imagine any given verb having several thousand unique forms and expressions. Indigenous languages are also incredibly adaptive. Not only do they give brilliant explanation to the many place names on Wisconsin maps and roads, but they can quite exactly describe and name anything in the modern world.