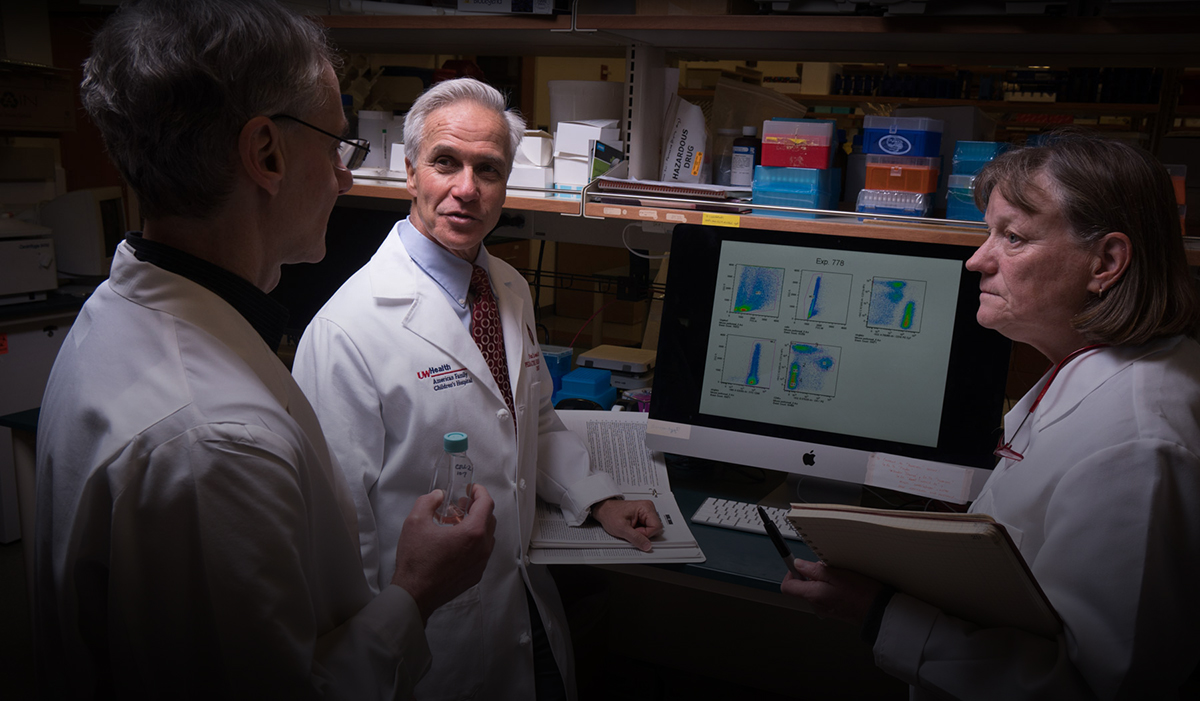 The Quest for a Kinder Cure

Paul Sondel ’71, PhD’75 knows his work involves a balance of means and ends. A pediatric oncologist, he helped drive medical advancements that now cure 80 percent of children with cancer. That’s good. But the balance: the treatments children go through come at a cost that’s more than financial. Due to the cancer and the intensity of the treatments, many patients face “toxicities during treatment, as well as lifelong medical issues, not only because of the cancer but because of what it took to treat the cancer,” he says.

Former pediatric cancer patients have to deal with potential late effects of their treatments. Some experience organ failure in their 20s and 30s; some face the emergence of secondary cancers.

Sondel’s goal is to help international efforts to successfully cure all forms of childhood cancer and to do it in a way that gives children the best chance of living a long and healthy life.

“You can’t have quality of life without life,” he says, “but we need to be concerned about quality of life and, from the very beginning, be picking those treatments that are not only curative but also cause the fewest problems downstream.”

Over the past decade, Sondel and a UW Carbone Cancer Center team have focused on delivering treatments while minimizing the cost to young patients.

Not bad for a guy whose first job on campus was washing test tubes.

Sondel, a physician-scientist, has been a prominent part of the pediatric cancer program at the University of Wisconsin for decades. Among other leadership positions, he was the head of the pediatric hematology, oncology, and bone marrow transplant program for 26 years. He’s also lent his expertise to numerous national cancer organizations, and he is an internationally recognized expert in the field of cancer immunotherapy.

Sondel seeks treatments that are “not only curative but also cause the fewest problems downstream.” John Maniaci

Seeking lab experience, he started knocking on doors around campus, hoping he might be able to land a job. Fortunately for Sondel, one of the doors he knocked on belonged to Fritz Bach, the pioneering researcher and physician whose bone marrow transplant work would pave the way for modern immunotherapy. He offered Sondel a job in his lab, a move that would set Sondel on his professional course.

In addition to washing the glassware, Sondel was able to get involved with the lab’s research, which was turning its attention to leukemia. Early studies in mice had shown that different cancers had specific tumor antigens — molecules that the immune system could recognize — and so a mouse could be immunized against leukemia. That research led the team to start doing bone marrow transplants to treat the disease in humans. “It was one of the first things that was [proving] to be successful for those many patients with leukemia who weren’t being cured with chemotherapy at the time,” Sondel says.

With that experience, Sondel went to medical school at Harvard. But his classes in tumor and transplant immunology hadn’t caught up to the research he participated in back in Wisconsin. So he took a leave of absence from Harvard and came back to UW–Madison to pursue a PhD with Fritz Bach.

Although he did eventually go on to finish medical school at Harvard, he returned to the UW and joined the faculty in 1980. “I wanted to be involved in the care of children with cancer,” he says. “I wanted to do research that could potentially impact children and adults, and I wanted that research to be in the realm of how we might use the immune system to have an effect against the tumor.”

At the time, much of cancer immunology revolved around how to improve bone marrow transplants. With an allogenic transplant — that is, from one human to another — cells are harvested from a matching donor and given to a recipient. While this procedure can be lifesaving, it comes with risk, including rejection by the recipient’s immune system and graft-versus-host disease, in which the donor’s immune cells attack the recipient’s healthy cells.

While many researchers sought ways to make the graft work better, Sondel turned to a separate strategy: might there be some way to use patients’ own immune cells to attack their cancer? In 1990, he began to build research around this concept.

In 1998, Sondel recruited Ken DeSantes to lead the UW’s pediatric oncology bone marrow transplant program. DeSantes brought experience with a method of radiation delivery using a substance called metaiodobenzylguanidine, or MIBG, that the team is now combining with immunotherapy.

DeSantes and Sondel built a translational research operation, recruiting physicians and scientists. They moved into the American Family Children’s Hospital, which enabled the team to add other pediatric physician-scientists: Mario Otto and Inga Hofmann from Germany and Christian Capitini, who had held a fellowship at the National Cancer Institute. The team also includes lab scientists — Jacquelyn Hank ’74, MS’76, PhD’78, Amy Erbe-Gurel, and Alexander Rakhmilevich — who trained in Madison, Montana, and Moscow. 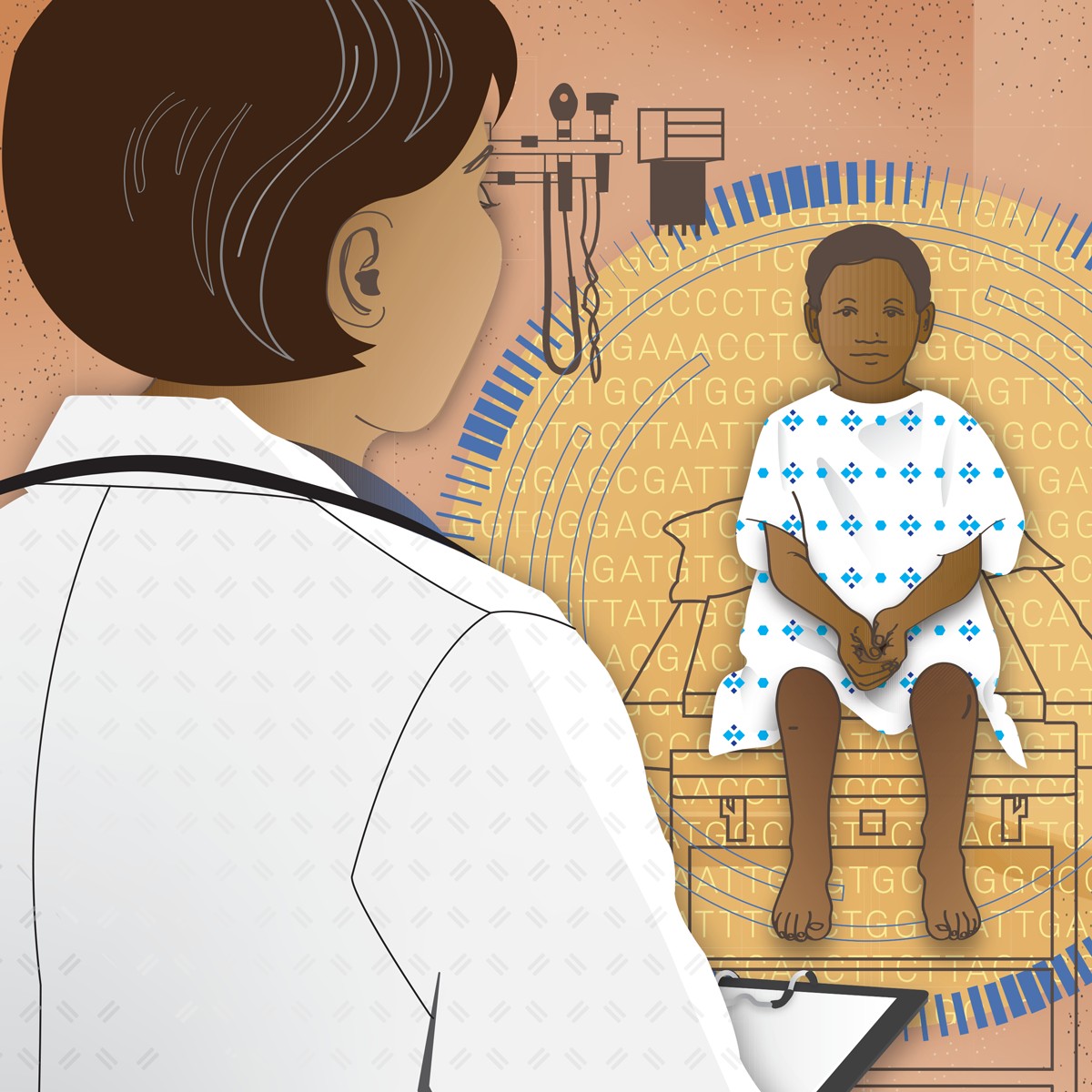 The UW’s childhood cancer team has a strong record with clinical trials, and they are often asked to participate in national and international studies as a partner institution.

In 2012, Sondel and Capitini were at a conference when they heard that St. Baldrick’s, a leading childhood cancer foundation, was teaming with Stand Up to Cancer to fund a “Pediatric Cancer Dream Team.” The mandate: revolutionize pediatric cancer research.

Sondel and Capitini discussed the idea of a collaboration with immunotherapy colleagues at other institutions. They also talked with colleagues who were studying the genetics of childhood cancer. Collectively they decided to “take these two fields that are really cutting-edge in pediatric cancer research and see if we can use genetics to inform what we’re doing in immunotherapy, utilizing a new approach, called immunogenomics,” Sondel says.

Genomics — the study of a person’s entire genetic makeup — and immunotherapy match well. Researchers can use genomics to analyze the composition of tumor cells and match this with the molecular and cellular functions of the immune system. The goal is to allow immunogenomics to help determine the best targets for immunotherapy, meaning a higher likelihood of killing the cancer cells, as well as leaving the healthy cells unharmed.

While more than 100 pediatric centers competed for the grant, UW–Madison and six collaborating institutions were selected, and the Dream Team was born. In its first six years, it has treated more than 930 patients in 34 clinical trials, it helped get the first gene therapies approved by the FDA, and it has discovered new immunotherapy targets.

Immunogenomics is the parallel study of the genetic structure of tumors and immune cells, with the goal of making cancer treatments more targeted and less harmful to patients.

The Dream Team designation has reaped other benefits. When the National Cancer Institute announced a competition to create a network for clinical immunotherapy trials, the team’s member institutions were able to show that they already had the infrastructure in place to make it happen. They won that competition, too.

“The two grants complement each other,” Sondel says, and they add to support from several other grants and foundations, including decades of help from Wisconsin’s Midwest Athletes Against Childhood Cancer Fund. “They are enabling the UW to make independent progress and to work with this Dream Team,” Sondel says. “This includes discovery research and its translation into early clinical trials, which we hope will become treatments that provide more cures and allow us to cut back on chemotherapy.”

Sondel knows that the immunotherapy research being done here is solid. “We have substantial momentum and scientific depth here at the UW,” he says. “What’s next is testing new ways to improve immunotherapy by incorporating contributions from additional scientific fields.” •

Chris Malina is a communications specialist for the UW’s Carbone Cancer Center. A longer version of this article appeared on the medical website Doximity. 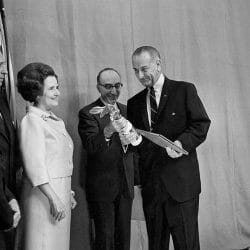