The Eye of the Storm

Lynsey Addario ventures into the world’s most troubled regions and creates stunning photos of pain, deprivation, and beauty. An Iraqi woman searches for her husband as she passes a burning liquid-gas factory in Basra, allegedly set on fire by looters in the aftermath of the Iraq War.

View a gallery of Addario’s work »

Nine days after her release from captivity by the Libyan Army in March, freelance photographer Lynsey Addario ’95 vowed to return to the battlefield, intent on capturing the life-and-death images that have made her one of the world’s leading conflict photographers.

“I will cover another war,” Addario wrote in the Lens blog at the New York Times, where she has been a regular contributor for several years. “I’m sure I will. It’s what I do.”

Addario on the job in Sudan. Photo: Kirsten Johnson

Addario was among four New York Times journalists held in captivity for six days. During that ordeal, she was groped, punched in the face while her hands and feet were bound, and taunted by a soldier who warned her that death was near.

Addario is based in Delhi, India, but travels the globe for the New York Times and National Geographic, finding images that convey the pain and horrors of war, as well as the determination and hope of those in the developing world to rise above the dire circumstances they confront each day.

In 2009, she shared the Pulitzer Prize for International Reporting with a team from the New York Times for coverage of the war in Afghanistan. That year she was named a MacArthur Fellow, winning a $500,000 grant from the James D. and Catherine T. MacArthur Foundation — known as a “genius grant” — to support her work over five years. O, The Oprah Winfrey Magazine, also named her to its 2010 O Power List.

Addario, who grew up in Westport, Connecticut, became enamored of photographic images as a young teen, after her father gave her a used Nikon FG. In Madison, she majored in international studies, focusing more on academics than her camera. During her junior year abroad at the University of Bologna, she started making photos in earnest.

But it wasn’t until after she graduated, when she traveled to Argentina to learn Spanish, that she broke into photojournalism, convincing an editor at the Buenos Aires Herald to hire her by sneaking onto the set of the movie Evita to get a picture of Madonna.

She later became a regular freelancer with the Associated Press, and since 2001, she has worked consistently for the New York Times.

Addario’s Libyan experience was by no means her first enounter with danger. While on a two-month assignment with the U.S. military in Afghanistan’s Korengal Valley, her unit came under mortar attack daily. She was kidnapped in Iraq in 2004, and had a brush with death in 2009 when she sustained a broken collarbone and her driver was killed in a car accident in Pakistan. The car crash came just weeks before her marriage to Reuters journalist Paul de Bendern.

“When I am in these situations, I take calculated risks and hope I am able to do my work without getting injured, and more importantly, without anyone I am working with getting injured,” she says. “But sometimes these things happen. I am generally so focused on the story, and on producing good images, that I don’t get scared that often. I believe in fate and believe that when it’s time to go, I’m going to go. And I would rather have a camera in my hand when it’s that time.”

Over the past year, she’s made four forays into Afghanistan. For National Geographic, she photographed women for an article published in December 2010. She went with U.S. troops on assignments from the New York Times. Some of her finest work has come from the Muslim world, where Addario says she has an advantage over male photographers because she has access to both men and women.

“You become sort of unisex,” she says.

In May, she was in Sierra Leone for a project on maternal mortality, and in February 2010, she traveled to Haiti to provide a glimpse of life there after an earthquake killed more than 300,000.

“I am looking for something different in each story, but generally, I am trying to convey the reality on the ground, raw emotion, whatever elements make up the particular story I am shooting,” she says.

Michelle McNally, assistant managing editor at the New York Times, says Addario is “one of the most courageous and brave photographers I’ve ever seen.” McNally says Addario is also an artist with an eye for composition and a journalist who wants to convey the truth.

“She has the ability to look at a situation, and compose a photograph that shows the horror of what she’s seen,” says McNally. “And her photos have much more power because of how she thinks and what’s in the foreground, middle ground, and background. She thinks through every element.”

In Haiti, she’d come to look at the long-term effects of the catastrophe. While visiting a camp of 70,000 displaced Haitians, she came upon a woman in labor. She photographed her agonies during those painful contractions. She chronicled the woman’s trip by stretcher through the camp, the child’s delivery by an American soldier, and her postpartum life in the tent, where hope was tinged with uncertainty.

“I’d been attending funerals, talking to people about their mourning process. It was all so negative, and then you witness the birth of a baby,” she recalls. “It was an incredible scene to see a life being born into all this destruction.” 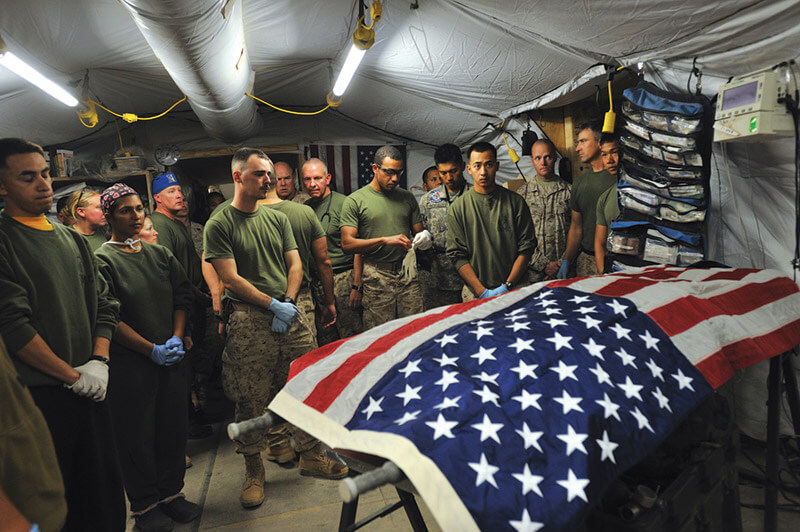 A marine who was fatally injured in the Helmand Province of Afghanistan is pronounced dead. 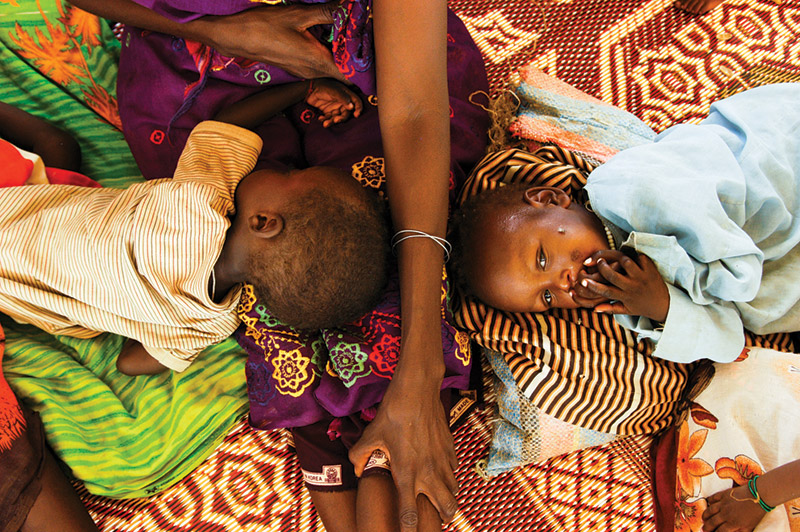 Two malnourished children in a feeding center in Bahai, Chad, in 2004 were among thousands of refugees who poured in from neighboring Sudan to escape the war there. 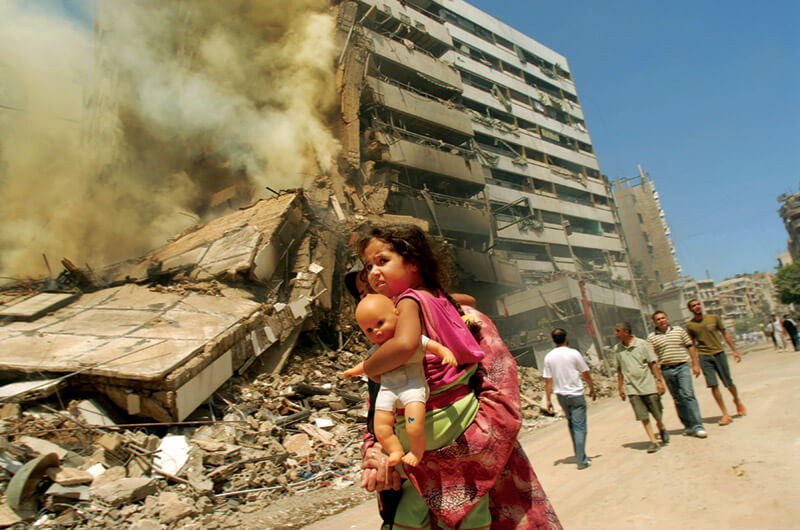 Lebanese citizens walk through the destruction in Beirut’s suburbs on the first day of a cease-fire between Israel and Lebanon in 2006. 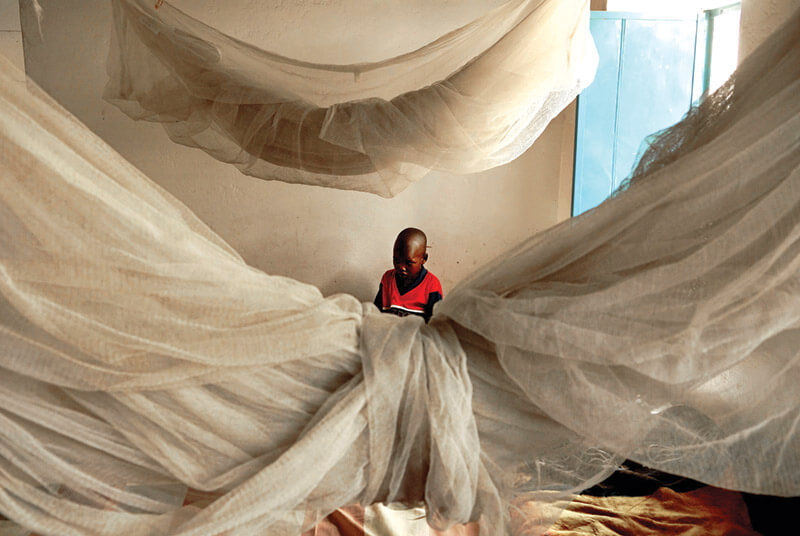 A young refugee in a Darfur hospital sits surrounded by mosquito netting. Suffering from a respiratory infection, he is one of many internally displaced persons afflicted by disease and malnutrition. 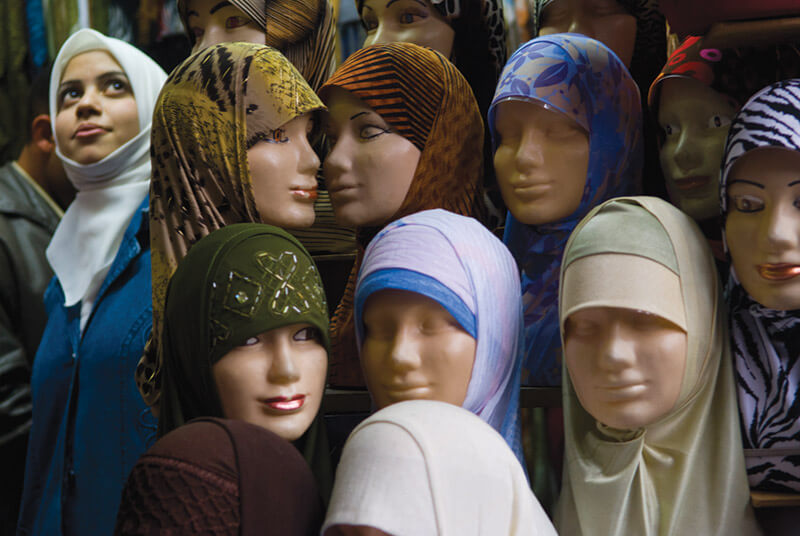 A young Syrian woman shops for hijabs in the historic old city of Damascus. 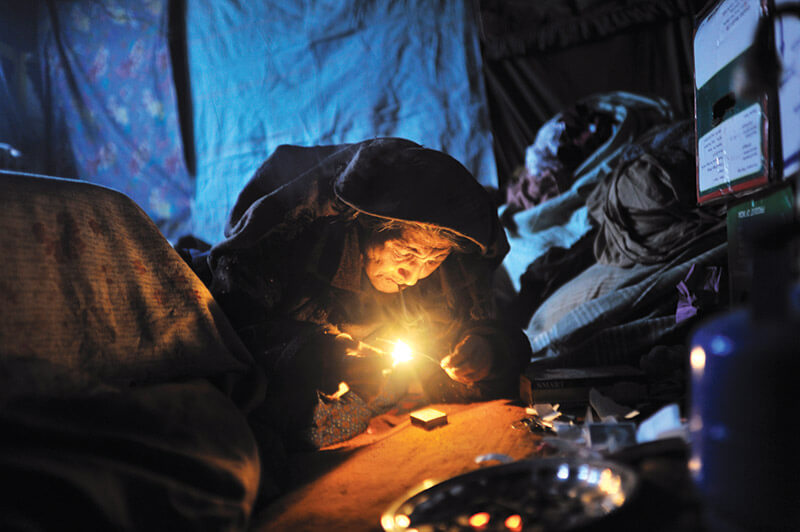 An Afghan woman and 12-year addict smokes heroin in her home in Kabul. 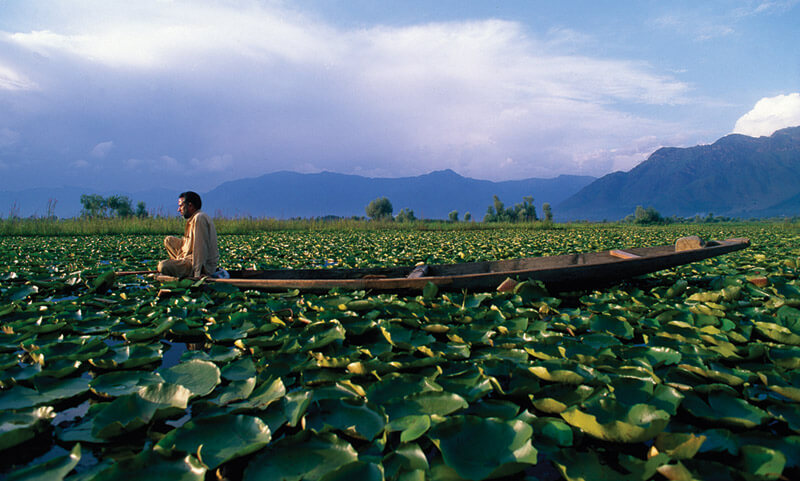 A man floats among the lily pads on a lake in Srinigar in the Kashmir region of India in 2000. 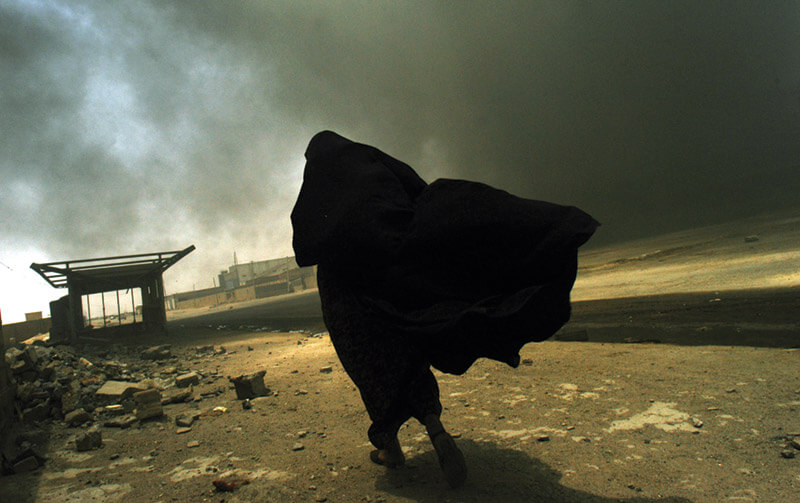 An Iraqi woman searches for her husband as she passes a burning liquid-gas factory in Basra, allegedly set on fire by looters in the aftermath of the Iraq War. 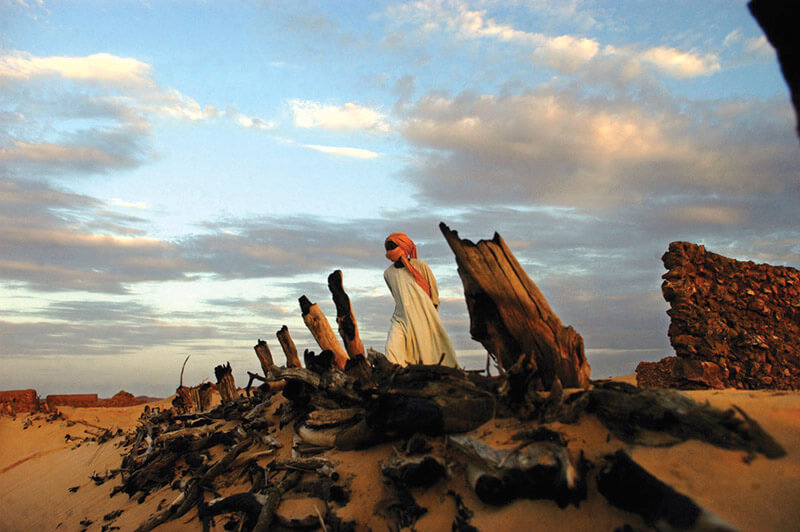 A Sudanese Liberation Army soldier walks through the remains of a village burned by the Janjaweed militia in Darfur in 2004. Thousands of Africans were forced to flee their homes due to attacks on civilians. 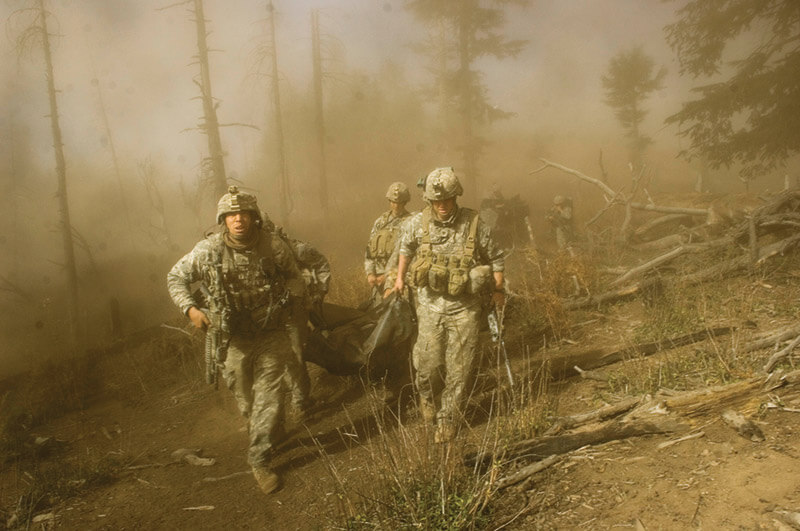 American soldiers in Afghanistan carry the body of a fallen comrade toward a medevac helicopter after an ambush by the Taliban in 2007.