Even though Barry Levenson had what he describes as “the best law job in the world,” his passion for mustard was even stronger, and he was soon awash in the yellow stuff. Photo: Bryce Richter

Since giving up the practice of law to found the National Mustard Museum, Barry Levenson makes a compelling case for his chosen condiment.

On October 28, 1986, at 2:30 a.m., Barry Levenson MA’73, JD’74, streaming tears, pushed an empty shopping cart through the deserted aisles of Woodman’s grocery store on the east side of Madison. He was mourning a close call and ultimate World Series loss by his beloved Boston Red Sox.

“I realized it was kind of nuts to be crying because of a baseball game,” Levenson remembers. “I needed a hobby. I decided to collect something, but what? I happened to be standing in front of the mustards, and I heard this voice that said, ‘If you collect us, they will come.’ ”

Levenson grabbed some lesser-known brands of the condiment and headed for the checkout lane. The clerk had no idea he was witnessing history as he bagged up the beginnings of the National Mustard Museum, which Levenson describes as half Field of Dreams, half Willy Wonka.

Mustard makes a perfect platform for Levenson, who has extraordinary zest for life. He has juggled multiple careers: lawyer, adjunct professor, author of several books (including Habeas Codfish and The Seventh Game), and last but not least, curator of the mustard museum in Middleton, Wisconsin.

Though Levenson began his graduate education in economics, he switched to law school, then practiced law for fifteen years, becoming head of the Criminal Appeals Unit of the Wisconsin Department of Justice. In that role, Levenson argued cases before the state Court of Appeals and the state Supreme Court, and even argued one case before the United States Supreme Court.

He credits that 1987 case with prodding him to make the leap from appeals attorney to mustard maven. On his way to the highest court in the land, he noticed an unopened jar of mustard among the leftovers on a room service tray in his hotel hallway. By this point, his collection had reached more than 150 jars, but before him was a new variety. With no time to return to his room, he slipped the fresh find into his left-hand pants pocket and hurried on.

“I may be the only lawyer to argue a case in front of the Supreme Court with a jar of mustard in his pocket,” Levenson says. “I won the case five to four, and now that very jar of mustard has a place of honor here at the museum.”

So why leave a successful legal practice? Levenson shrugs. “I had the best law job in the world. I loved my job. I really liked doing appellate work, writing and arguing cases in front of the state Supreme Court, but there was just something gnawing at me.” Realizing that he was as excited about a new mustard find as he was about the next court case, Levenson knew he had to follow his heart.

The Mustard Museum houses more than 5,200 varieties, with the section above stocked by geographic area of origin. Photo: Bryce Richter

After four years of planning, he left the Wisconsin Attorney General’s office in 1992. He opened the doors of the museum in Mount Horeb, west of Madison, and began making a case for the wonders of mustard.

Ed Shafer, past president of Silver Springs Foods, the world’s largest grower and processor of horseradish, calls Levenson Mr. Mustard. “We don’t have a mustard association,” Shafer says. “So Barry is the voice of mustard.”

Mustard could not ask for a more enthusiastic voice or a more inventive and tireless promoter. A Google search of the National Mustard Museum displays more than twenty-five pages of entries. Levenson has tasted mustard on the air with Oprah and was cut from a David Letterman special after Letterman ignored Levenson’s warnings to be cautious when sampling a fiery horseradish spread.

“He put a giant spoonful in his mouth, and the next minute he was on the floor screaming,” Levenson remembers. “I was edited out. He couldn’t cut the mustard.”

Levenson will sing mustard’s praises at any venue he can find, from appearing in a mustard bottle costume, to performing his original operetta, Madame Butterfat: a Bovine Cantata in B Flat Major.

“This place is built on whimsy,” he says. “The world has a silliness deficiency, and I am trying to remedy that.” The museum houses the mustard university — Poupon U — replete with banners, fan apparel, and ornate diplomas.

While Levenson does not teach classes at Poupon U, he is an adjunct professor at the UW Law School. His class is the culmination of one of Levenson’s other collections — files full of legal battles over food.

“It’s a serious course on food law,” says Kevin Kelly JD’91, assistant dean for curricular affairs and academic staff at the school. “Barry has a light touch, but he covers an enormous amount of information about regulation and litigation regarding food. He taught a class last spring and had eight students. This semester he has twenty-two students. The word has spread.”

Bill Daily is a third-year law student enrolled in Levenson’s class. “It’s apparent that he is very smart,” says Daily. “He uses humor to engage the class. He’s a good combination of a scholar and someone who can relate to people.”

Levenson also works with Madison Area Technical College, incorporating its culinary arts department into the grand championship judging of the World-Wide Mustard Competition he orchestrates every winter for the Napa Valley Mustard Festival. This year’s competition included 360 mustards submitted from all over the world.

Many of them will end up in the National Mustard Museum, which recently moved from Mount Horeb to Middleton, and now houses more than 5,200 mustards. In its shop, there is a spread for every taste, from K.L. Keller’s Black Truffle Mustard to Sprecher Root Beer Mustard to Noyo Reserve Merlot and Chocolate Mustard.

Levenson is excited about his new quarters, which were built on the site of Middleton’s first commercial building, The Friendly Store. “The plan was to build the museum within the original walls, but early on in the construction, the walls collapsed,” he says. “The building owner salvaged the bricks, so even though it’s a new building, it has an older feel. I think the museum and shop are a fitting tribute.

“We have the facility for cooking classes here, and we are going to make the museum available for small events and parties — themed around mustard, of course. Middleton is making an effort to turn this area into a destination,” he adds.

But Levenson has set his mustard sights much, much higher. “Mustard has already accompanied astronauts on thespace shuttles Discovery and Columbia. Once we go beyond the stars and discover advanced civilizations,” he asserts, “they will have mustard.”

As she was researching this story, museum staff helped Denise Thornton identify the mustard best suited to her personality and tastes, and now she has to figure out how to fit five jars of mango-curry mustard into her spice cabinet.

How to Judge Great Mustard

Winners of the World-Wide Mustard Competition for the years 2006 through 2010 are arranged from left to right. Photo: Bryce Richter

When Barry Levenson prepares for the annual World-Wide Mustard Competition, he starts by narrowing the field locally, and he must coach dozens of first-time judges. To make their job easier, he divides mustards into seventeen tasting categories, including honey mustards, American yellow, fruit, Dijon, herb, garlic, and exotic. Then the judges evaluate each category for three essential traits.

Mustard, Levenson notes, is a freebie in your diet. “There are virtually no calories in mustard. There is no fat and no worry about cholesterol. Mustard is high in flavor with no negative health attributes,” he says. “There is no such thing as too much mustard.” 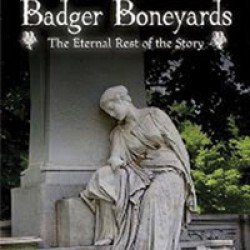