From “Alien” Child to Sci-Fi Sensation

Kevin Anderson ’83 never abandoned his youthful passion, and now he’s one of the most successful authors in his field.

Anderson, who writes by talking into a tape recorder while hiking, is shown at Red Rocks Park, which is northwest of his home in Monument, Colorado. Kate Milford

When he was growing up in Wisconsin, there was little on the surface of Kevin Anderson ’83’s life to suggest he’d become one of the world’s most prolific science-fiction authors.

“I was an alien child, I think,” says Anderson, who grew up first in Racine and then in Oregon, outside of Madison. “My dad was a bank president, and my mom was an accountant. We didn’t have an artsy streak in our family.”

Still, when Anderson was five, he saw the 1953 film The War of the Worlds and was mesmerized. Later he raced through the Ray Bradbury paperbacks he checked out of his school library, and he was left with one consuming thought.

“I wanted to tell stories like that,” he says.

In ninth grade, Anderson submitted his first science fiction story to a magazine.

You could say that. Anderson, who turns 60 in 2022 and now lives with his wife, Rebecca Moesta, outside Colorado Springs, has published a staggering 175 books, though that number may already be dated. Many have landed on various best-seller lists.

He has written Star Wars novels, X-Files novels, Dune novels in collaboration with Brian Herbert (son of Dune creator Frank Herbert), and even steampunk fantasy novels with a rock-and-roll star for a coauthor. Clockwork Lives, Anderson’s second novel with the late Rush drummer, Neil Peart, is his favorite among all his books.

The genesis of their unlikely friendship is itself a good tale. It followed the appearance of Resurrection, Inc., Anderson’s first novel, published when he was 25 and working as a technical writer at the Lawrence Livermore National Laboratory in California.

Anderson got the Livermore job after graduating from UW–Madison with a degree in physics and astronomy and a minor in Russian history. He took a few writing classes but says, “I guess I wanted to know things to write about rather than how to write. I wanted to have ingredients, not cookbooks.”

Recalling his time at the UW, Anderson notes, “I loved the campus and student life. I still miss Rocky Rococo’s pizza. That was one of my main food groups.”

More seriously, he adds, “Growing up in a small town was great. But being sort of an odd duck who liked to read comic books and make up stories about space battles and things — I didn’t have a whole lot of people that I had much in common with. It wasn’t until I got to the university that I found other writers and creative people.”

Resurrection, Inc. was inspired by the Rush album Grace under Pressure. Anderson had admired the band for years. He sent signed copies of the novel to Mercury Records, asking that they be forwarded to Rush, not really expecting that to happen.

Yet Peart not only received the novel, he loved it and sent Anderson a seven-page, single-spaced letter saying so. A correspondence ensued. The friendship included yearly invitations for Anderson to hang backstage at Rush concerts. It was in 2010 while hiking on a mountain in Colorado — a passion of Anderson’s — that the two agreed to collaborate on a novelization of Rush’s album Clockwork Angels. The book appeared in 2012.

Anderson has published a staggering 175 books, with many landing on various best-seller lists.

When Anderson met Moesta, a science-fiction fan who was working as a proofreader and copy editor at the Livermore lab, “we hit it off right away,” he says. In three decades of marriage, they’ve coauthored dozens of books, including an entire series of Star Wars adventures for young adults. They moved to Colorado in 1997, and in 2021, Anderson was inducted into the Colorado Authors’ Hall of Fame.

Anderson’s writing has paid off handsomely. A 1997 Publishers Weekly article stated that he and Herbert had signed a $3 million deal for a trilogy of sequels to Dune. Anderson’s website notes that 23 million copies of his books are in print in more than 30 languages.

These days he’s busier than ever. Anderson teaches writing at Western Colorado University, and he and Moesta have a publishing company, WordFire Press, that has released some 400 titles.

When his schedule allows, Anderson likes to write in the mornings. But he doesn’t sit at a computer. Instead, he heads outside and talks.

“I do all my writing on a digital recorder,” he says. “I love to go out on the trail and dictate — usually two chapters a morning. I go for a walk and tell myself a story. I send it off to a transcriptionist, who sends it back. Then I have to polish it, of course.”

Anderson has several titles coming in 2022, including the third book in the Dune trilogy and the last novel in his Clockwork series with Peart, who died in 2020. More will surely follow. This is an author who loves what he’s doing.

“It’s exactly what I’ve wanted to do since I was five years old and saw War of the Worlds,” he says. “Not many people can say they’ve built their entire career on what they wanted to be when they were a little kid.” •

Doug Moe ’79 is a longtime Wisconsin journalist and author. 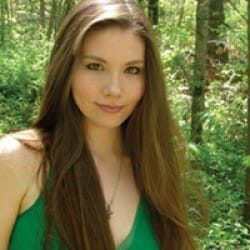