The early 1900s saw major growth in the popularity of college football — along with controversy and an intense debate about its safety and compatibility with academic institutions. (For more, read “Football Fight”). Images and memorabilia from the early years of the UW’s football team show school spirit and rivalries that should ring true for today’s alumni and fans, as well as uniforms that seem ill-suited for the physicality of today’s game. 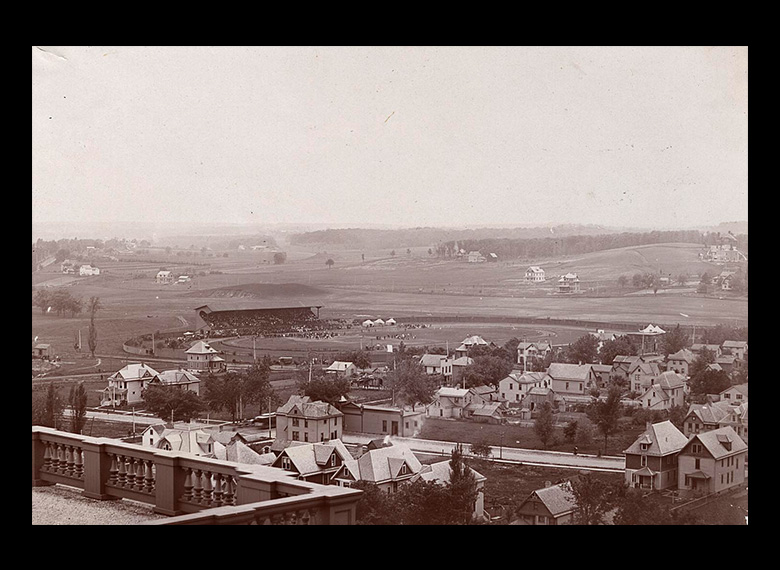 The old Camp Randall (built on the site of a former Civil War camp) was the home turf for the Badgers at the start of the 20th century, and its wooden grandstand was photographed here in May 1901 from the top of Bascom Hall. UW ARCHIVES S09660 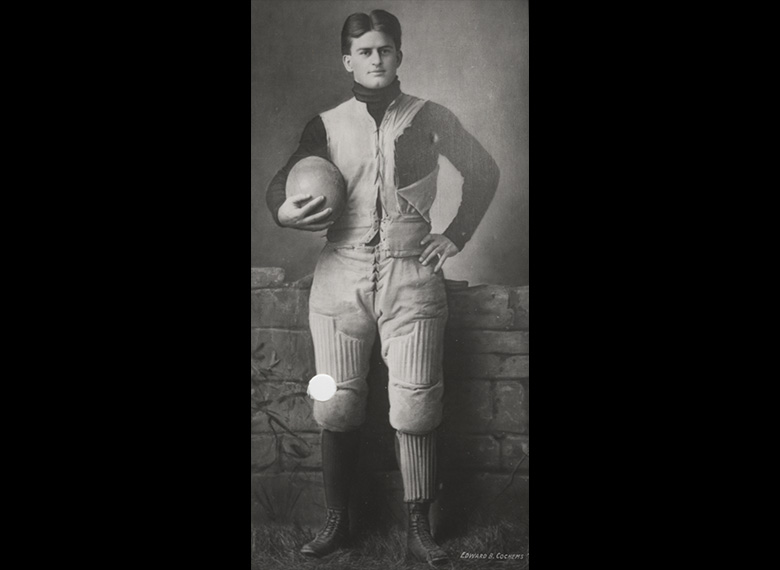 Eddie Cochems 1900 played for the Badgers from 1898 to 1901 and later served as a head coach for a number of college football teams. During his 1906–1908 stint with Saint Louis University, he became the first football coach to build an offense around the forward pass, which became legal for the 1906 college football season. UW ARCHIVES S13136 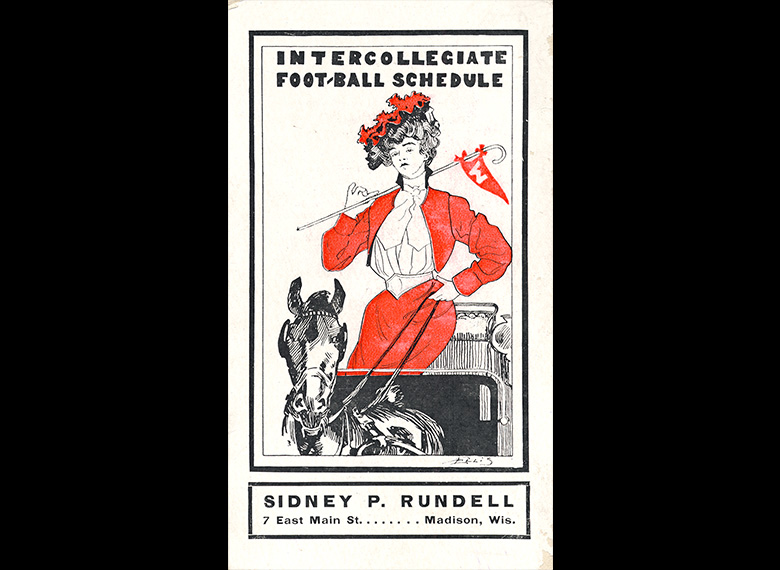 A 1902 football schedule for Western Conference teams, including Wisconsin: the Badgers finished the season 6–3, with wins over opponents including Hyde Park High School. Sidney P. Rundall, the advertiser, was a “hatter and men’s furnisher” located on the capitol square. UW.UWArchives.dn04050607.bib 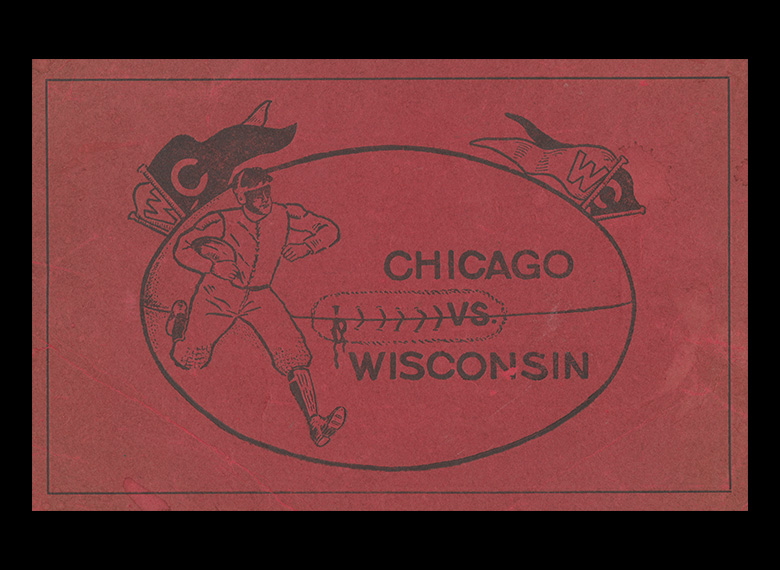 The University of Chicago was one of the UW’s earliest and most intense rivals on the football field. This program is from a 0–4 home loss the Badgers suffered to Chicago on October 21, 1905. UW ARCHIVES 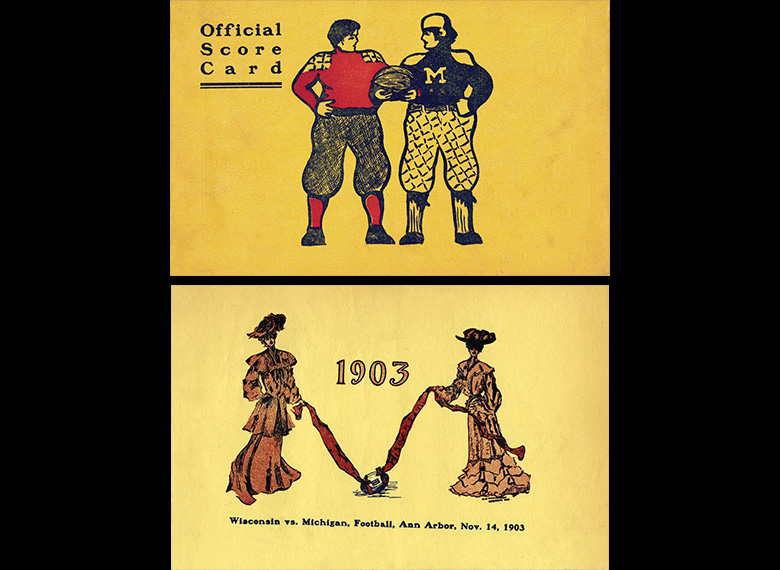 The UW and Michigan were also fierce rivals from the earliest days of college football. Programs that survived their clashes in Ann Arbor in 1902 and 1903 tout the matchups. Bentley Historical Library, University of Michigan 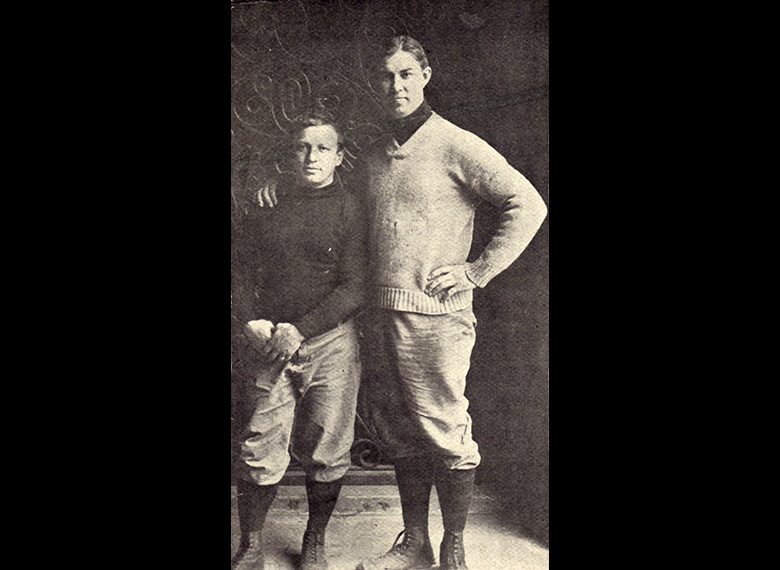 Coach Phil King (left, with athletic trainer Dr. A.C. Kraenklein in a photo from the 1907 Badger Yearbook) led the Badgers from 1896 to 1902 and again in 1905. He compiled a 66–11–1 (.853) record. The Badgers had four nine-win seasons during his tenure. King’s 1896 and 1897 teams won the first two football championships of the Big Ten Conference, then known as the Western Conference. King’s 1901 Wisconsin team went 9–0, outscored its opponents 317–5, and tied with Michigan for another conference title. UW ARCHIVES S08626 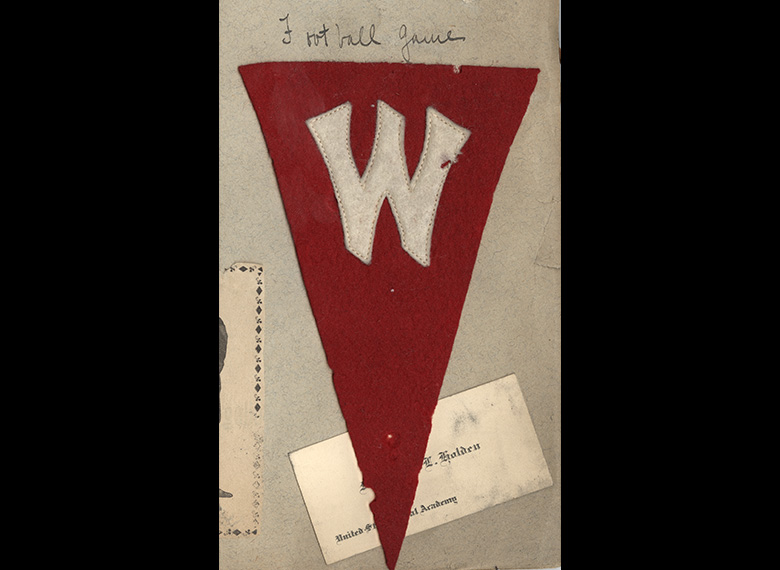 Before the motion W: a red pennant from Badger football’s early years, from the scrapbook of Ava Cochrane 1909, who, according to University Archives, made the most of her campus years. Her scrapbook, full of well-kept calling cards and dance cards, shows she danced, went to parties, and attended concerts, shows, and plays. UW ARCHIVES S09222 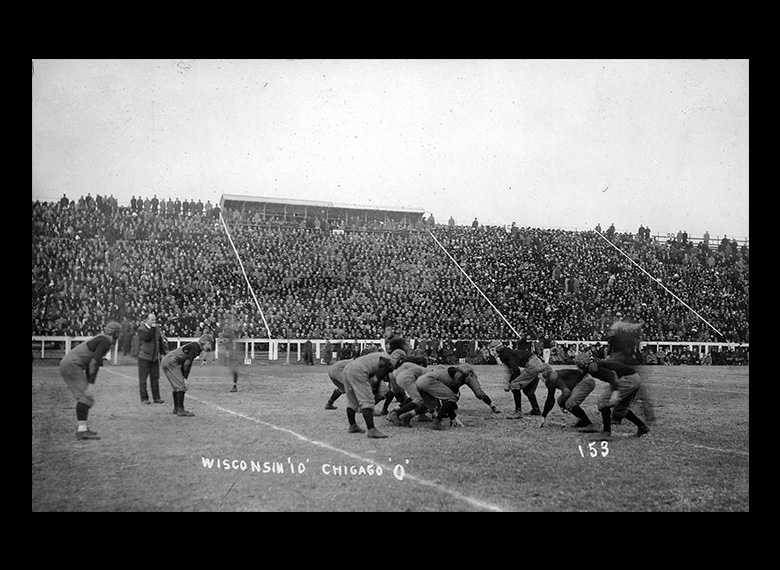 Although efforts at reform in the 1906 season attempted to curb the perceived excesses of college football, the UW soon resumed games against its chief rivals, including Michigan, Minnesota, and Chicago, pictured here on November 19, 1910, at old Camp Randall in Madison. The UW won 10–0. WHS Image ID 33723 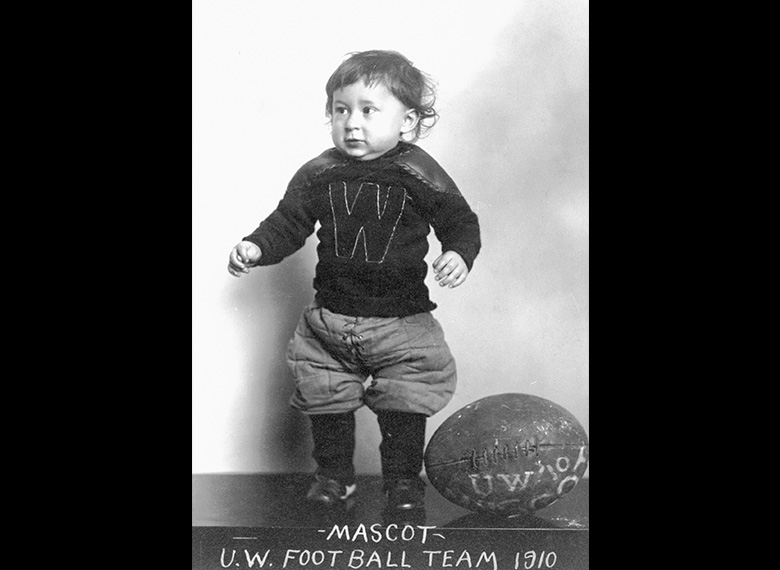 He doesn't seem so sure about it, but this unnamed child was recruited early to suit up and cheer on the 1910 UW football team. He is the forerunner to today’s little Badger fans, who wear jerseys bearing the names of their favorite Badger players. UW ARCHIVES x25-3499