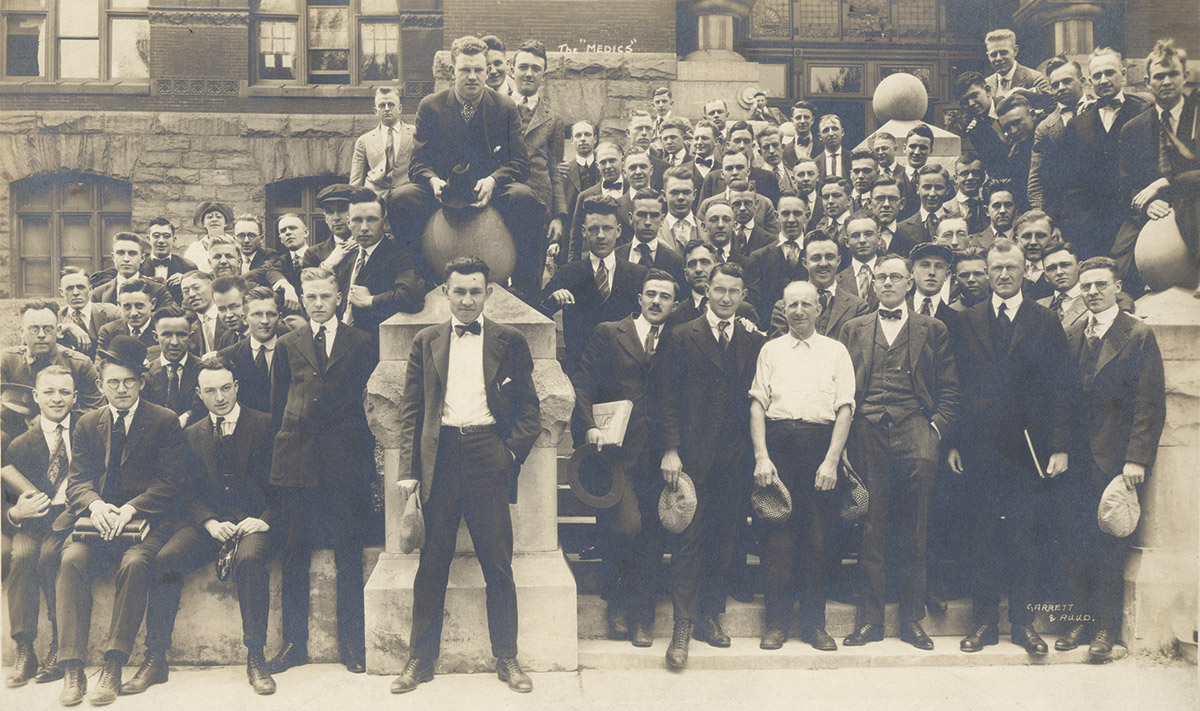 All Hands on Deck

The University Medical School Class of 1917 on the school’s front steps. The UW sent both medical faculty and students into war service. UW Archives S04697 The greatest impact on the home front was the rationing program. To save coal, Lathrop Hall was closed in the winter of the 1917–18 academic year, and physical education activities were reduced to outdoor winter sports, including skiing on Bascom Hill.

War work wasn’t just for chemists and physicists. The UW’s medical school offered its entire staff and students to the government. Doctors William Middleton and Robert Drane were sent to France, while the medical students enrolled in a reserve medical corps and were sent back to the classroom until needed. French professors taught in army camps. Historians worked for the Department of State and the Committee on Public Information, studying topics such as German war practices and offering analyses of the war’s causes. Geologists studied mineral resources. The education department developed tests for aviation candidates. When the war ended, one historian, one political scientist, and two geologists were among the UW professors on hand at the Peace Conference in Paris.