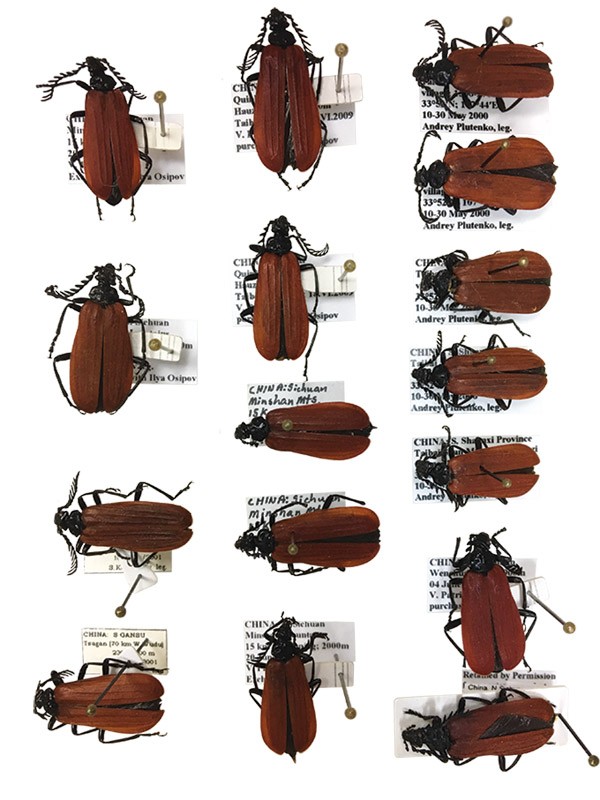 “Most everything in my office probably would be considered creepy or gross to many people, but not to me,” says Young, whose officemates are thousands of dead insects. His research collection of fire- colored beetles — his specialty — is estimated to be the third-largest in the world. 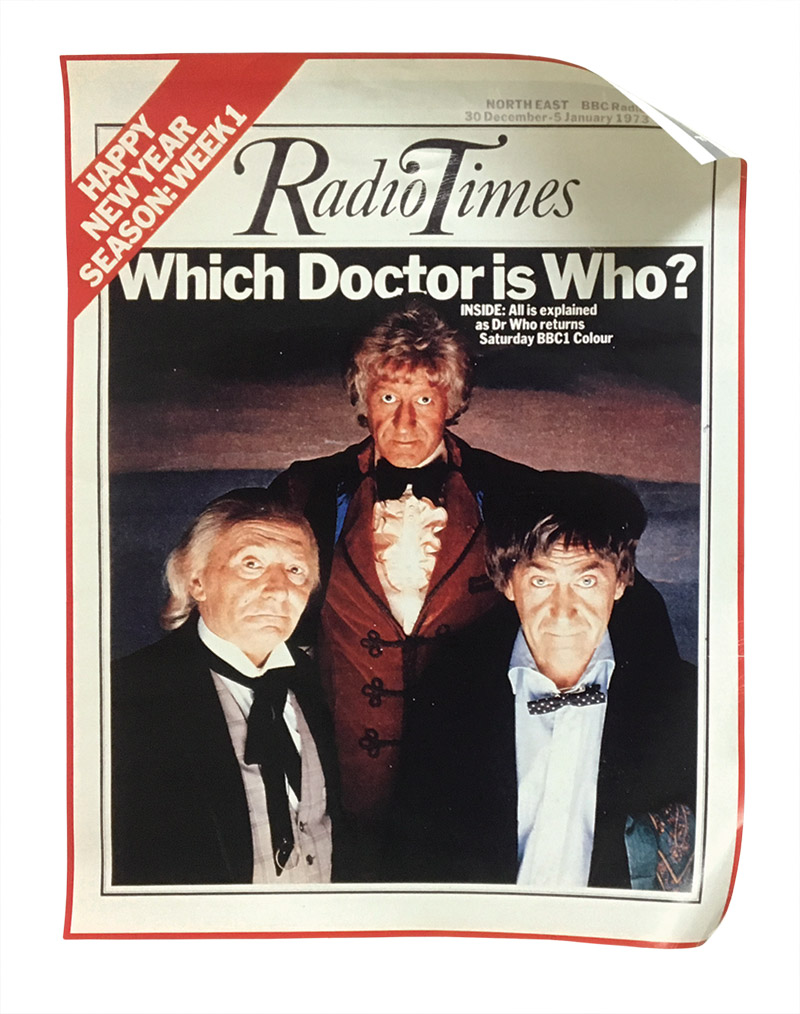 Forty-four years ago, Brighouse, age 10 and living north of London, ran to a newsstand and bought three copies of Radio Times, a TV Guide-like publication with Doctor Who on its cover. Today, he’s known for an office full of objects related to the British television series, including a reproduction of that 1973 cover. “The show influenced my values and views on society, even teasing me into abstract thinking, which is what I ended up doing for life,” he says. 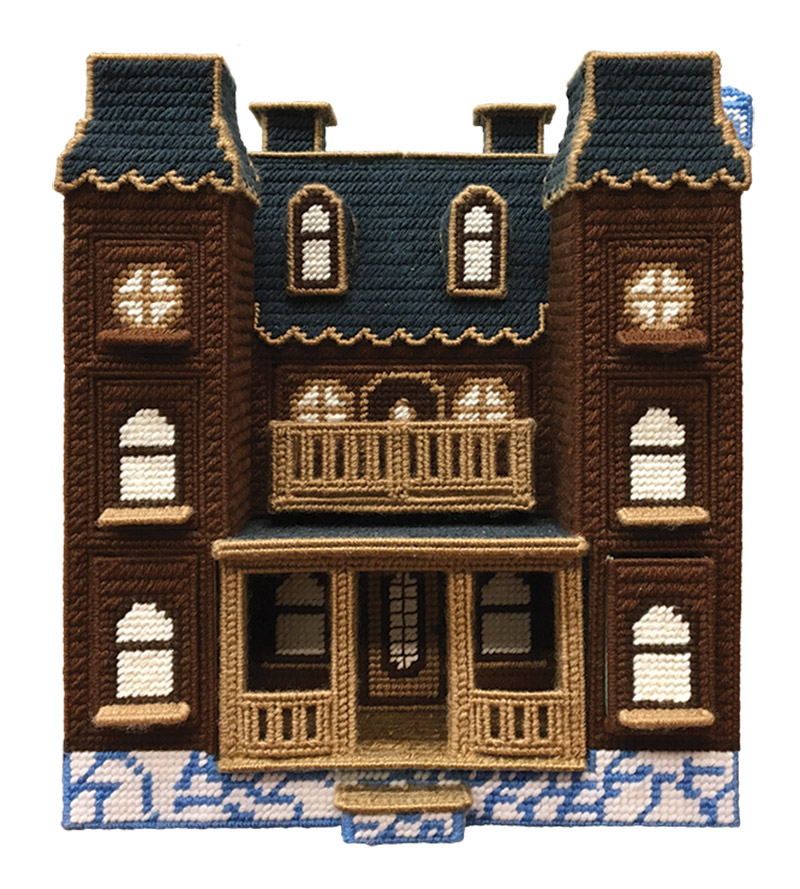 Soon after Sperling successfully helped a client through the Wisconsin Innocence Project, the man thanked her with this needlepoint house made in prison. Students who take the time to look it over are rewarded: Sperling stocks its numerous secret compartments with candy.

Object: Rock that contained the oldest known piece of Earth 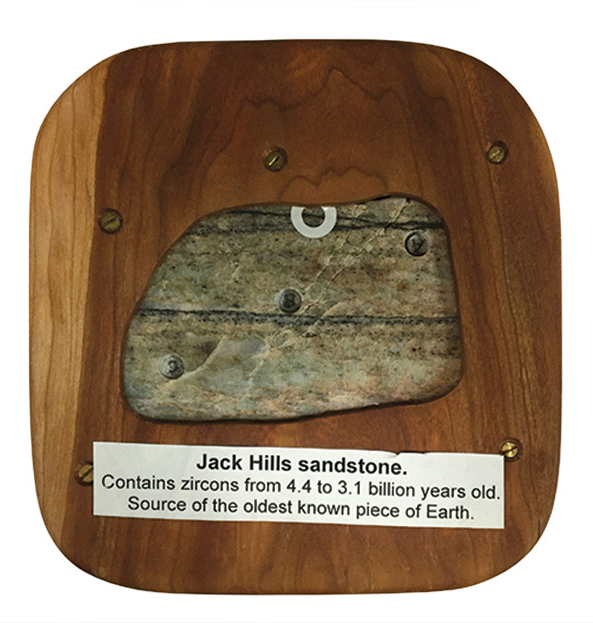 Valley extracted the rock from an outcrop in Australia. In 2014, he and a team of researchers reported that it contained a speck of zircon — a tiny, hardy crystal — that is 4.4 billion years old. That’s the oldest known bit of Earth’s crust. Alas, the priceless zircon is stored elsewhere on campus under lock and key. But Valley keeps in his office the rock it came from, itself one of the oldest objects on campus at three billion years old. 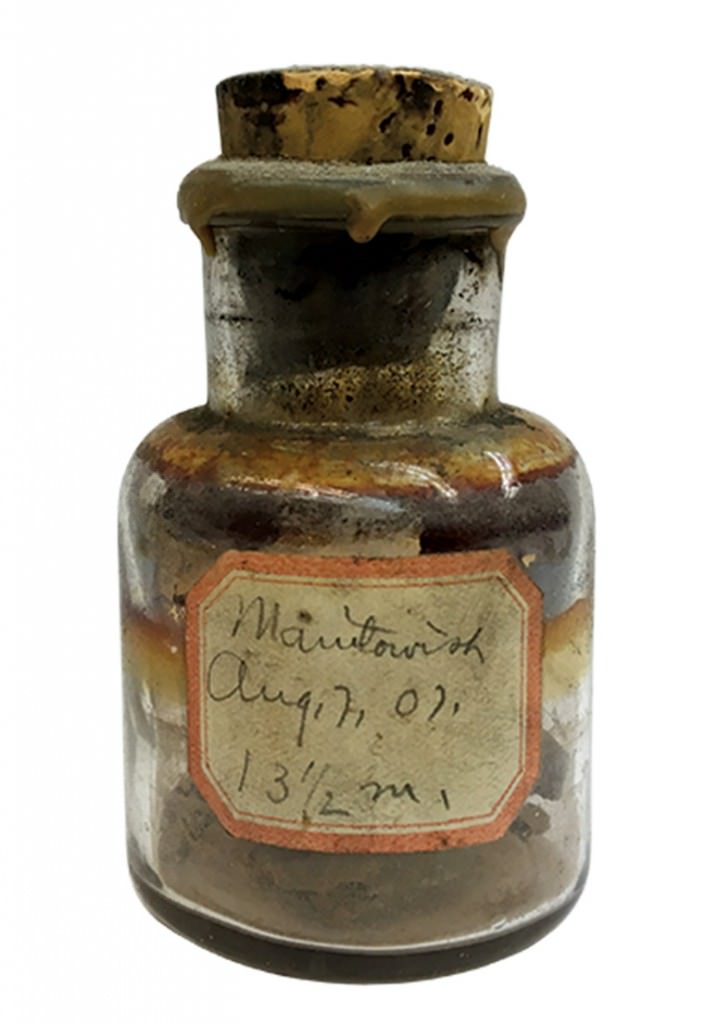 As pioneers of freshwater science, UW lake ecologists Edward Birge and Chancey Juday analyzed hundreds of Wisconsin lakes. Stanley cherishes one of their sediment samples, passed down to her from a predecessor and marked “Aug. 7, 1907, Lake Manitowish.” It’s now just dried mud in a discolored bottle, but it’s also a point of pride. 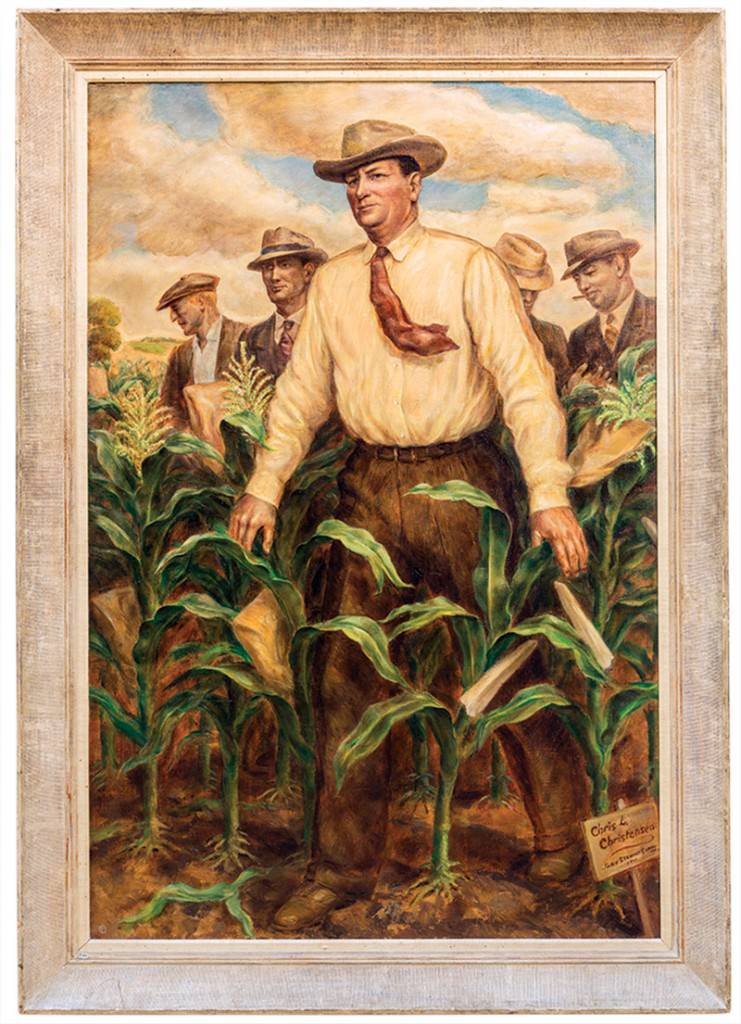 Curry, one of the great painters of American Regionalism, served as the first artist- in-residence at the agricultural college. In 1941, he painted Dean Chris Christensen in a field of sweet corn. The original hangs at the Chazen Museum of Art, but a 72-by-48-inch reproduction that once graced the dean’s residence ended up in a warehouse, where Tracy, agronomy department chairman, rescued it. “I’m very proud that it’s in a place of honor again,” he says. 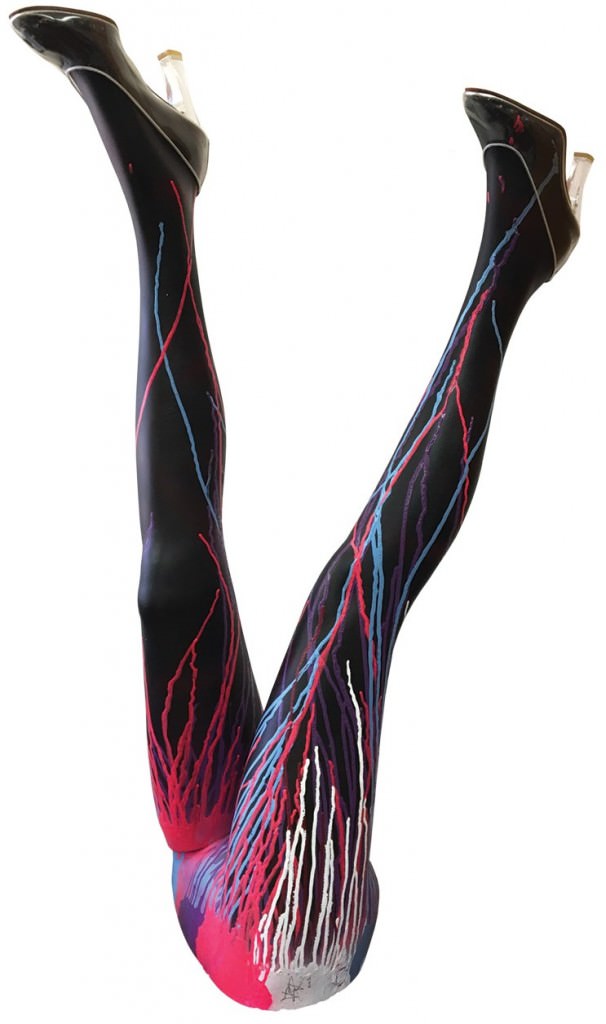 While jogging years ago, Adell rescued the discarded legs from a curb. They languished, unpainted, in a corner of her office until 2004, when student Brody Rose ’99, MFA’05 stopped by. “You have to paint my legs,” Adell told him. They now rise prominently from her desk, capped with high heels from her closet. “What I hope the legs convey,” she says, “is that this professor is a bit unconventional and a lot of fun.” 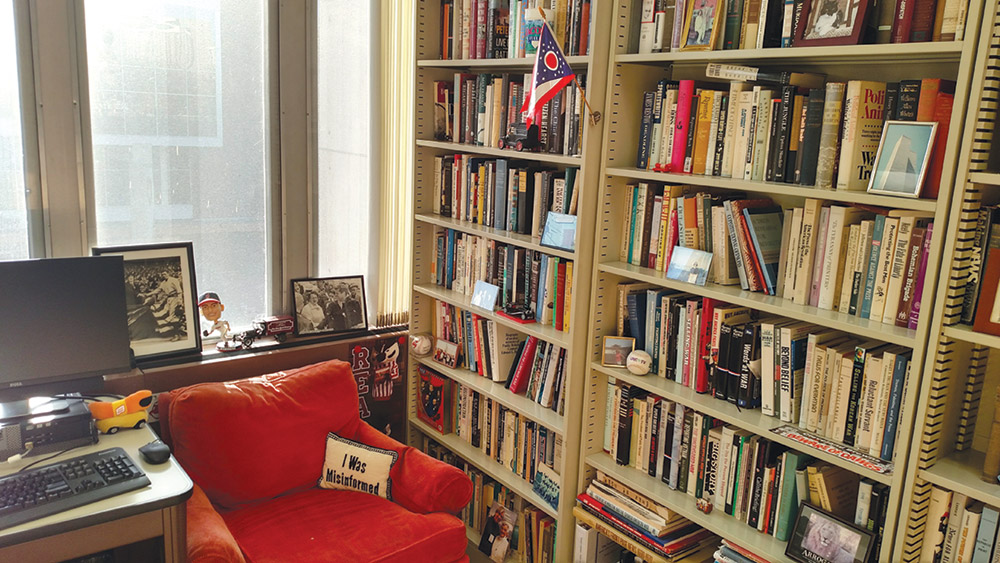 The late James Baughman’s office was as iconic as the professor himself.

He greeted you with a joke inviting you to sit in his “endowed chair” — a ratty seat wedged in a nook near his filing cabinets. He’d offer you a piece of Pez candy.

Once he’d warmed you up this way, your eyes would wander around his office, where the beloved teacher and journalism historian spent 37 years on the faculty of the School of Journalism and Mass Communication. Baughman’s office was equally intimidating and warm, recalls Caitlin Cieslik-Miskimen ’07, MA’14, because tucked onto its shelves and the surfaces were various objects that hinted at his life story: a baseball emblazoned with the Cleveland Indians mascot, a black-and-white photo of Babe Ruth with President Warren Harding (an Ohioan, like Baughman), a needlepoint pillow blaring, “I Was Misinformed.” No matter who you were, you could find a way to relate to him through those items.

Baughman passed away in March 2016 after a brief illness. A few months later, when it came time to clean out his office, his treasured mementos were offered up to his colleagues and made their way to new homes in offices across Vilas Hall.

“Maybe it’s just a way of reminding ourselves that being a little bit like Jim Baughman wouldn’t be a bad thing,” says associate professor Mike Wagner, who has Baughman’s “sifting and winnowing” paperweight, a symbol of the late professor’s commitment to the Wisconsin Idea.

Assistant professor Katy Culver ’88, MA’92, PhD’99 ended up with a small toy TV truck — complete with a tiny standup camera and tiny cameraman — that reflects Baughman’s love of television. Professor Dhavan Shah ’89 has a collection of presidential Pez dispensers. Baughman’s “God is a Packer Fan” button is now pinned to my bulletin board.

“It speaks volumes about Jim that lots of people wanted a memento, and they wanted something really specific,” Culver says. “They wanted their connection with Jim.”