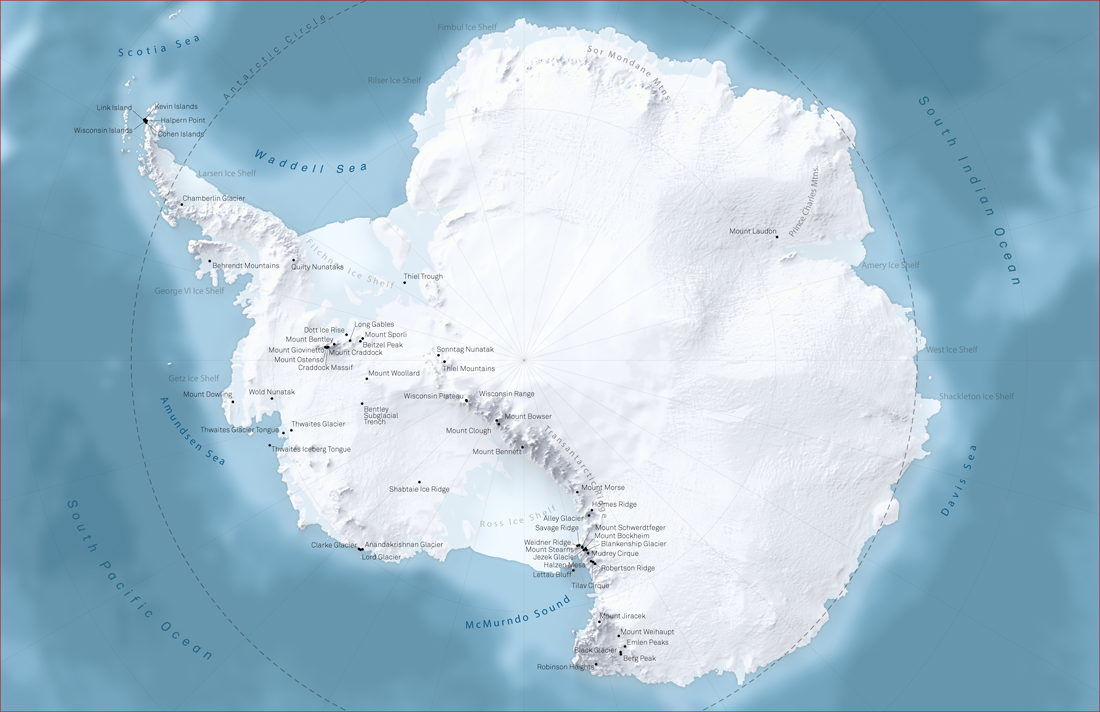 Badgers have made their mark on Antarctica, thanks to the UW’s long history of research and exploration of the continent. This map shows the known Antarctic features named for UW–Madison faculty, staff, and students. The names include glaciologist and geophysicist Charles Bentley, who spent 25 consecutive months in Antarctica beginning in 1957 and made at least 15 trips to the continent over seven decades. He died in August at age 87. Mount Bentley, the highest peak in what are now known as the Ellsworth Mountains, and the Bentley Subglacial Trench, an ice-filled trench the size of Mexico, are named in his honor. In 2008, Bentley told an interviewer: “I claim to be the only person with a hill and hole named after him.”