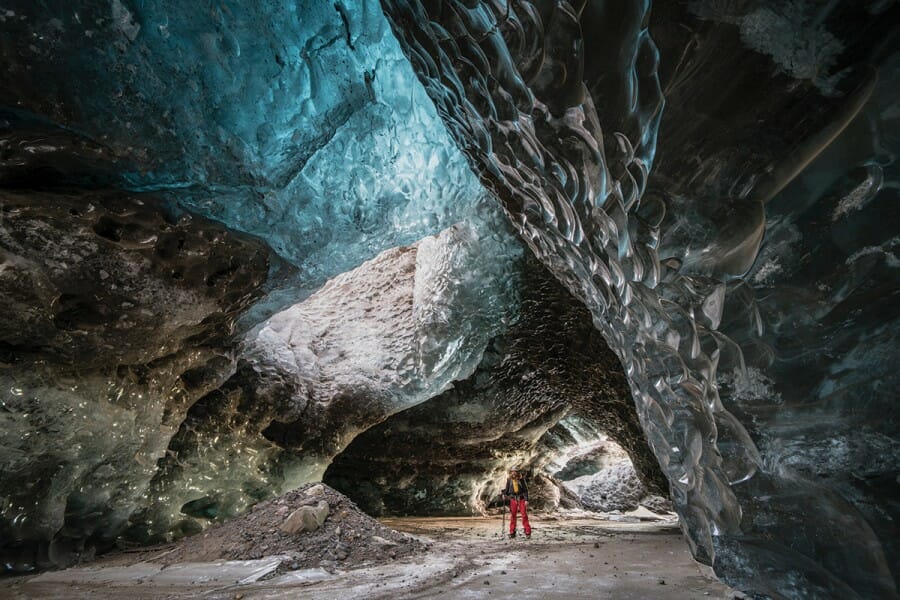 During more than four decades as a photographer, Michael Kienitz ’74 has worked in some of the most beautiful spots in the world — from Peru to the Hindu Kush mountain range near the Afghanistan–Pakistan border. But his camera was always focused on people at the center of armed conflicts, not their environments. The scenery was merely background.

That all changed five years ago when Kienitz visited Iceland for the first time. He was walking through a gravel area with a guide who took out his cell phone and shared a gorgeous photo of an immense ice cave. When Kienitz remarked on how beautiful it was, the guide said, “Two years ago, that cave was where we are standing.”

Iceland’s glacial ice is melting, due in large part to climate change. And that vanishing beauty is what motivated Kienitz to return to the island nation — so many times now that he’s lost count — to capture more of its breathtaking landscapes before they disappear. Last winter, he visited a stunning cave. “It’s already vanished. Collapsed,” Kienitz says. That sense of loss stands to be the gut punch for visitors who view his upcoming exhibition at the UW’s Chazen Museum of Art (September 14 to February 3), representing the subject that has dominated his work since that first visit to Iceland. His images — printed on long-lasting aluminum — as well as video he captured using drones equipped with HD cameras, are of places that may no longer exist or soon will be gone. And Kienitz hopes that pictures will have a greater impact on people than statistics from scientists.

“That, to me, is the most important thing,” he says. “I don’t want them to say … ‘Are these ever beautiful photos.’ I want them to contemplate the future of our planet and how rapidly it’s degrading in so many ways.”

Kienitz got his start at the UW photographing Vietnam War protests for the Daily Cardinal and later earned acclaim for his book and exhibit Small Arms: Children of Conflict. He doesn’t see an end to his efforts in Iceland.

“The beauty for me of doing photography is that I’m not going to be retiring,” he says. “It’s not in my lexicon.” 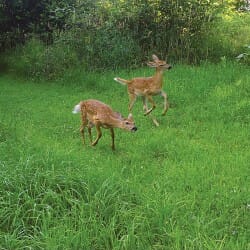 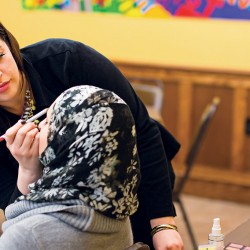 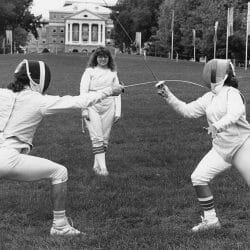