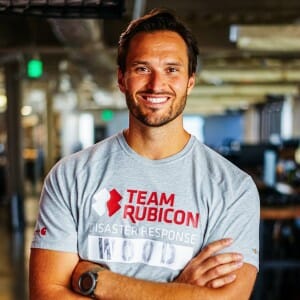 Wood describes the creation of Team Rubicon, which deploys veterans to respond to disaster areas around the world. Jonathan Glancy

In his new book, Once a Warrior: How One Veteran Found a New Mission Closer to Home, former marine sniper Jake Wood ’05 of Redondo Beach, California, revisits his return from Iraq and Afghanistan in 2009 and the subsequent creation of Team Rubicon, a nonprofit that deploys military veterans to respond to disaster areas around the world (read “A New Mission” from the Fall 2015 issue of On Wisconsin). In addition to helping communities affected by catastrophe — sending out veterans who use their military training to solve problems quickly and calmly — Team Rubicon offers veterans a renewed sense of purpose. As cofounder and CEO of Team Rubicon, Wood gives readers a look into the roots of the organization, which now — 10 years since its beginning — has more than 100,000 volunteers. 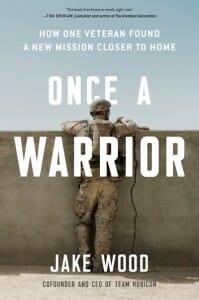 “It’s part memoir in that it’s the story of the last 15 years of my life, but it’s really intended to be bigger than that. It’s a story about service,” Wood said in an interview with NationSwell in April.

Wood, who was an offensive lineman for Badger football during his time on campus, earned the 2018 Pat Tillman Award for Service, which he received during the ESPYs (Excellence in Sports Performance Yearly Award) that year. Tillman, a former NFL player who enlisted in the army after 9/11 and died in Afghanistan, has been an inspiration to Wood. In his acceptance speech for the 2018 award, Wood said, “Know your neighbor, love your neighbor, help your neighbor. Doing that is the best tribute that we can pay to the memory of Pat Tillman, and it’s the best thing for our country right now.” 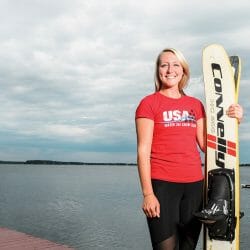