Aldo Leopold’s Shack: Nina’s Story (Center for American Places) is a new children’s book written by Nancy Nye Hunt ’78 and designed and illustrated by Earl Madden MFA’82 (who is also the art director for On Wisconsin). The story focuses on revered Wisconsin conservationist and UW professor Aldo Leopold and his family’s work to reclaim an abandoned farm (“the Shack”) in the 1930s and ’40s. It’s written from the point of view of Leopold’s late daughter Nina Leopold Bradley ’41, and the work includes contributions from the author’s daughters, Alison Drew Hunt ’09 and Emily Nye Hunt ’09.

Since the 1970s, Madison photographer Brent Nicastro ’77 has been capturing the many faces of our fair city, in all seasons, for dozens of publications. In his latest book, the third edition of Madison: Photography by Brent Nicastro (University of Wisconsin Press), the reasons why we love this place shine through, accompanied by captions in four languages.

If you’ve ever wished that you had all of your ducks in a row, perhaps Nancy Randolph Greenway ’69’s Life Organizer: The Essential Record Keeper & Estate Planner (Welcome Books) can help. It’s a place to record and store essential information and to make use of reader-friendly worksheets, checklists, resources, and planning advice for your assets and your wishes at any stage of life. Greenway lives in Richmond, Virginia.

“I’ve published a collection of short stories,” writes Akio Konoshima ’47, “many written under the guidance of the late Helen C. White. … She said I had a story to tell.” The title of his episodic novel, What Pearl Harbor Wrought (Plain View Press), comes from the trauma of the 1941 attack, which dramatically shaped the life of the Bethesda, Maryland, author: the internment aftermath, serving in the U.S. army, returning to Tokyo, and life lived in London and Washington, D.C.

In his post-9/11 roles as the inspector general and then head of counterintelligence for the National Security Agency, Joel Brenner ’69 grew alarmed about the state of our nation’s cyber-security. He’s offered his chilling appraisal, along with his proposal to correct the system, in America the Vulnerable: Inside the New Threat Matrix of Digital Espionage, Crime, and Warfare (Penguin Press). Brenner currently practices law in Washington, D.C.

Debra Palzewicz Brenegan ’82’s Shame the Devil: A Novel (SUNY Press) tells the true story of feminist Sara Payson Willis, one of the most successful, influential, and popular novelists and journalists of the nineteenth century. Writing under the pseudonym Fanny Fern, she was an Oprah for her time. Brenegan is an assistant professor of English and the coordinator of women’s studies at Westminster College in Fulton, Missouri.

A Bird in the Oven and Then Some: 20 Ways to Roast the Perfect Chicken Plus 80 Delectable Recipes (Kyle Books) is surely making Mindy Fox ’91 proud. It received praise from the London Times, was among the New York Times’s best cookbooks in 2010, and was part of Food & Wine’s “Best of the Best” compilation this fall. Fox is a New York-based author, food writer, and La Cucina Italiana food editor.

If you want writing that’s been called “vivid,” “sharp,” “enlightening,” “well-reasoned,” “personable,” “thoughtful in the most joyous sense,” and just plain “refreshingly good stuff,” then New York City essayist Arthur Krystal ’69 has just the thing: Except When I Write: Reflections of a Recovering Critic (Oxford University Press). Its title essay was chosen for the 2010 edition of Best American Essays.

Marcia Rettig Carmichael ’73, the passionate historical gardener at Old World Wisconsin in Eagle, has written Putting Down Roots: Gardening Insights from Wisconsin’s Early Settlers (Wisconsin Historical Society Press) to let us know what we might be missing in the way of food-plant and flower varieties, recipes, cultivation techniques, tools, folklore tidbits, and agricultural and culinary traditions.

Hearty congrats to John Hanc MA’83 on publishing his ninth book: Not Dead Yet: My Race against Disease from Diagnosis to Dominance (St. Martin’s Press). It’s the inspirational memoir of Phil Southerland, a Type 1 diabetic who became a professional bike racer and founded a team of championship racers called Team Type 1. Hanc is an author, journalist, and professor who lives in Farmingdale, New York.

Terming herself “the world’s oldest teenager,” New Yorker Arlaina Tibensky-Edgar ’94 has realized that she’s destined to write for teens, who are, she says, “the most amazing and most alive people on the planet.” To that end, she’s penned And Then Things Fall Apart (Simon & Schuster), about “how Sylvia Plath and an old typewriter usher a reluctant virgin through the worst summer of her freaking life.”

You may never have heard of O.C. Simonds, but the Chicago landscape designer created an early plan for the UW campus and designed Madison’s Tenney and Vilas Parks, Shorewood Hills, and The Highlands, as well as hundreds of other sites throughout the U.S. You can learn more in Barbara Geiger MA97’s new biography, Low-Key Genius: The Life and Work of Landscape-Gardener O.C. Simonds (Ferme Ornée). Geiger is a landscape historian, educator, and lecturer who lives in Wilmette, Illinois.

Born Again Skeptic & Other Valedictions (Mongrel Empire Press) is the latest set of essays by Robert Murray Davis PhD’64 of Sun Lakes, Arizona. In it, the University of Oklahoma emeritus professor and “peripatetic knowledge-seeker” takes on life’s big and small questions with writing that’s by turns witty, provocative, and warm-hearted.

Many adults know the pain of losing a parent, child, or sibling, and now Susan Boykoff Schoenbeck ’67, MS’84 has written Good Grief: Daily Meditations, A Book of Caring & Remembrance (Dancing Moon Press) to offer a compassionate and wise path through the first year of mourning. She’s a registered nurse and nursing instructor at Carrington College in Portland, Oregon.

Corporate Governance Failures: The Role of Institutional Investors in the Global Financial Crisis (University of Pennsylvania Press) is an essay compilation that not only expands the discussion of the global financial crisis with fresh perspectives, but also offers proposals to mitigate future financial turbulence. Among the work’s editors is James Hawley ’66, a professor of economics and business at Saint Mary’s College of California in Moraga and director of the Elfenworks Center for the Study of Fiduciary Capitalism.

Hielke De Jong PhD’71 and his son Walter De Jong PhD’94 have co-authored The Complete Book of Potatoes: What Every Grower and Gardener Needs to Know (Timber Press). Hielke spent most of his career as a potato breeder at the Agriculture and Agri-Food Canada Potato Research Centre in Fredericton, New Brunswick, while Walter is an associate professor at Cornell University in Ithaca, New York.

Myron Echenberg PhD’71, a McGill University professor emeritus of African history, has pursued his special interest in the history of health and disease in the developing world to create Africa in the Time of Cholera: A History of Pandemics from 1817 to the Present (Cambridge University Press). He resides in Montréal, Québec.

In the years following 9/11, Susan Fox ’90 lived a short block away from Ground Zero, witnessing her community’s struggle to recover. As the Dust Settles: Finding Life at Ground Zero (Dog Ear Publishers) is her series of stories about those who mourned but persevered. Fox is an adjunct professor at the Corcoran College of Art & Design in Washington, D.C.

American History Now (Temple University Press) brings together eighteen historiographic essays that pose new questions and develop novel approaches for interpreting periods from the colonial era to the Reagan years. Lisa McGirr ’85, a professor of history at Harvard University in Cambridge, Massachusetts, is the collection’s co-editor.

Madisonian Joyce Stover Bromley ’94, MA’97 has commemorated the fiftieth anniversary of the UW’s honors program, which began when 172 students petitioned then-President E.B. Fred to provide a more rigorous undergraduate education. The College of Letters & Science was the first to respond to the challenge, and An Honorable Legacy: The First Fifty Years of the Honors Program in the College of Letters & Science, University of Wisconsin-Madison (Parallel Press) is the story of what happened next.

The Big Enough Company: Creating a Business That Works for You (Portfolio): the title pretty much says it all to entrepreneurs who want to run businesses that support their own personal goals, not the standards of others. Its co-author is Amy Abrams ’95 of Brooklyn, New York. 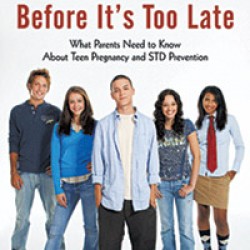 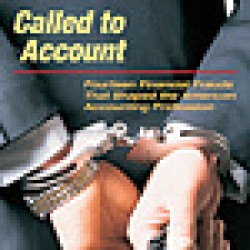