Delicate Edible Birds and Other Stories (Voice) by Lauren Groff MFA’06 of Gainesville, Florida, is a new collection of short stories that “exposes the dark undercurrents and quiet joys of women’s lives.” Groff has also written The Monsters of Templeton, about which Stephen King said, “I was sorry to see this rich and wonderful novel come to an end, and there is no higher success than that.”

Lucky Dog: The Experiences of One Member of the U.S. Army Air Corps during World War II (Stone Hedge Graphics) is a memoir by Douglas Holt ’49, who spent most of his career with Milwaukee’s Harnisch-feger Corporation, retiring as president of Harnischfeger Engineers.
Civil Society and Social Movements: Building Sustainable Democracies in Latin America (Inter-American Development Bank) is edited by Arthur Domike, Jr. MS’53, PhD’61. After nineteen years with the United Nations, he’s now a faculty fellow at American University’s School of International Service in Washington, D.C.
Posters, Propaganda, and Persuasion in Election Campaigns around the World and through History (Peter Lang Publishing) reminds us that the American election process is hardly the only one. Author Steven Seidman ’67 teaches in, and is the chair of, the Department of Strategic Communication at Ithaca [New York] College.
Explore Wisconsin Rivers by Doris Green ’70, MA’73 and her spouse, Michael Knight ’81, is part guidebook, part reference, and part travelogue — the first in a new Trails Books series. The couple lives in Spring Green, Wisconsin.

Bo Ryan: Another Hill to Climb (KCI Sports Publishing), by Bo Ryan with Mike Lucas x’72, is full of reminiscences about Ryan’s years in basketball and as head coach of the UW men’s team. Lucas is a longtime Capital Times sports columnist in Madison.
Beyond the Deal: Mergers & Acquisitions That Achieve Breakthrough Performance Gains (McGraw-Hill) is co-authored by Jay Chatzkel MS’88, principal of Progressive Practices in New River, Arizona.
The Clinch Knot (Bleak House Books) is the third in the fly-fishing mystery series by John Galligan ’79, MA’84, and stars Ned “the Dog” Oglivie as its “anti-hero.” Galligan teaches at Madison Area Technical College.

Primal Management: Unraveling the Secrets of Human Nature to Drive High Performance (AMACOM) may turn corporate America on its head, says author Paul Herr ’77, MS’80 of Madison, by demonstrating that “emotions tell us what we need to survive, and the logical mind tries to fulfill those needs.”
On-the-Road Histories: Wisconsin (Interlink Books) by Mark Van Ells ’90, MA’92, PhD’99 starts with our once- prominent glaciers and brings readers to the present with all that they should know about the Badger State. The author is an associate professor of history at Queensborough Community College in New York City.

Critter Sitter (Walker Books for Young Readers) by Chuck Richards MFA’83 is a children’s book about the problems a young entrepreneur has with the unruly pets under his care. The author and illustrator is an associate professor in the Integrated Studio Arts Program at Iowa State University in Ames.
European Perceptions of Islam and America from Saladin to George W. Bush: Europe’s Fragile Ego Uncovered (Palgrave Macmillan) is authored by Peter O’Brien MA’84, PhD’88. He’s a political science professor at Trinity University in San Antonio, Texas.

Empowering Youth: How to Encourage Young Leaders to Do Great Things (Search Institute Press) is the work of Kelly Curtis ’90 — a school counselor in northwestern Wisconsin, an advocate of the Developmental Assets approach, and the founder of Empowering Youth.
Traffic: Why We Drive the Way We Do (and What It Says about Us) (Knopf) by Tom Vanderbilt ’91 has recently spent time on the New York Times bestseller list. The Brooklyn, New York, author got his start at the Daily Cardinal.
Trucking Country: The Road to America’s Wal-Mart Economy (Princeton University Press) is the debut book of Shane Hamilton ’98, an assistant professor of history at the University of Georgia in Athens.
The Vanishing Present: Wisconsin’s Changing Lands, Waters, and Wildlife (University of Chicago Press) is co-edited by Thomas Rooney PhD’00, an assistant professor of biology at Wright State University in Dayton, Ohio, and UW-Madison botany professor Donald Waller. 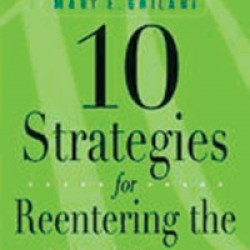 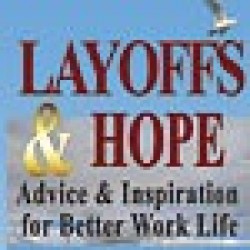