The Professor Who Twerked with Lizzo 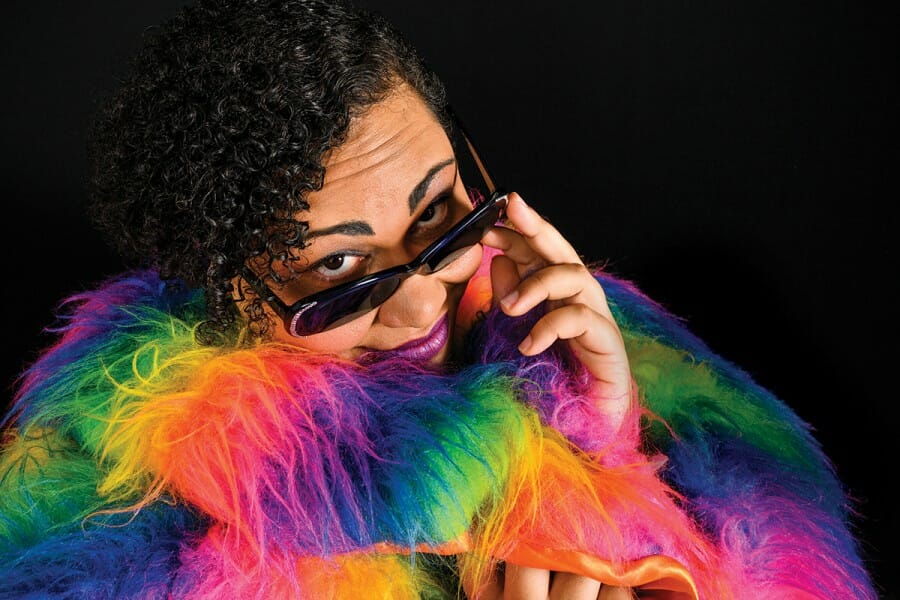 While many people hope to meet their favorite pop stars, few have the chance. And even fewer get to twerk with them.

Sami Schalk is the exception. An associate professor in the UW Department of Gender and Women’s Studies, Schalk focuses on the intersection of disability studies and black feminist theory. She’s interested in how identities can influence the way we move through the world — and that led her to the superstar rapper and singer Lizzo. In October, the two shared a moment.

Before Lizzo’s tour stop in Madison, Schalk posted a video of herself on Twitter in a silver cape, announcing that she wanted to #TwerkWithLizzo. The campaign caught Lizzo’s attention, and at the concert she called Schalk onstage. They danced. And then, Schalk went viral. The video has more than 120,000 views on Twitter. Now, she’s incorporating the experience into her work as an example of “pleasure activism.”

How did you get into researching disability, race, and gender in contemporary culture?

My sophomore year of college I took a course called Women and Disability. I was a newly out, black, queer woman and thought I knew everything about oppression. Then I got in this class, and it blew my mind. I realized that if I was going to keep asking white folks and men and straight folks to be allies to me and understand their privilege, I needed to do that work myself. I started taking as many classes as I could on disability studies and fell in love with the field.

What prompted your #TwerkWithLizzo campaign?

I identify with Lizzo a lot as another fat black woman. I love her music and the message of her music. I’ve included it in classes, in terms of body positivity and resisting body shaming. I realized that the relationships between my identities and Lizzo’s — as well as the fact that we both like to twerk — were a chance to get her attention. I made a shiny cape for the concert and a video of myself dancing in it, and it got viewed over 40,000 times before the concert.

How was twerking with her?

It was surreal. Lizzo said, “There’s someone here, I can’t remember their name, but they want to twerk with me.” I was in the second row, so I just screamed that it was me, and it happened very quickly. I put on the cape and went onstage in front of 2,500 people. I could barely hear because it was so loud. And then we danced. Afterward, it was almost impossible to leave the concert because so many people were stopping me. It just blew up.

What’s been the response?

People were excited for me, but others body-shamed me because I was dancing and having fun. I believe we all have the right to be full and complicated people. Pleasure and joy are often denied to marginalized people. We spend so much time trying to end oppression and violence that we deny ourselves access to the things that make life worth living. Claiming that publicly is really important in this contemporary moment.