Kathy Cramer ’94 is the director of the Morgridge Center for Public Service, but she could just as easily go by the title given to the 1,500 students who take part in one of its largest programs each year: Badger Volunteer. Cramer grew up in Grafton, Wisconsin, and joined the UW faculty after earning her PhD in political science at the University of Michigan. For fourteen years, she’s taught the course Citizenship, Democracy and Difference, which this fall is focusing on racial justice and has students working in city government and after-school programs and reflecting on how those efforts can make a difference.

Let’s start by going back in time: what was your first experience with volunteering? With Neil Willenson ’92, who started Camp Heartland [a summer camp for children with HIV/AIDS]. We got to be friends when we were in high school. There was this organization in Milwaukee called The Gathering, which was a meals program for homeless folks or people in poverty. Neil had volunteered there … and a couple of times I went down with a carload of pals, and we volunteered. It sticks out in my mind because it felt really good to be helping other people do good work.

What is the center’s role? Is it unique among public universities? The Morgridge Center is unique in that it is a home to so many different civic engagement activities, so not just volunteering, but supporting community-based learning courses and community-based learning research grants for undergraduates. But I don’t want to overstate that all civic engagement activity on campus is housed here — that’s not the case at all. One of the great things about this place is just about every entity has some kind of civic-engagement component, and that’s the nature of being home to the Wisconsin Idea. It’s valued everywhere on this campus.

Are you hopeful about a national trend toward citizens giving back to their communities? It’s hopeful and worrisome. Especially among young people, we see a trend toward more volunteering and less trust in government. It’s great that there is such a strong volunteering ethic among young people. And yet, for me, especially as a political scientist, if it’s a turn away from government, I don’t think that’s a good thing. I still believe that we live in a democracy and that in order for that to be the case in the future, we’ve got to work through our government, and we have to believe in government.

Do you see yourself as a caretaker of the Wisconsin Idea? I do. As a kid who grew up here in this state and believed in the [concept of the] Wisconsin Idea from a very young age, I believe it’s my responsibility, especially now as a faculty member and an administrator. If I’m not doing my job in a way that’s consistent with the Wisconsin Idea, then we’re kind of in trouble. 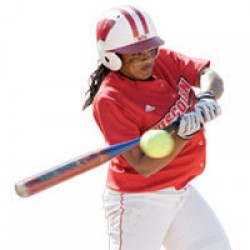 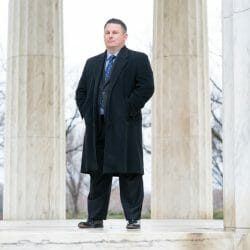