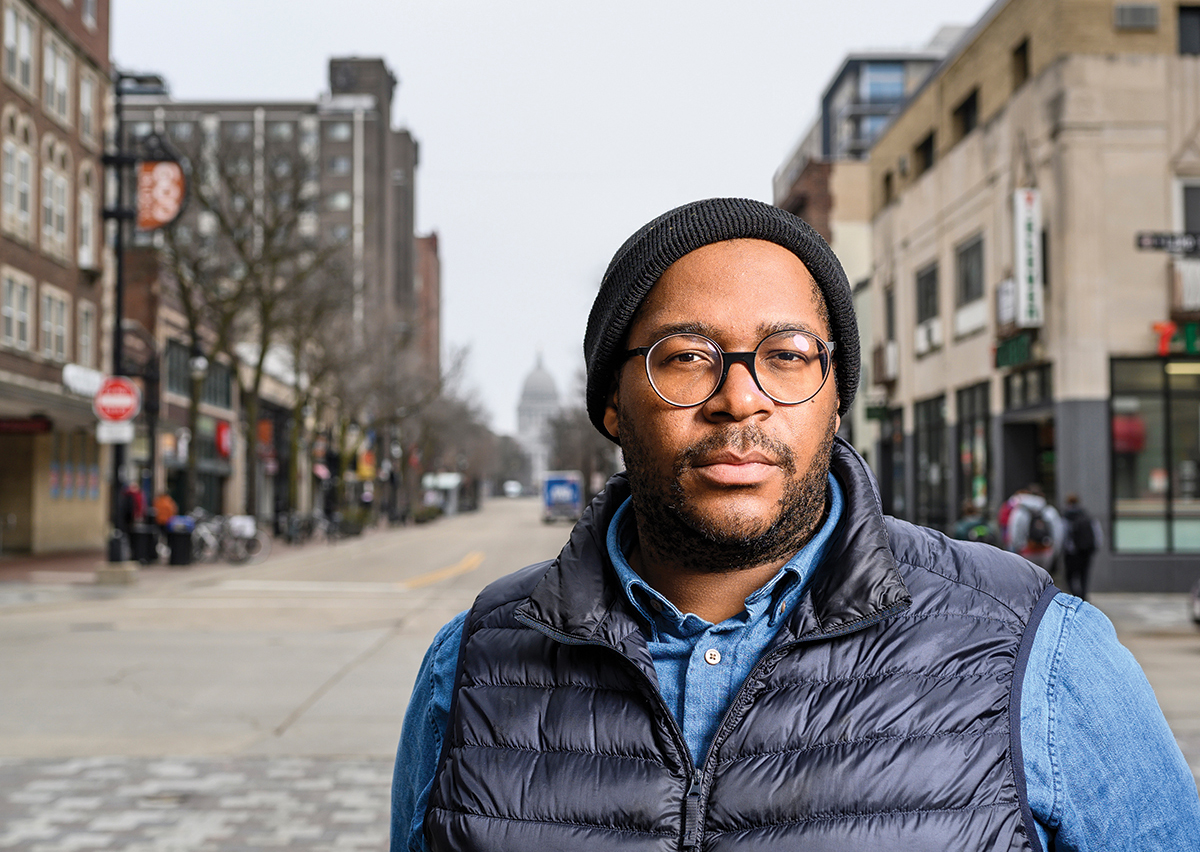 Taylor’s novel is about a queer black biochemist from Alabama who’s struggling to navigate a largely white Midwestern college town.

Brandon Taylor MS’17 had to decide which passion he could live without. Science, the profession he’d imagined for himself since childhood. Or writing, which he’d embraced in adulthood to process his complex experiences.

Taylor was pursuing a PhD in biochemistry at UW–Madison four years ago when he wrote the manuscript of Real Life (Riverhead Books), his debut novel, published in February to widespread acclaim. In lab, he hovered over a microscope to inspect nematodes and their germlines. At home, in just five weeks, he sketched a storyline that reflected — and would later transform — his life.

After earning his master’s degree from the UW, Taylor left the biochemistry program to attend the prestigious Iowa Writers’ Workshop, where he gained a following for his short stories and refined his novel. Taylor’s writings explore profound emotion with, aptly, an almost scientific precision.

Real Life follows graduate student Wallace and his circle of friends over the course of a typical-turned-tragic weekend. Wallace, mirroring Taylor’s journey, is a queer black biochemist from Alabama who’s struggling to navigate a largely white Midwestern college town.

Experiencing subtle and overt acts of racism becomes a fact of life for Wallace, as does his white friends’ silence in response. “There will always be good white people to love him and want the best for him but who are more afraid of other white people than of letting him down,” Taylor writes.

As the page turns, ghosts of his past and cruelties in the present converge, forcing him to reckon with long-suppressed feelings. Wallace is a nuanced protagonist whose cynicism and choice to finally lash out could upend his life.

In a way, Taylor has never left Madison. Real Life is set in an unnamed city, but those familiar with his alma mater will quickly pick up on the parallels: the lakeside terrace, the spruce-filled peninsula, the students’ red-and-white attire. And he’s working on a new novel about an art museum in (officially, this time) Madison.

Why did you decide to set the novel in a city like Madison?

I realized that part of the reason I failed to write a novel before Real Life is that I was trying to write stuff set in New York City. I thought that’s what a literary novel was — a book set in New York. Part of my strategy to finally finish something was to set it in a place I was familiar with. The reason it’s unnamed is that, at the time, I just felt like I didn’t have the chops as a writer to bring Madison to life as a character. If I had tried to do that, I would have distracted readers from the real story. I didn’t want people to read the book and be like, “That’s not where that street is!”

Why did you want to write a campus novel?

I love that the campus is a space that exists outside of the rules of society and yet serves as a kind of metaphor for the rules of society. Campuses are these incredibly rich spaces where you have people from all kinds of experiences being brought together and put under pressure. And yet there are all these rules for what you do and where you have your lunch and how you behave.

The book lays bare some of the challenges of grad school, like the long hours and political culture. How are Wallace’s experiences in academia reflective of yours?

I had a very particular grad school experience, and it’s one I don’t see reflected a lot in literature or in the media. I wanted to tell a kind of truth about it. So I did draw on certain conversations and certain things that I witnessed and experienced myself. But the most direct, verbatim material that comes from my life are a lot of the microaggressions that Wallace experiences.

The book critiques “well-meaning white people,” who may have the right intentions but lack an awareness of the hurtful things they’re saying or doing. Did you experience that here?

Madison was the first place I lived on my own as an adult in the world. It’s a beautiful city. But my expectations were a little naive. I thought, “Oh, finally, I’m leaving the South, so everyone’s going to be so nice.” But it became really quite difficult in terms of race. I was encountering white people who had never had a substantial interaction with a person of color and didn’t know how to interact with me.

The novel is extremely detailed. Every interaction, every word, every movement carries so much meaning for Wallace. Is that the way you experience the world?

I’m immensely interested in every part of an interaction. I dissect it endlessly. It’s so fascinating to think about tone of voice, and body posture, and what’s happening in the background. I could spend endless hours staring at a screenshot from a TV show and really pulling it apart. That’s what scientists and writers have in common — an aliveness to this sensuous quality of the world. My favorite books take these mundane lives or mundane activities and turn them over and over and over until a meaning emerges.

What do you want readers to take away from the novel?

I wrote this book to capture a particular set of anxieties around what it’s like to wake up one day and realize that you have made a series of concessions in order to survive your circumstances, but those same concessions have also made your life increasingly small. So I hope it’s a novel that lets people feel a little less lonely when they have those moments.

How do you feel about your time in Madison?

As critical as the book can be at times, and as difficult as my time there was, it was also a time of great happiness and joy for me. I made so many friends, and I learned how to be a more conscientious person. Madison is a place that is so near and dear to my heart. 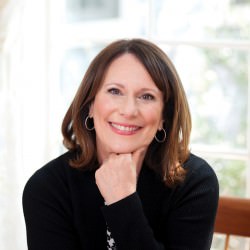